Where Was Hallmark’s Holiday Heritage Filmed? Who is in the Cast? 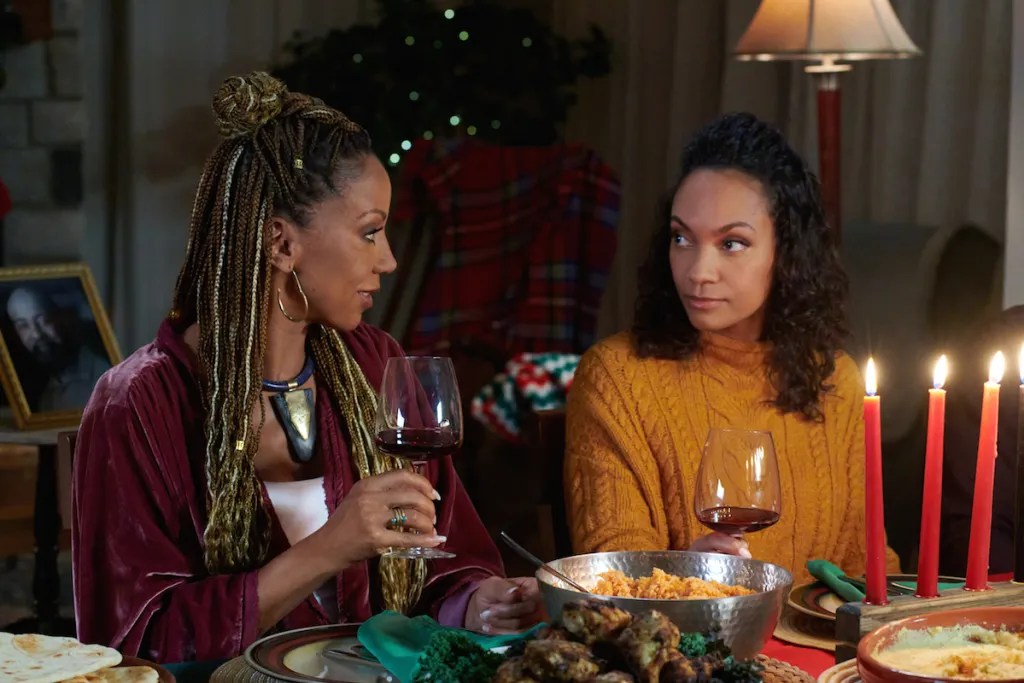 Directed by Alfons Adetuyi, Hallmarks ‘Holiday Heritage’ is a romantic comedy movie that follows the story of Ella and her reunion with her family to heal past wounds. The narrative follows Ella, who, with the help of her ex-boyfriend, Griffin, attempts to fix the past issues and revel in the merriment of the holiday season, be close to her loved ones during Christmas and Kwanzaa (the traditional celebration of African heritage in African-American culture) and give her family another chance.

The Hallmark movie revolves around the themes of the holiday season, where families come together and some strive to rekindle broken old bonds. Moreover, all those themes seem quite realistic, and the picturesque background truly captures the essence of Christmas. So, many of you might even be wondering where it was shot. So, if you are also riding this sleigh of curiosity, allow us to provide all the necessary details!

‘Holiday Heritage’ was filmed entirely in Ontario, specifically in Ottawa. The film is a part of Hallmark’s ‘Countdown to Christmas’ lineup, and Michael Galbraith served as the cinematographer. Principal photography of the film presumably began in the Spring of 2022 and was wrapped up within a month of filming. Now, let’s learn more about the aesthetic locations in the Christmas romance.

‘Holiday Heritage’ was filmed extensively in the Canadian capital of Ottawa in Ontario province. Apart from being packed with tourists throughout the year, Ottawa is visited by several filmmakers; the city has hosted the production of various projects. Over the years, the scenic locales and production facilities of Ottawa have doubled up as filming sites for ‘Hotel for the Holidays,’ ‘Royally Wrapped for Christmas,’ ‘The Christmas Setup,’ and ‘Too Young to Marry.’ Thus, it is not surprising why the cast and crew of ‘Holiday Heritage’ chose the city as a shooting site.

Ottawa is known as the nation’s political center and the federal government’s headquarters. Located on the confluence of the Ottawa River and the Rideau River, the city has long remained a focal point for industries to thrive. The same holds for movies, as the Canadian capital’s well-developed infrastructure allows for an efficient lensing process. Shooting in and around Ottawa is relatively well-organized and supported by many public and private organizations.

Like any significant filming site, Ottawa’s popularity as a filming location has also helped the economy of the city and its surrounding areas. Over the years, various suburban regions around Ottawa have been utilized as backgrounds in multiple movies and shows. Several nearby cities, primarily those in the National Capital Region, are major production hubs for western filmmakers.

The rich history and culture of Ottawa are significant factors in its desirability as a location for filming movies and television productions. Since its establishment in the early 19th century, the city has been essential to the history of the nation. Ottawa’s culture has been influenced by several unique customs and ways of living.

Lyndie Greenwood essays the role of Ella in the romantic comedy film, ‘Holiday Heritage.’ You might recognize the actress from her performance in other productions such as ‘Girlfriendship,’ ‘Into the Dark,’ ‘Sleepy Hollow,’ ‘The Expanse,’ and others. Brooks Darnell portrays Griffin, the ex-boyfriend. You might know him from his other appearances in ‘The Young and the Restless,’ ‘Advice to Love By,’ ‘Flirting with Romance,’ ‘ A Winter Getaway,’ and others.