Where Was Hallmark’s Love’s Portrait Filmed? Who is in the Cast? 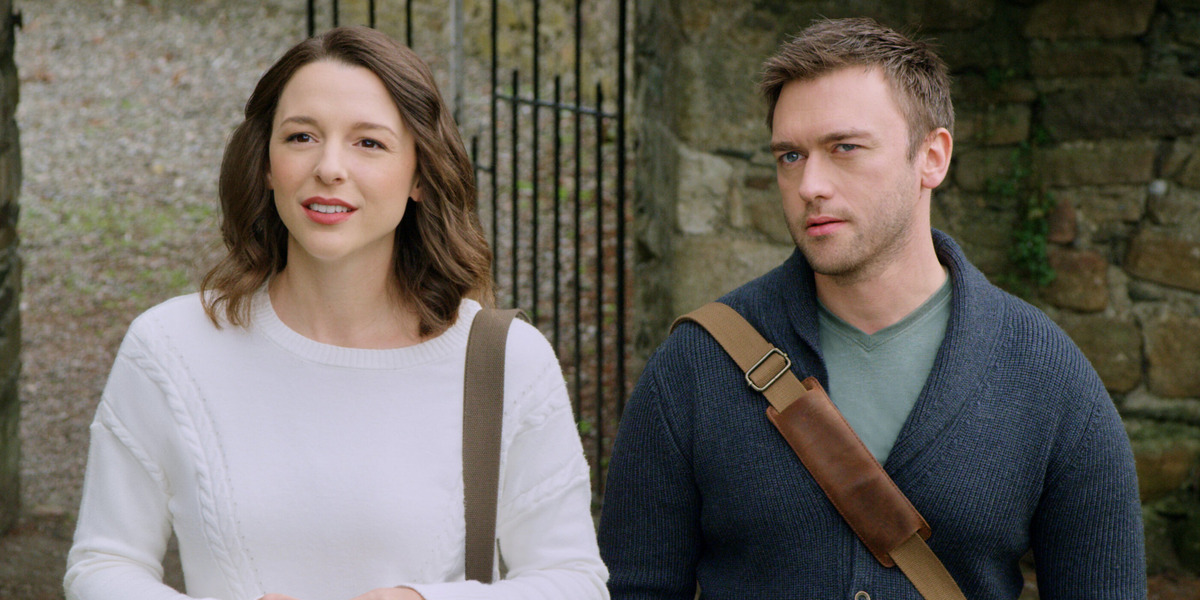 Hallmark’s ‘Love’s Portrait’ is a romantic drama movie directed by John Lyde from a screenplay he co-wrote with Brittany Wiscombe. It follows Lily, a museum curator who discovers a painting that closely resembles her. As a result, she sets out on an epic adventure to Ireland in hopes of meeting the painting’s artist and ends up experiencing a romance like none other. Given the scenic backdrops that appear in the scenes and the stellar on-screen performances, viewers must be curious to learn more about the filming locations and cast of ‘Love’s Portrait.’ In that case, here is everything we have gathered!

‘Love’s Portrait’ was filmed in the Republic of Ireland and Utah, specifically in County Kilkenny and Utah County. Ireland serves as the movie’s primary setting, so it is no surprise that the makers chose to shoot in the country and capture its natural beauty for the screen. Principal photography on the project commenced sometime in October 2021 and concluded by the end of November 2021. Let’s take a closer look at the movie’s exact filming spots.

The cast and crew recorded most of the scenes in County Kilkenny, especially in the beautiful village of Inistioge, situated on River Nore. It features historic buildings and abundant natural vegetation, making it a popular shooting spot. Scenes were shot at Cullintra House, a bread and breakfast ten minutes from Inistioge, as well as at The Otter Bar, a popular restaurant in the village.

Pivotal portions of the movie were taped in Kilkenny, a city in the same county; Wallslough Village Holiday Cottages, a holiday retreat in the city, served as one of the shooting sites. Kilkenny is a popular tourist destination, and local attractions include Kilkenny Castle, St Canice’s Cathedral, Rothe House, Shee Alms House, Black Abbey, St. Mary’s Cathedral, and Kilkenny Town Hall, among others. It is also known for public gardens and museums.

The film’s crew then visited Jerpoint Abbey, a ruined Cistercian abbey founded in the second half of the 12th century. It is located near Thomastown, County Kilkenny, and is renowned for its architectural style.

Back in the US, the production unit of ‘Love’s Portrait’ shot several scenes in Springville, a city in Utah County. It is known for its arts and culture and as the filming location of the famous 1984 dance romance movie ‘Footloose.’

Some scenes of the movie were shot in Provo, the fourth largest city in the state and the largest in Utah County. It is a significant business and educational hub of the state. Movies such as ‘Dumb and Dumber,’ ‘The Night Clerk,’ and ‘Pride and Prejudice’ were lensed in Provo.

Aubrey Reynolds essays Lily in the Hallmark romance; Reynolds is known for her performance as Maude Beaumont in the superhero drama series ‘DC’s Legends of Tomorrow.’ Her other credits include the movies ‘A Sister’s Grudge’ and ‘Bookworm and the Beast.’ Richard McWilliams portrays William in ‘Love’s Portrait.’ The actor is known for his work in TV shows like ‘Vikings‘ and ‘Fair City.’

Read More: Where Was Hallmark’s Unthinkably Good Things Filmed? Who is in the Cast?