Where Was Hustle Filmed? 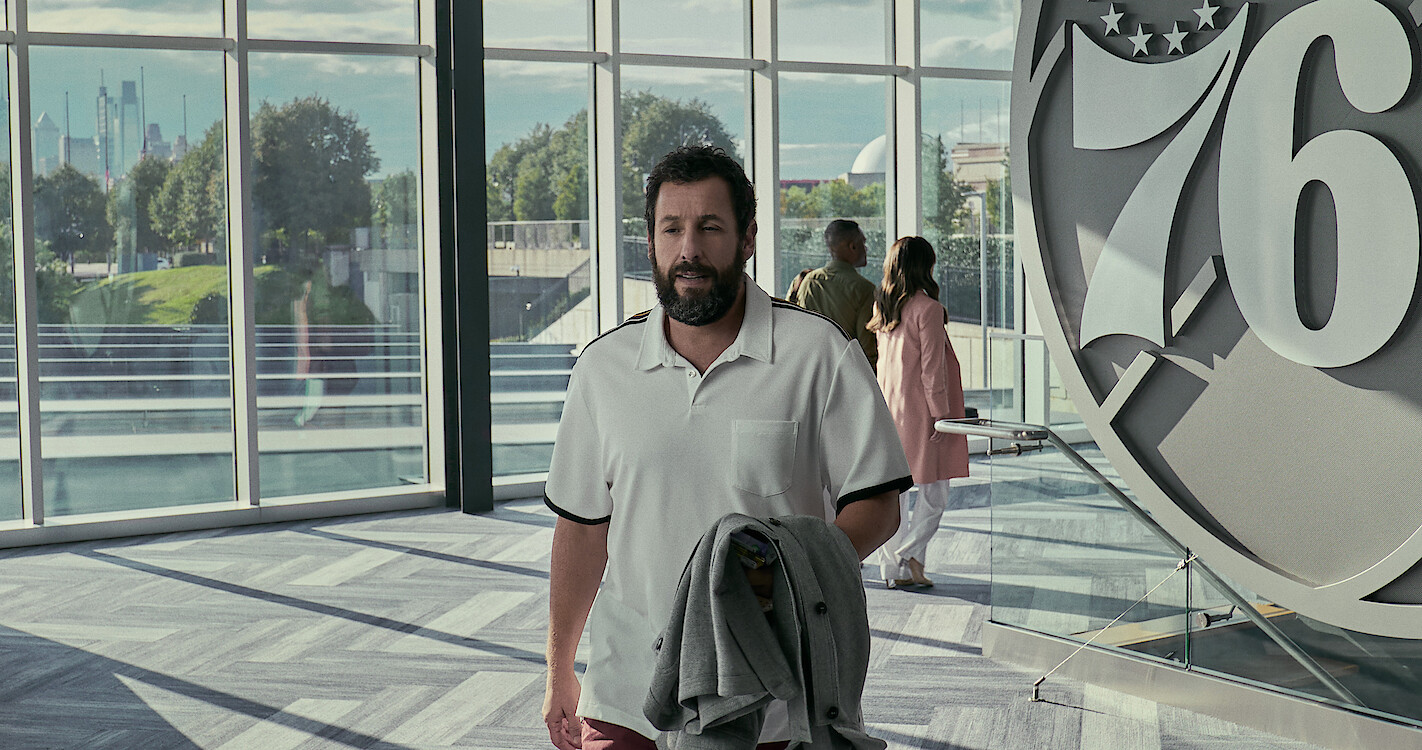 Directed by Jeremiah Zagar, ‘Hustle’ is a sports drama movie that revolves around a washed-up basketball scout, Stanley Sugarman, who is trying to make his way back to the NBA. In an attempt to revive his career after being fired, Stanley comes across an amateur Spanish talent, Bo Cruz, and develops him to be a pro. As optimism sets in, the former basketball scout believes that this might be the ticket to getting his career back on track.

Stanley travels across the globe in search of a talent that has the potential to change his life, revive his career, and even leave a mark on the game. Moreover, a large portion of the movie is set against the backdrop of different basketball courts, which fuels viewers’ curiosity. If you are one such curious soul who wants to know about the actual locations that serve as filming sites for the Adam Sandler-starrer, we have all the information you need!

‘Hustle’ was filmed in the United States and Spain, specifically Pennsylvania, New Jersey, and Mallorca. The principal photography for the sports film commenced in October 2020 and wrapped up in early October 2021. The difference in locations is quite evident throughout the film, especially when Stanley takes Bo Cruz to travel to the US with him from Spain. Now, let’s navigate the specific production locations that create the different settings for the basketball-centered movie!

A majority of the sequences for ‘Hustle’ were lensed in Philadelphia, the most populous city in the state of Pennsylvania. The production team was spotted across the city, filming various exterior as well as interior scenes for the movie. For recording the basketball court sequences, they set up camp in different arenas and courts, including Wells Fargo Center and The Palestra. Both are located in South Philadelphia, the former at 3601 South Broad Street while the latter is at 223 South 33rd Street.

Some exterior basketball sequences were also taped across the restaurant Geno’s Steaks, as you can spot it in the background of several sequences. The restaurant is situated at 1219 South 9th Street. More important basketball court sequences were seemingly filmed on the premises of Girard College at 2101 South College Avenue. Italian Market is another one of the South Philadelphia locations where the cast and crew of ‘Hustle’ shot a few scenes. Furthermore, the production team set up camp in Manayunk, Center City, and Market Street. They recorded some pivotal scenes in different parts of North Philadelphia as well.

Major sequences for ‘Hustle’ were lensed in the Coatesville Area Senior High School, located at 1445 East Lincoln Highway in the city of Coatesville. Moreover, the cast and crew members also utilized the locales of Chester, a city in Delaware County.

The production team set up camp in Camden for shooting purposes, specifically in the Philadelphia 76ers or Seventy Sixers Training Complex. Located at 1-99 South Front Street in Camden, the practice facility was used to film some pivotal basketball court sequences for the sports drama. The filming in Camden likely took place between August 2021 and September 2021.

The cast and crew members of ‘Hustle’ even traveled all the way to Mallorca, one of Spain’s Balearic Islands located in the Mediterranean. By taping the sequences set in Spain in Mallorca, they provided more authenticity to the movie. Being the largest island in the Balearic Islands, Mallorca is also a popular tourist destination. Thanks to its vast and beautiful landscape, the island is frequented by several filmmakers. Some of the notable movies and TV shows that have been taped in Mallorca are ‘The Inbetweeners,’ ‘The Damned United,’ ‘Me Before You,’ ‘Love Island,’ and ‘White Lines.’

Read More: Is Netflix’s Hustle Based on a True Story?