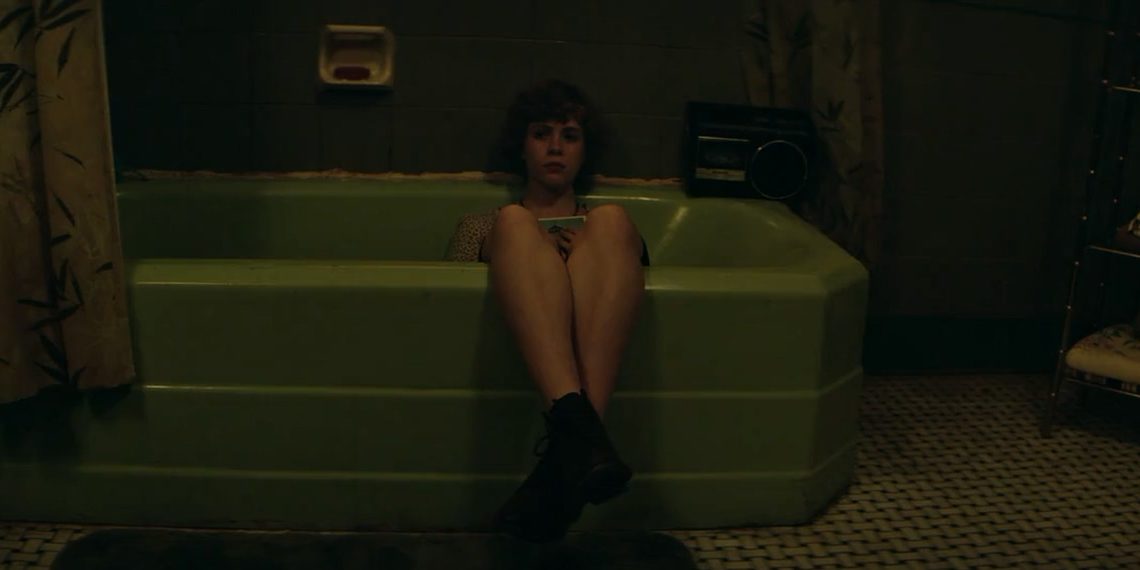 Director Andy Muschietti of ‘Mama’ fame upped the ante with the 2017 supernatural horror movie ‘It.’ Painted with a coming-of-age ambiance and based on the eponymous 1986 novel by Stephen King, the film holds a bag full of spooky surprises as it delves into the past of Derry, a small town in Maine. Teenager Bill makes a paper boat for his younger brother Georgie in the rainy season, but the latter disappears after a heinous encounter with Pennywise the Dancing Clown, a monstrous entity who feeds on children’s fears.

With the number of the missing children rising in leaps, Bill and his new friends investigate the mystery, and the search for the truth leads them to face their worst phobias. Following its release, the movie was praised in the media for its nostalgia-addled narrative and gloomy atmosphere. Most of the story unfolds in the tight-knit community of Derry, and the surrounding greenery and river stream give off a scout camp feel. Naturally, you must be intrigued about where ‘It’ was filmed. In that case, allow us to update you with the details!

‘It’ was filmed in various locations in Ontario, mainly in Toronto, Port Hope, and Oshawa. Principal photography commenced on June 27, 2016, and was wrapped up by September 21, 2016. Chung-hoon Chung, the cinematographer of ‘Oldboy‘ and ‘Uncharted,’ came on board as the director of photography, and Claude Paré, the production designer of ‘Spider-Man: Far From Home,’ joined the team as well. Let us now take you to the specific locations where the movie was shot.

Several sequences were taped in various locations around Toronto, the culturally enriched and architecturally wondrous capital city of the Canadian province of Ontario. In the early moments of the film, Georgie chases the paper boat to a storm drain for an encounter with Pennywise. The scenes were shot at the intersection of Springmount Avenue and William Street in Toronto.

A few scenes were also recorded in Cranfield House, a historical landmark at 450 Pape Avenue in the Riverdale neighborhood. The location stands in for an abandoned house in the movie. The indoor scenes were predominantly lensed in the Pinewood Toronto Studios, a central production facility located in the Port Lands neighborhood of Toronto. The studio houses 11 stages for major productions and has been visited by titles such as ‘Room’ and ‘Pacific Rim.’

Thomas Hill Standpipe, a water tank located at 41 Thomas Hill Road in Bangor, Maine, was recreated using CGI in ‘It.’ In the movie, the area surrounding the tank is called “The Barrens,” and the river stream sequence where Ben runs from the bullies, was lensed along the Rouge River in the Rouge National Urban Park in the Scarborough neighborhood. Lastly, the synagogue in the movie was recreated in the Congregation Knesseth Israel on 56 Maria Street.

Most of the movie was lensed in and around Port Hope, a Southern Ontario municipality that takes on the appearance of the fictional Derry on-screen. Port Hope Town hall, the local government office located at 56 Queen Street, doubles as the Derry Public Library on-screen. The Port Hope Tourism Centre, at 20 Queen Street, was redecorated as the City of Derry office, and the Ganaraska Financial Credit Union, a credit union at 17 Queen Street in Port Hope, stands in as Montgomery Financial.

Additional scenes were captured outside the Port Hope Capitol Theatre, an old movie theatre located at 20 Queen Street. A portion of the filming went underway in Watson’s Guardian Drugs. Once a pharmacy located at 68 Walton Street in Port Hope, the shop has been permanently closed. Another prominent shooting location was Port Hope Memorial Park, a sprawling public park located at 44 Queen Street, where the crew erected a statue of Paul Bunyan.

Other filming locations in the area include Mill and Walton street, Walton Street bridge, Queen Street between Walton and Roberston street, Cavan Street between Highland Drive and Ravine Drive, and Victoria Street South between Trafalgar Street and Sullivan Street.

The production unit visited Oshawa, another scenic city on the Lake Ontario shoreline in Ontario. Filming took place in the residential areas surrounding Eulalie Avenue and James Street in downtown Oshawa. Specifically, the crew built a set representing Pennywise’s house in a formerly vacant lot at the dead-end of James Street. The structure was a facade the team used for exterior sequences while making the set from pre-fabricated modules. As the haunted house sequences were filmed here, so were other scenes depicting Ben’s house on Court and Fisher streets.

Other Locations In Ontario

Some portions of the film were lensed in Elora, a community in the town of Centre Wellington, in the Wellington County of the province. For the purpose of filming, the production team visited the Elora Quarry, and the adjacent Conservation Area, at 319 Wellington County Road 18 in Elora. Furthermore, a sequence was taped on West Montrose Covered Bridge.

Located at 1 Covered Bridge Drive in the Ontarian community of West Montrose, the bridge is colloquially famous as the “Kissing Bridge.” While Henry Bowers’ house was recreated for the horror flick in Whitevale, Pickering, the Mount Mary Retreat Center in Ancaster, Hamilton, stood in as Derry High School while filming.