Is Caught in his Web Based on a True Story? Where Was the Lifetime Movie Filmed? 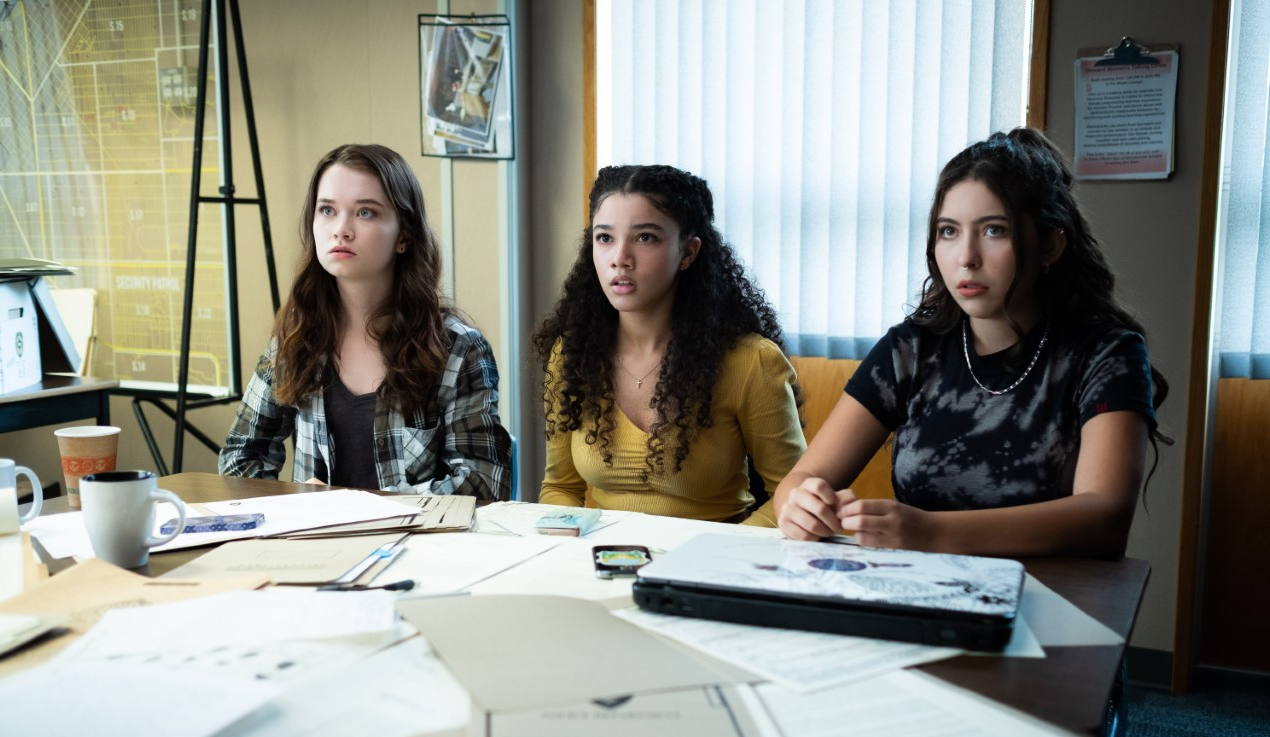 Directed by Hannah Cheeseman, Lifetime’s ‘Caught in His Web’ is a thriller movie about three girls — Emma, Olivia, and Gabby — falling prey to a cyberbully named Blake. He continually stalks them and forces them to send him nude photos, which crushes their spirit with time. However, they realize they’re not the only ones and decide to reach out to the authorities. Lifetime movies are shot in a way that is both exciting and terrorizing to watch. Likewise, this intense thriller keeps us on our toes throughout its run. If this film has caught your interest, here are all the updates we have regarding its cast, filming locations, and origin. Let’s dive in!

Caught in his Web Filming Locations

‘Caught in his Web’ was seemingly shot in Fall 2021 in the westernmost province of British Columbia, particularly in Vancouver. The city is blessed with unmatched beauty owing to its far-fetched scenery. It is one of the world’s most popular tourist destinations. Therefore, it is not surprising why Vancouver has hosted the production of so many movie and TV productions over the decades. Let us check out more details!

The production for this exhilarating Lifetime thriller took place in Vancouver, one of the most common filming locations for Lifetime movies. The north shore mountains, rain forests with giant trees, wilderness on the border, not to mention views of the sparkling ocean, invite tourists and filmmakers from everywhere across the globe.

Another important reason why the city is a popular filming location is the monetary benefit it offers to productions. More often than not, it is more economical to conduct filming in Vancouver than in the United States due to lucrative tax incentives offered by the Canadian government. That coupled with a good variety of locales makes it an ideal place to shoot. A few Lifetime movies shot in Vancouver are ‘Danger Next Door‘ and ‘The Virgin Sinners.’

Caught in his Web Cast

The cast of ‘Caught in His Web’ features Alison Thornton (Emma), Malia Baker (Olivia), and Emma Tremblay (Gabby) as three young women who are bullied by a mysterious boy on the internet. You must have seen Alison in ‘Dare Me’ and ‘Girlfriends’ Guide to Divorce.’ Malia is famous for her roles in ‘A Million Little Things‘ and The CW’s ‘The Flash.’ Emma Tremblay is recognized for ‘The Giver’ and ‘The Judge.’

Is Caught in his Web Based on a True Story?

Yes, ‘Caught in His Web’ is based on a true story. Although the movie has been advanced as being based on actual events, the makers have not revealed the exact case. However, it is believed that the narrative of the Lifetime production is reportedly based on a disturbing series of cybercrimes taking hold of Belmont in New Hampshire. Back in the spring of 2012, the old-mill town only had a single detective Raechel Moulton. Through the next few months, she noticed several girls from Belmont High reporting about a boy misbehaving with them on the internet.

Moulton then tried to gather evidence to prove their claim, and after a tiresome chase, the boy pleaded guilty to all the charges imposed on him. He identified as Ryan Vallee, a 19-year-old graduate of Belmont High. Although he was caught, the persecution was unfair. So Moulton appealed to the federal authorities, who later (2016) accused him of interstate threats, aggravated identity theft, and computer fraud and abuse. Finally, on February 6, 2017, Vallee was sentenced to eight years in prison.

In the film, Garcelle Beauvais’ character Detective Holland is seemingly based on Moulton. She stated that the movie is about women coming together and having each other’s backs. Baker supported the notion and the belief that no one has to be alone, especially during harsh times. Baker finds the idea of being present on social media terrifying, although it is an effective way of communicating.

Alison Thorton, who essays the character of Emma, additionally revealed how her pictures were being saved by her friends on the social media application Snapchat without her consent. Even if the advantages of being social media savvy are endless, being on the internet has its downfalls, especially regarding a person’s safety and wellbeing. Therefore, by recounting the infamous incident of Belmont, ‘Caught in his Web’ tries to shed light on how lives are wrecked when someone stumbles upon the dark side of the internet.