Where Was Lifetime’s Killer Grades Filmed? Is it a True Story? 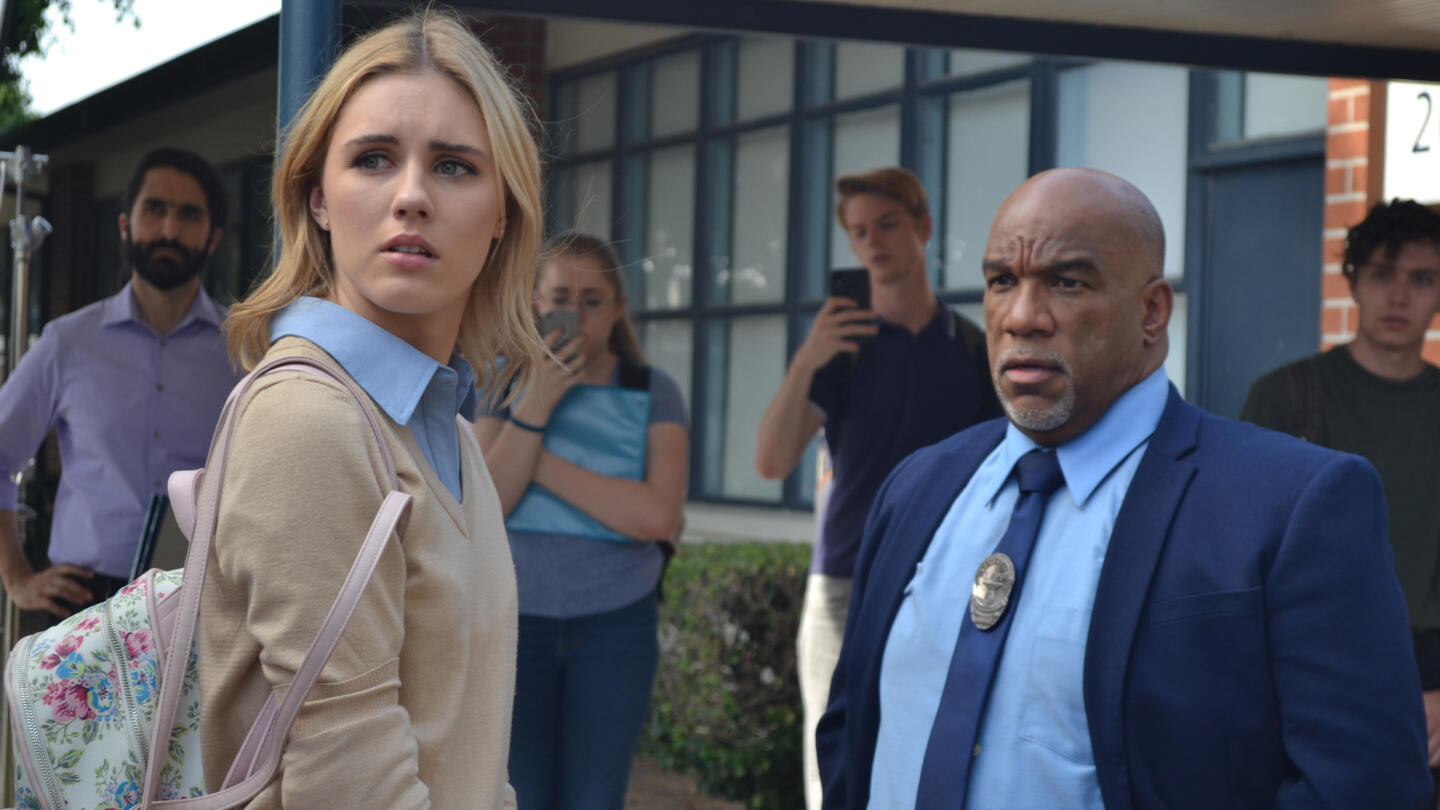 Lifetime‘s ‘Killer Grades’ is a cautionary tale of ghastly consequences arising as a result of academic pressure. Directed by Jose Montesinos, the thriller movie follows Michelle, a bright and hardworking student who makes it to the academic decathlon team through her diligent effort. Her mother, Katherine, couldn’t be more proud of what she has achieved. But when a student ends up in the hospital and the father of another team member dies, Katherine is forced to consider that something is seriously wrong with the team. If the film has piqued your interest, here’s everything you need to know about it!

The production of the Lifetime movie was carried out entirely in California. The filming reportedly took place sometime in Fall 2020. Apart from the City of Angels, the cast and crew also used other locations in the Bear Flag State. Since we now have an idea of where the film was shot, let’s learn more about the filming locations.

This Lifetime film was primarily shot in Los Angeles. Since the early 20th century, the city has been the center of global film and television production. Even a century after it established its role in the entertainment industry, LA continues to dominate as a sought-after filming destination. Therefore, it is not surprising that the filming crew decided to shoot ‘Killer Grades’ in the city. The easy availability of an experienced crew, suitable climatic conditions, and other filming services make it a favorable choice among filmmakers.

Angelina Folino, who essays the role of Keri in the film, shared photos on Instagram (above) of the behind-the-scenes action with her fellow actors. Since the city suffered terribly from the COVID-19 pandemic, the production took place with all safety measures in place, including mandatory use of masks for the crew, social distancing, and regular testing for Coronavirus.

About a half-hour drive away from Los Angeles, Whittier also serves as a filming site for the movie. The cast and crew were spotted shooting some scenes at A Toda Madre Mexican Kitchen, which is located at 6518 Greenleaf Avenue Unit #12 in the city. The restaurant is the go-to place for Mexican food in the region and offers a mouth-watering menu of traditionally cooked dishes.

A post shared by A Toda Madre Mexican Kitchen (@atmmexkitchen)

Megan Ashley Brown leads the talented cast of the thriller movie. She plays the role of Michelle, the bright young student who manages to get a spot on the academic decathlon team. The Jacksonville-born actress is well-known for her roles in ‘The Conjuring 3: The Devil Made Me Do It‘ and ‘Blood Brothers.’

Laurie Fortier portrays Michelle’s mother, Katherine. You may recall watching her on television movies like ‘Recipe for Abduction’ and ‘Saving My Daughter,’ as well as on the hit series ‘The Walking Dead.’ Other noteworthy cast members include Liz Fenning (Wendy), Angelina Folino (Keri), Zach Hoffman (Kevin), Isabella Marquez-Johnson (Sarah), and Emma Nasfell (Amy).

Is Killer Grades Based on a True Story?

No, ‘Killer Grades’ is not based on a true story. The film explores the realistic perils of academic pressure and the disturbing moral corruption for the achievement of a goal. The rise in mental health problems due to the incessant competition in academics has become a harsh reality of modern life. Although the movie masterfully captures the socially relevant issue, it uses a fictional premise. The credit for the screenplay goes to the brilliant screenwriters Scott Collette and Dave Hickey. 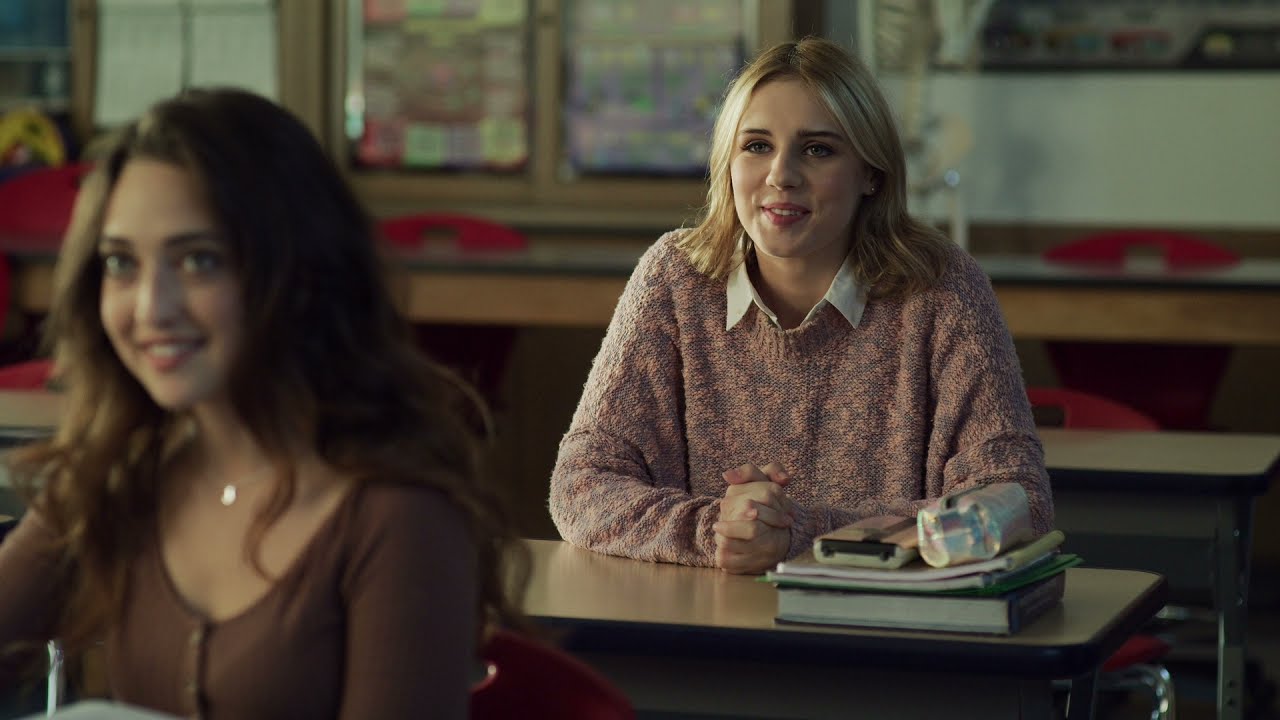 According to a survey conducted in 1000 teens between the ages of 13 and 17, 70% of teens consider anxiety and depression a major issue among their peer group. Unsurprisingly, about 61% reported that they feel the pressure to get good grades. The challenge to establish one’s career clearly takes a toll on young adults. These problems are further aggravated by the presence of an ill-intentioned senior, which in the case of this Lifetime film, is the academic decathlon team teacher who pushes the students to get good grades and is not hesitant to use any means necessary to achieve them.

Another Lifetime movie, titled ‘Killer Competition,’ also explores the detrimental outcomes of the crushing pressure to be the best. Like ‘Killer Grades,’ the teenagers in the aforementioned thriller movie find themselves entangled in a vicious cycle of murder and crime. Although the Jose Montesinos directorial brings real-life issues to our attention, the film uses a fictional narrative to do so. Therefore, we can conclude that ‘Killer Grades’ is not a true story.