Where Was Lifetime’s Magical Christmas Shoes Filmed? Who is in the Cast? 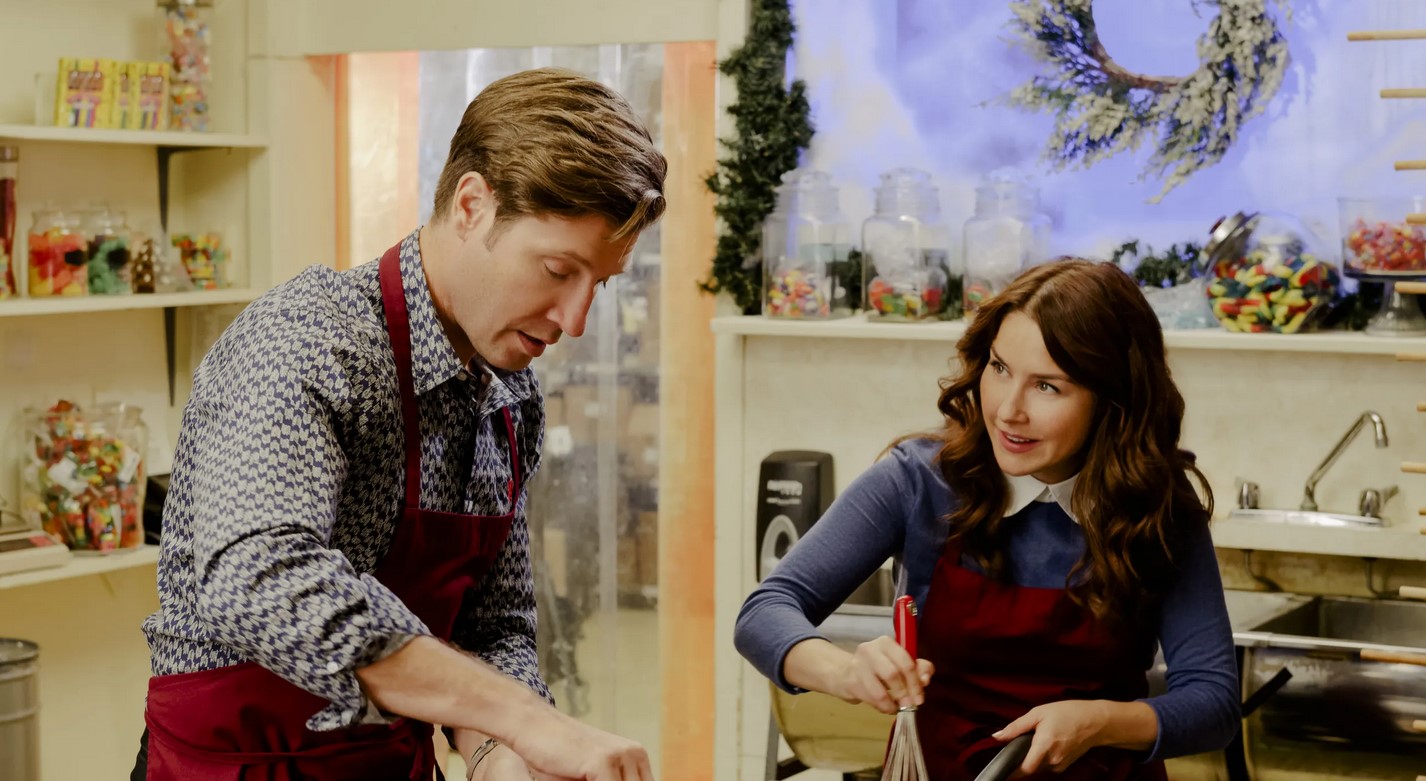 A heartfelt family Christmas movie that seeks to spread the message of love, ‘Magical Christmas Shoes’ is a joy to watch. Revolving around Noelle, an accountant with a passion for design, the movie shows her grandmother gifting her a pair of shoes, which supposedly have Christmas magic inside them. Soon things begin looking up for Noelle, and she even starts getting close to candy shop owner John Reid.

However, the re-entry of her ex, Mark, threatens her perfect life, and the movie reveals he had betrayed Noelle in the past, killing her passion. The rest of the film depicts Noelle’s journey towards reinventing her passion as she learns that the real Christmas magic was inside her all along. Spearheaded by director Robin Dunne, the film is set in a cozy, picturesque town wrapped in festivity that works wonders at spreading the Christmas cheer. If watching the movie has got you thinking about the filming locations, we come bearing answers!

The production crew for ‘Magical Christmas Shoes’ chose to film in the Canadian province of Ontario or, more specifically, the lovely city of Cambridge. Ontario proved to be the perfect filming destination as the province is peppered with cozy little towns set deep in the lap of nature. Let’s take a detailed look at the filming locations, shall we?

‘Magical Christmas Shoes’ was primarily shot in and around the city of Cambridge in Ontario. Sitting right in the lap of mother nature at the confluence of the Grand and Speed rivers, Cambridge provided the filmmakers with the perfect small-town vibe, all the while offering modern facilities that made filmmaking a breeze.

The filming must have been a joy to witness as the streets and movie sets were decorated in Christmas lights to bring in the festive mood. Moreover, with the movie reportedly shot in August 2019, the production crew used fake snow for the outdoor shots. Filming crews utilized a house on Blenheim Road, while outdoor scenes were shot in North Ainslie Street. Additionally, Reids Chocolate, Candy, and Nut Shop in Galt doubled as the candy store in the movie.

Other Places in Ontario

From the looks of it, the cast had a fun time shooting ‘Magical Christmas Shoes,’ and even filmed a few scenes away from Cambridge, specifically in Hamilton, Ontario. Over the years, Ontario has been rising up the ranks as a popular filming location due to its magnificent natural diversity. Bordered by the Great Lakes and home to the expansive Niagra Falls, Ontario stands as a true testimony to some of Canada’s breathtaking natural sights. However, with the province containing two of Canada’s biggest cities, Ottawa and Toronto, it offers an intricate balance of modernity and unbridled nature paralleled by very few. Thus, it is no surprise that Ontario has hosted filming crews for productions like ‘Finch,’ ‘The Boys,’ and ‘Black Mirror.’

Erin Karpluk brilliantly essays the character of Noelle and enchants all with her performance. Quite a well-established actress with numerous productions under her belt, a few of Erin’s notable performances include her roles as Erica Strange in ‘Being Erica,’ Sonja Sullivan in ‘Saving Hope,’ Kim in ‘Riftworld Chronicles,’ and Katherine Hobbie in ‘Holly Hobbie.’

On the other hand, Damon Runyan stars as John Reid and is known for his performances as Charlie Connor/Charles Falco in ‘Gangland Undercover,’ Ujilli in ‘Star Trek: Discovery,’ and Paul Rutherford in ‘Home Before Dark.’ In addition to the lead roles, the film also stars Genelle Williams as Allison, Drew Nelson as Mark, and Howard Hoover as Arthur, among others.

Read More: Where Was Lifetime’s My Christmas Inn Filmed? Who is in the Cast?