‘Finch’ is a post-apocalyptic sci-fi drama that follows one of the last men on Earth as he embarks on an epic cross-country journey. Trying desperately to ensure the wellbeing of his beloved dog even as he struggles with his own mortality, the film’s namesake designs a humanoid robot to take over his pet’s care. As the film proceeds, Finch attempts to teach his creation the skills it needs to survive and the nuances of being human. The bleak backdrop makes these themes even weightier, but the narrative is balanced out by some comic relief that stems from Finch’s canine and computerized companions.

If you loved this combination of a touching story told through the lens of a post-apocalyptic journey, we’ve got some equally interesting recommendations that will leave you wide-eyed. You can watch most of these movies similar to ‘Finch’ on Netflix, Hulu, or Amazon Prime. 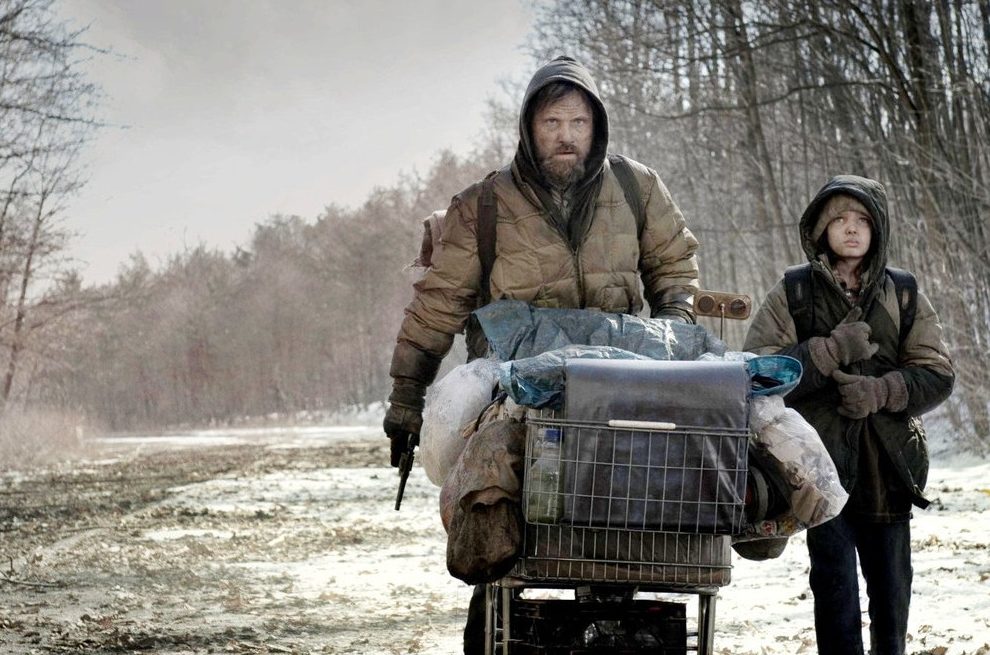 Set in the aftermath of an unspecified apocalyptic event that’s wiped out most of the population, a man and his young son set off on foot across the country in order to survive. The film is based on the 2006 novel of the same name by Cormac McCarthy and presents an overwhelmingly bleak image of a world infested by cannibalistic gangs that have cropped up due to a lack of food. Much like ‘Finch,’ this film also follows an arduous post-apocalyptic journey for survival that throws in just the right amount of hope to keep the characters going.

This uncannily prescient post-apocalyptic drama is set in a world where a highly contagious virus has killed off most of the population, and the survivors roam around wearing face masks. A group sets off across the country in the hopes of survival, but suspicions soon erupt amongst them regarding members who could infect others. The real enemy here is distrust, and like ‘Finch,’ this film uses its tense post-apocalyptic setting to explore the human condition. 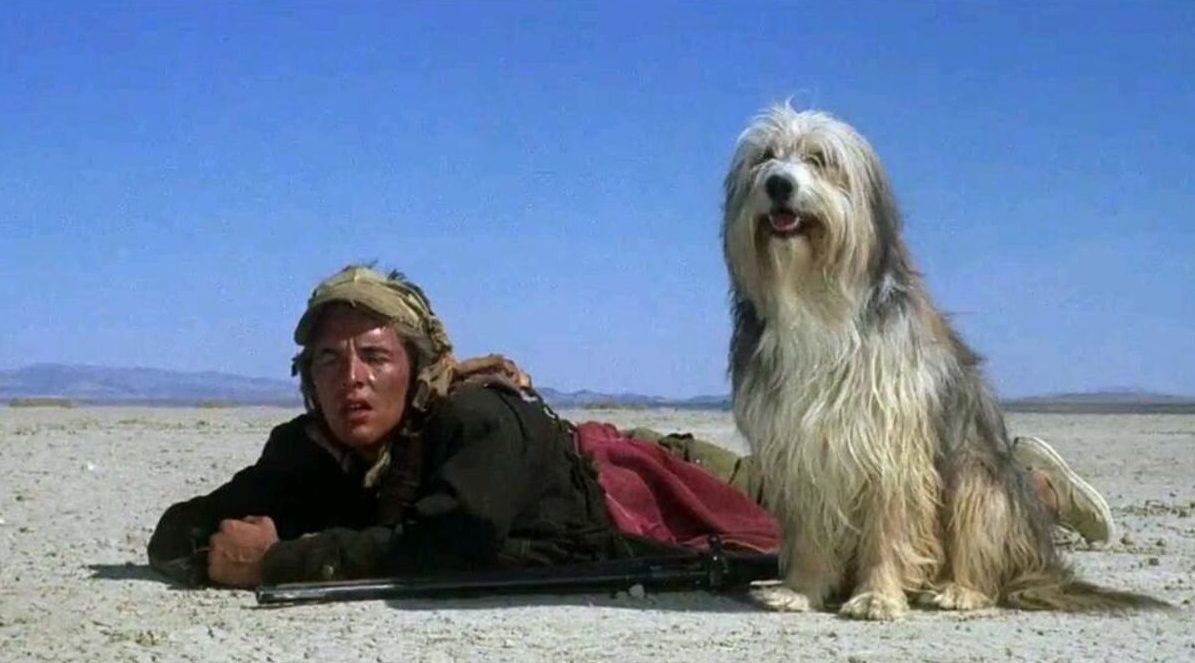 This eccentric film follows a teenage boy and his telepathic dog as they embark on a journey across a post-apocalyptic America. Based on the 1969 novella of the same name by Harlan Ellison, the film takes a more tongue-in-cheek approach to survival and depicts the central character as interested mainly in procuring food and sex (with women survivors). However, if you enjoyed watching the antics of the faithful canine companion in ‘Finch,’ this film is right up your alley! 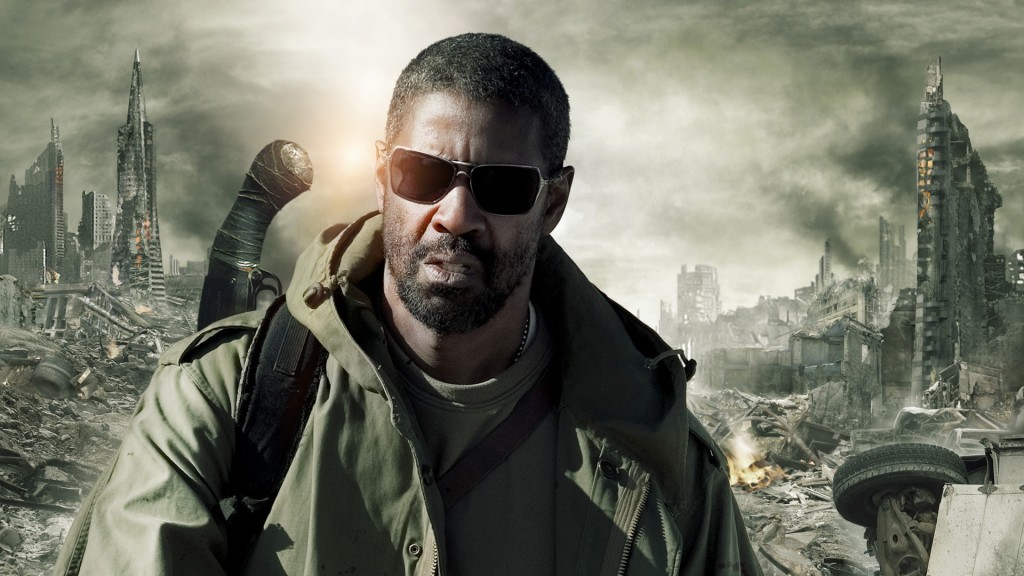 ‘The Book of Eli’ features Denzel Washington’s titular character on a fearsome journey across the country to deliver a mysterious book. The nuclear winter visuals of the film are absolutely stunning, and over the course of Eli’s journey, the history of the post-apocalyptic world and the importance of his mission are slowly revealed. The film explores humanity at its best and worst, and as is the case with ‘Finch,’ its weighty themes and paradoxes are presented to the audience through the eyes of a gritty and troubled central character. 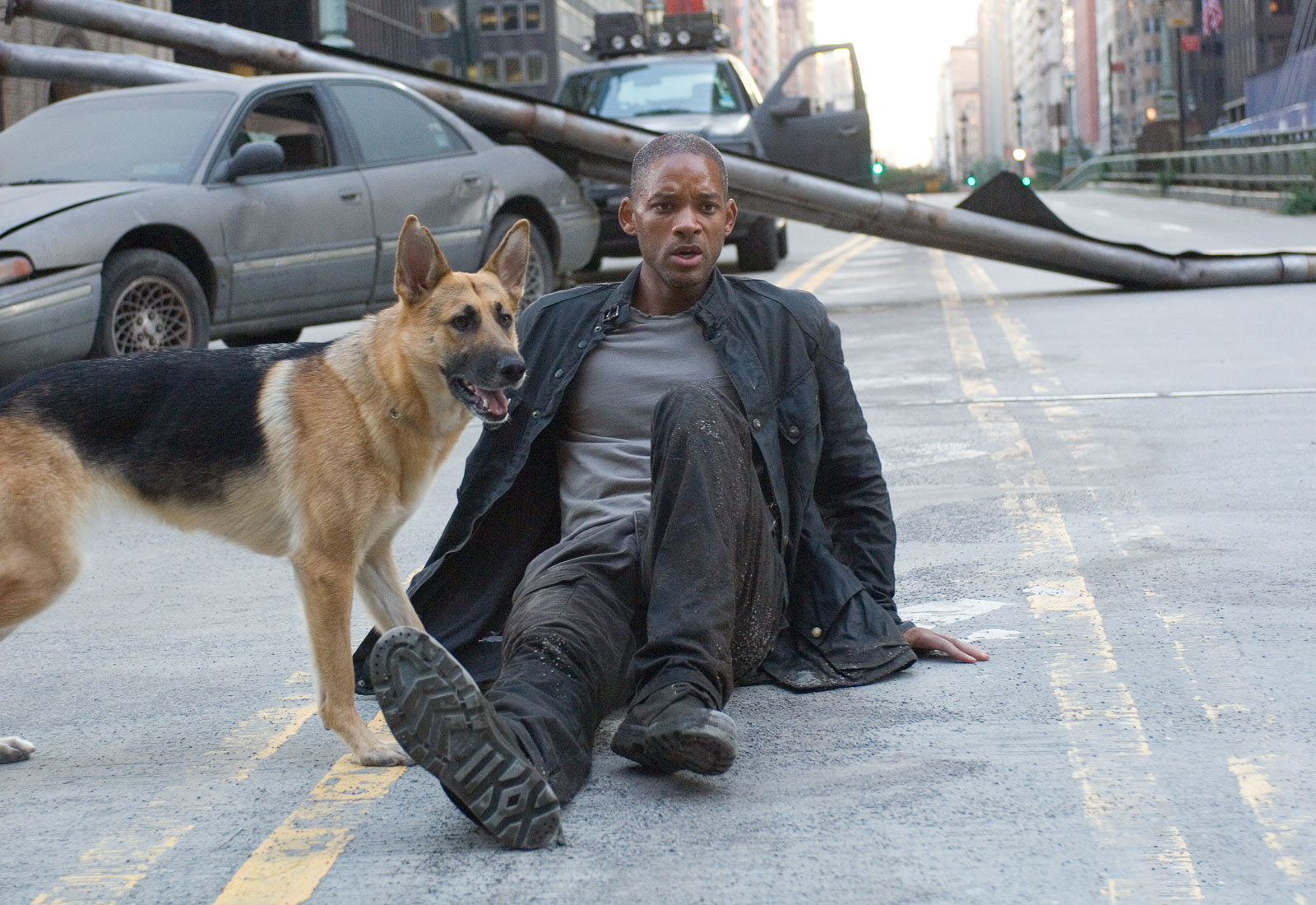 ‘I Am Legend’ follows Will Smith’s scientist character who works on finding a cure for a terrible plague that has turned most of the world’s population into vampiric creatures. With only his loyal dog for company, our hero survives brutal attacks while driving through a surreal and deserted New York City. Despite this somber film being more focused on action and tense drama, the timeless dynamic between a man and his dog is very much at the center of things, and fans of ‘Finch’ will love this film. It is our duty to warn you that this film contains a devastatingly heart-wrenching scene, so keep those tissues handy!

‘WALL-E’ is set far into the future and follows a solitary robot that’s left seemingly alone to clean up an uninhabitable Earth. True to its Pixar roots, this film perfectly balances emotion, comedy, and weighty themes delivered through achingly cute characters. When our hero finally does find a companion (apart from his perpetual sidekick that happens to be a cockroach), bigger themes about the future of humanity explode onto the narrative. This film features the most epic journey a small garbage cleaning robot has ever been on and has everything ‘Finch’ offers plus more! 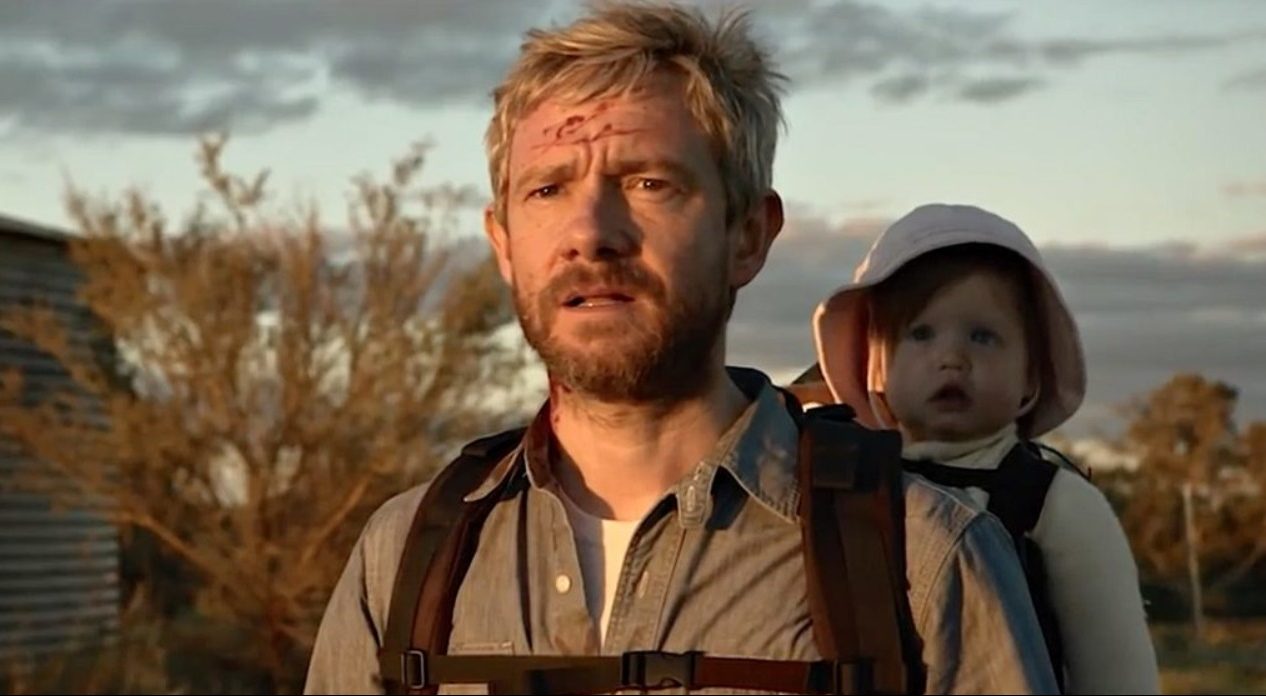 An underappreciated gem that follows a father’s arduous journey to find shelter for his daughter, ‘Cargo’ is a heavy apocalyptic drama with an adorable child at its center. The Earth’s population has become infected by a plague, and the father must find a way to ensure his daughter’s safety even as he risks falling prey to the infection and turning rabid.

The central theme of making a journey to ensure the survival of a loved one is shared with ‘Finch,’ as is the masterful mix of post-apocalyptic action and meditations on the human experience. As seen with Tom Hanks’ character in ‘Finch,’ be prepared for an emotionally nuanced climax that is heartbreaking yet offers a glimmer of hope.

Read More: Where Was Finch Filmed?