Where Was Lifetime’s Vanished: Searching for My Sister Filmed? Who is in the Cast? Is it a True Story?

Directed by Tim Woodward Jr., Lifetime’s ‘Vanished: Searching for My Sister’ is a thriller movie that tells the story of a pair of twins — Jada and Kayla — with contrasting personalities. Kayla, the more outgoing one, asks her sister to look after her child as she has errands to run. Jada agrees, but after Kayla’s departure, Jada stops hearing from her sister. To get to the bottom of the truth and find her sister, Jada disguises herself as Kayla and enters a dangerous world of drugs and crime.

Lifetime is reputed for housing content that is relatable to the general crowd. Besides that, these movies are carefully shot to befit the theme of the narrative. You can notice the same thing in ‘Vanished: Searching for My Sister’ that blesses the viewers with intense shots that instill emotion in the audience. If you want to know where the movie was filmed, you’ve come to the right place!

The Lifetime movie was filmed in early 2021 in the southeastern U.S. state of Georgia. The cameras started rolling on February 21, 2021 and continued for three weeks. The process rigorously tested the patience of the cast and crew, especially Tatyana Ali (Kayla/Jada), who was deeply affected by the movie’s association with true events. Now, let’s dive into the specific details about the filming site!

‘Vanished: Searching for My Sister’ was filmed in Atlanta, a city veritably known for its cultural history rooted in the American Civil War and its ties with Martin Luther King Jr. Over the years, it has grown steadily in other aspects as well, most particularly, as a filming location. Dubbed as Hollywood of the South, Atlanta has a very moderate climate, which allows year-round shooting. In addition, the city’s aesthetics account for its popularity as a filming site. When ‘Vanished: Searching for My Sister’ was being shot, Tatyana faced a few problems because she plays two characters.

Even the cast and crew members had trouble identifying which character Tatyana was playing at any given point in time. The actor heavily relied on her makeup team and costume designers to get in touch with her characters. Even actor Justin Bruening (who plays Warren) recalled being confused on set regarding the same matter. In addition, the movie was filmed with COVID-19 restrictions in check with protection gear, masks, etc., as stated by Justin.

Tatyana revealed that it was her first time using a split-screen, which complicated the process for her. A lot of effort went into filming the scenes that required a split-screen. She had to forcefully restrict her movements in order to get the desired result. As an actor, Tatyana thrives on mobility which was curtailed during filming. Despite the challenges faced by the cast and crew, director Tim Woodward Jr. and the team managed to ensure that the production went on smoothly.

Vanished: Searching for My Sister Cast

‘Vanished: Searching for My Sister’ features Tatyana Ali in the lead roles as twins — Kayla and Jada, who find themselves in dangerous circumstances. You must recognize Tatyana Ali from ‘The Young and The Restless,’ ‘Jingle Belle,’ and ‘The Fresh Prince of Bel-Air.’ Justin Bruening plays Warren, Kayla’s husband, in the movie. The actor is most popularly known for his role in ‘Grey’s Anatomy.’ His other works include ‘Sweet Magnolias,’ ‘The Messengers,’ and ‘Switched at Birth,’ among many more.

Jasmine Guy portrays Detective Hill in the movie. You must recognize the actor from her roles in ‘Grey’s Anatomy,’ ‘The Vampire Diaries,’ and ‘Dead Like Me.’ Other cast members include Carolyn Hennesy (Detective Mary) and Anthony “Treach” Criss (Coogi).

Is Vanished: Searching for My Sister Based on a True Story?

Yes, ‘Vanished: Searching for My Sister’ is based on a true story. The makers of the movie have proclaimed that the tale of Kayla and Jada has been derived from a real-life case that transpired in the 90s. It seems like the actual incident also centered around a pair of twins who become victims of a heinous crime, as depicted in the movie. In an interview, actor Tatyana Ali, who essays the character of Jada and Kayla, talked about her experiences during the filming of the movie, shedding some light on how both these personalities are perceived in the real world. 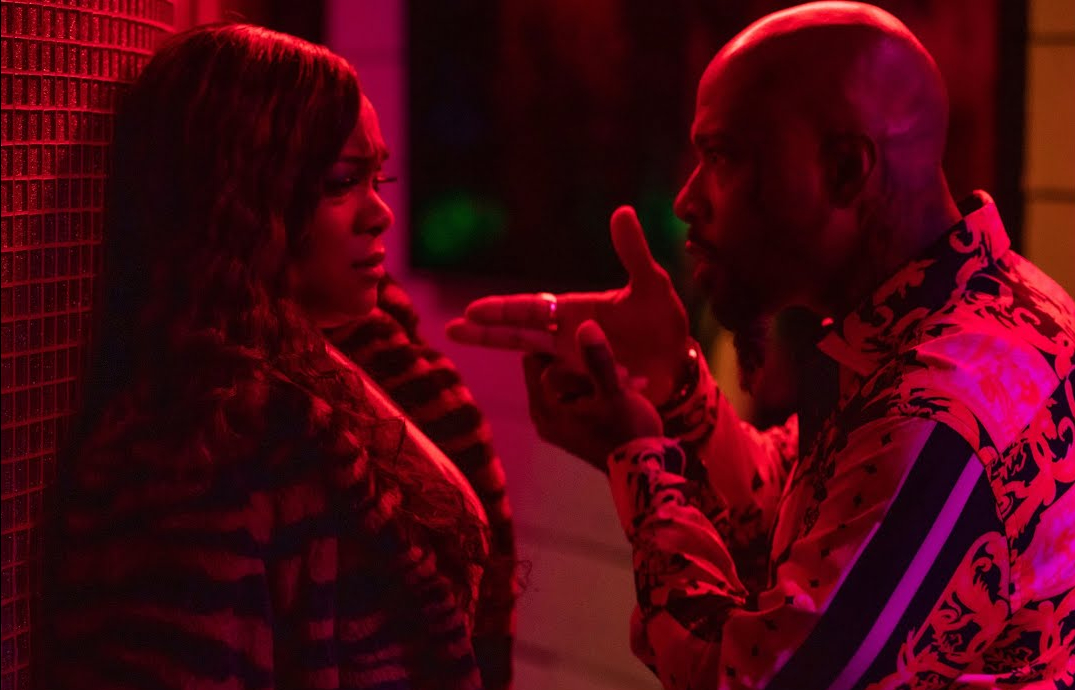 In the film, Kayla is seen as the more adventurous sister who has had problems with drug addiction. Her complex character and the fact that women with substance abuse issues tend to get discriminated against in society drew Tatyana in. In addition, she spoke in favor of all the people whose loved ones go missing on a regular basis, and sometimes, the resources available are not enough to solve these cases. The character of Jada represents all those people who have been through the same.

On some occasions, the factor of race also comes into play. Since Jada is a Black woman, it might have been even more difficult for her to speak up or raise her voice for help. Tatyana admitted to having been aware of such social reservations that affect the Black community every now and then. Besides these elements, the movie also showcases sibling love in a realistic way. 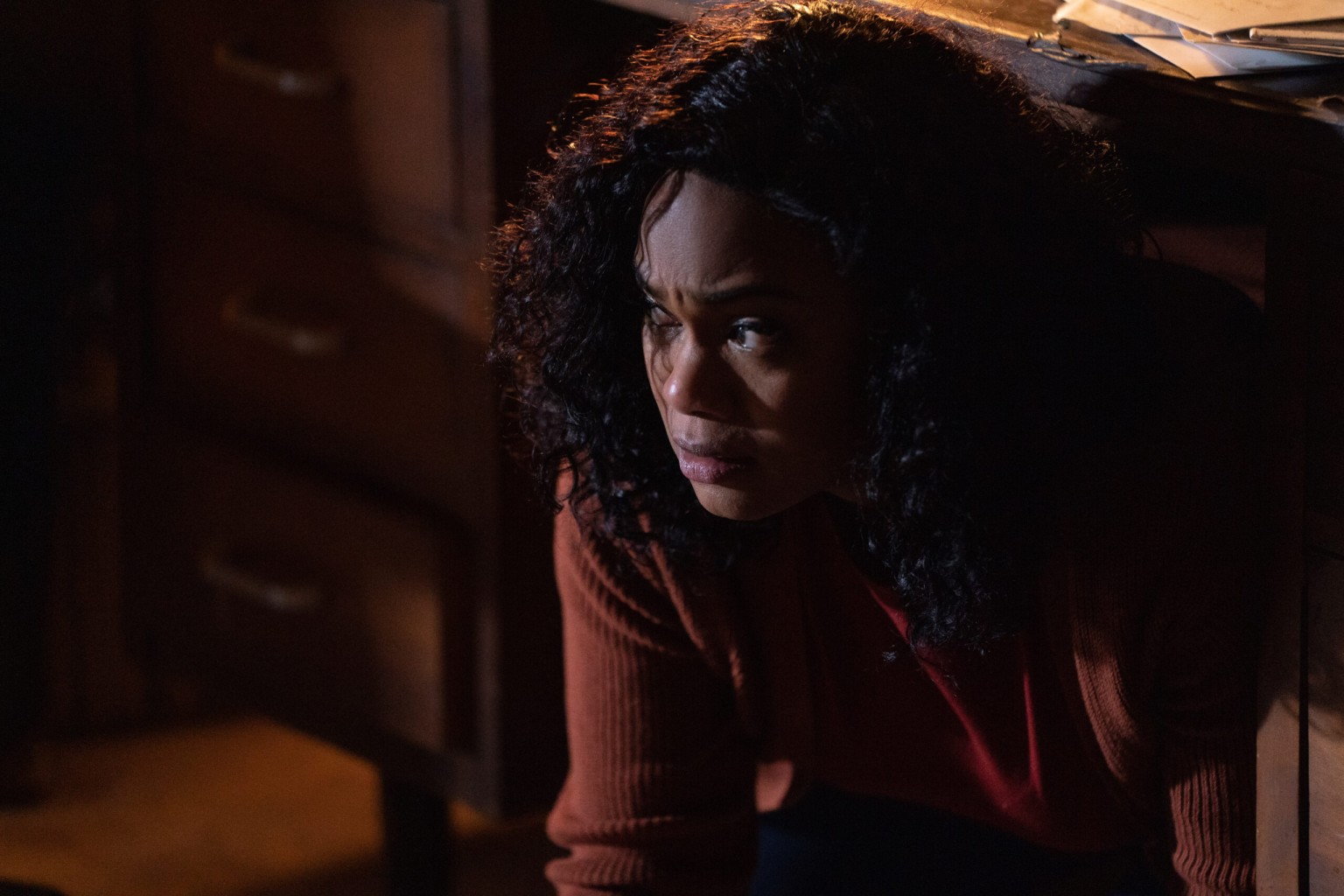 Kayla and Jada’s parents die in a car crash, so the girls only have each other as their sole sense of life support. Thus, when Jada realizes that her sister has been hiding secrets from her, she tries to understand Kayla rather than holding grudges against her. Tatyana revealed that there wasn’t any video footage of the actual case available, so they had to make do with written periodicals, which left her utterly bewildered. Hence, the movie is an adaptation of this tragic case that can still chill our bones even to this day.