Where Was Manifest Season 4 Filmed? 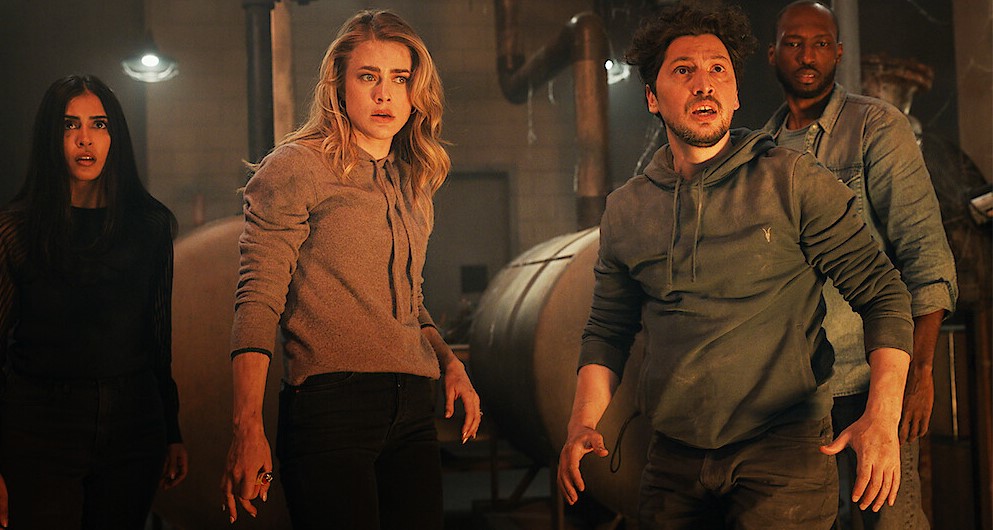 Created by Jeff Rake, Netflix’s ‘Manifest‘ is a supernatural drama series that follows the lives of the passengers and crew of an airliner that disappears and suddenly lands several years after takeoff. In season 4, the narrative revolves around the Stone family as Ben still mourns his dead wife and searches for his kidnapped daughter, Eden. With him stepping down as co-captain of the lifeboat, Michaela has an almost impossible task of managing it alone.

When a mysterious passenger with a package for Cal arrives, the passengers question all the things they know about Flight 828 as the Death Date approaches. In this mind-bending final season, all the secrets and mysteries come to light regarding their flight, which provides closure for fans of the show. Moreover, the interesting use of locations and supernatural elements makes one wonder where the fourth season of ‘Manifest’ was shot. Well, if you are one such curious soul, we have got you covered!

‘Manifest’ season 4 was filmed entirely in New York, particularly in New York City, Hudson Valley, and Long Island. Since the final season is divided into two parts, the shooting for the same took place in installments. The principal photography for the first part of season 4 commenced in November 2021 and paused for the Christmas season in late December of the same year. The production resumed in January 2022 and concluded four months later in April.

As for the second part of the final season, the cast and crew reportedly returned to set in June 2022 and wrapped up in October of the same year. Now, without further ado, let’s look at all the specific sites that appear in the fourth season of the science fiction series!

Like the previous seasons, most of the pivotal sequences for ‘Manifest’ season 4 were lensed in and around New York City, the most populous city in the United States. The filming unit supposedly utilized many of the same locations around Brooklyn, Queens, and Manhattan as in previous seasons. This includes the property at 81-14 218th Street in the Hollis Hills neighborhood of Queens, which stands in for the exterior of Ben and Grace Stone’s fictional house.

Besides, Elmhurst Park at 57th Avenue &, Grand Avenue in Queens, Astor Place in East Village, and Brooklyn Bridge Park at 334 Furman Street in Brooklyn feature in numerous scenes. The team also set up camp in Silverton Studios at 42-22 22nd Street in Long Island City. It is home to 23 shooting stages, production offices, and fully equipped lighting. All these features make it a suitable production location for all kinds of movies and TV shows, including ‘Manifest.’

For shooting purposes, the cast and crew members of ‘Manifest’ season 4 traveled to a few other locations across the State of New York, including Long Island and Hudson Valley. To be specific, during the filming schedule of the fourth season, they were spotted taping some key scenes in and around the Republic Airport at 7150 Republic Airport in Farmingdale, an incorporated village on Long Island. Moreover, New Paltz, a town in Ulster County, served as one of the recording sites for the final season.