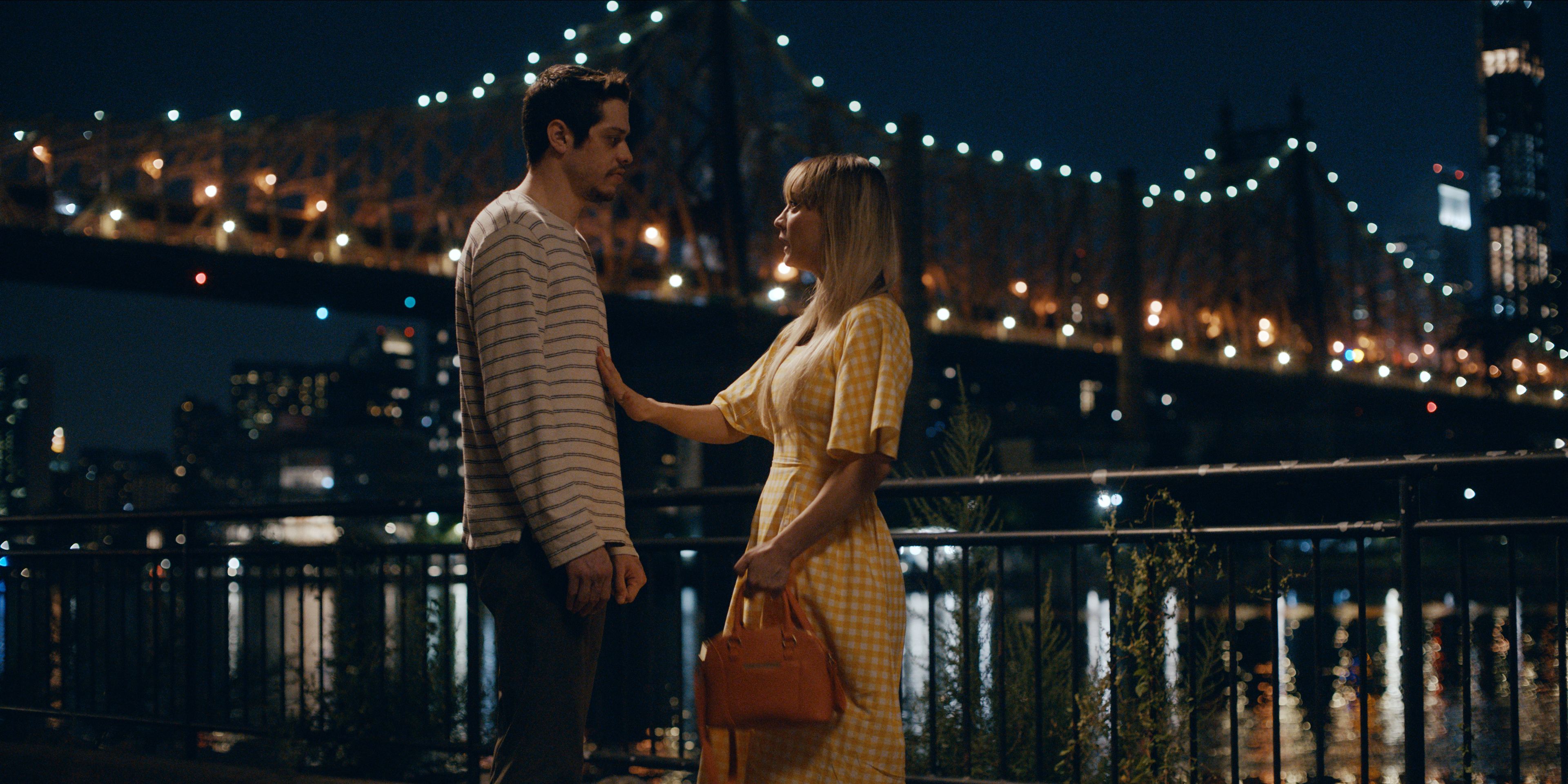 Directed by Alex Lehmann, Peacock’s ‘Meet Cute’ is a fantasy romantic comedy movie focusing on Sheila and Gary’s love story. When she approaches the latter, it is almost love at first sight, but their supposed date is not the doing of fate after all. Interestingly, Sheila has access to a time machine, which she uses to meet Gary for the first time multiple times and fall in love repeatedly to ensure that their relationship works out somehow. However, when she cannot find the perfect night after trying so many times, she travels to his past to alter his personality and turn him into an ideal man for herself.

The time-traveling-based romantic narrative is made all the more enthralling by the impressive performances from a talented cast comprising Kaley Cuoco, Pete Davidson, Deborah S. Craig, Sierra Fisk, and Kirk Kelly. Moreover, the picturesque backdrop of a bustling city as the couple fall in love enhances the overall quality of the narrative. Thus, it is natural for you to wonder where ‘Meet Cute’ was shot. Well, if you are one such curious soul, you might be interested in what we have to share about the same!

‘Meet Cute’ was filmed entirely in New York, specifically in New York City. The principal photography for the rom-com reportedly commenced in August 2021 and wrapped up by the end of the same month. Since the story is set in the Big Apple, the makers decided to shoot on location to give viewers a more immersive visual experience. So, without further ado, let’s travel through time with Sheila and traverse all the specific sites that appear throughout the Kaley Cuoco-starrer!

All the pivotal sequences for ‘Meet Cute’ were lensed across New York City, the most populous and densely populated city in the United States. The filming unit set up camp in the boroughs of Brooklyn, Manhattan, and Queens to tape some important scenes for the movie. As per reports, the cast and crew also traveled out of the metropolis to record a few portions on location at Six Flags Great Escape, situated at 1172 US-9 in Queensbury.

New York City is home to some of the country’s most famous landmarks, including Times Square, the Empire State Building, the Statue of Liberty, the World Trade Center, Central Park, the Manhattan Chinatown, and the Brooklyn Bridge, some of which you may spot in the movie as well. Furthermore, the Big Apple has hosted the filming of numerous movies and TV shows, such as ‘Mike,’ ‘Midsommar,’ ‘American Psycho,’ ‘Only Murders in the Building,’ and ‘Succession.’