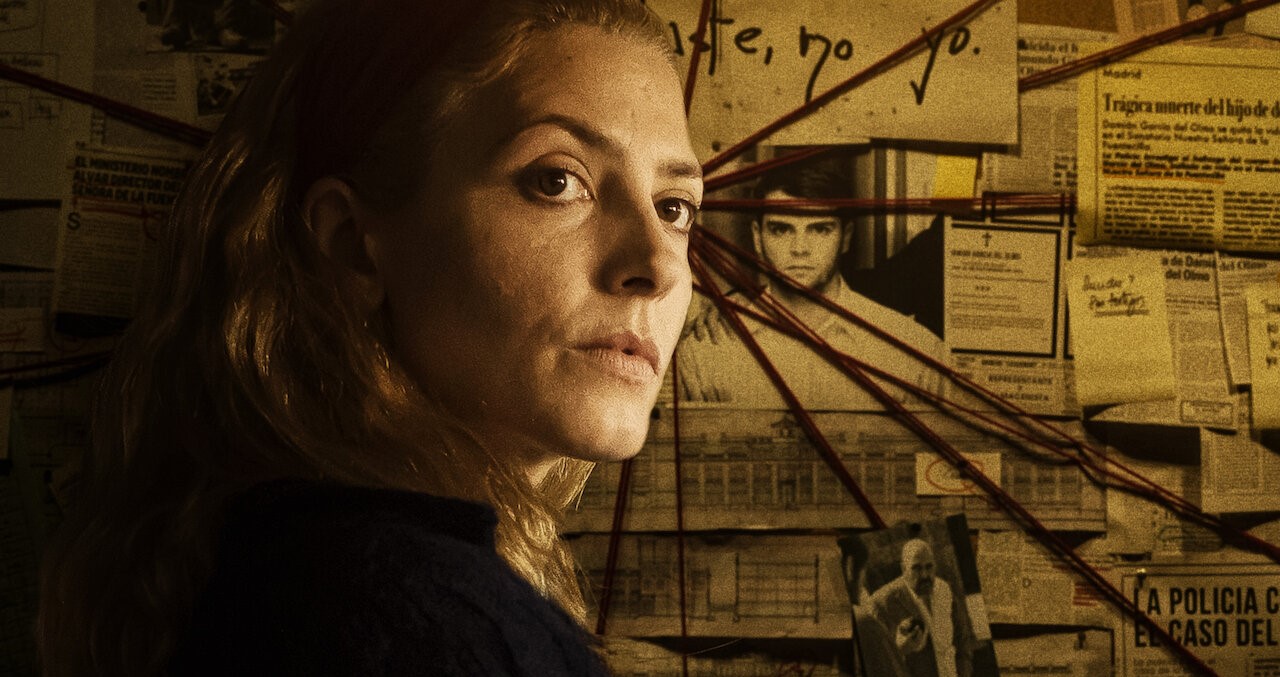 Based on Torcuato Luca de Tena’s 1979 novel ‘Los Renglones Torcidos de Dios,’ Netflix’s ‘God’s Crooked Lines’ (originally titled ‘Los Renglones Torcidos de Dios’) is a Spanish psychological thriller movie directed by Oriol Paulo. Set in 1979, it follows a private detective named Alice Gould, hired by Dr. Raimundo García del Olmo to enter a psychiatric ward to investigate the mysterious death of his son. Under the pretense of suffering from paranoia, she checks herself into the mental hospital to get to the bottom of the case.

However, as time passes, Alice’s identity is questioned by everyone around her, and nobody believes her when she comes clean about her mission. Instead, the doctors deem her to be delirious. The commendable performances from talented actors, including Bárbara Lennie, Eduard Fernández, Loreto Mauleón, and Javier Beltrán, complement the movie’s thrilling narrative. Meanwhile, given the setting of the late 70s against the backdrop of a psychiatric ward, viewers keep guessing about the actual filming sites of ‘God’s Crooked Lines.’ If you are one such curious soul, we have you covered!

‘God’s Crooked Lines’ was filmed entirely in Spain, particularly in the Barcelona and Tarragona provinces. The principal photography for the Spanish thriller reportedly commenced in May 2021 and wrapped up after nine weeks or so in July of the same year. Now, let’s not waste any time and look at all the specific places that can be spotted in the Netflix movie!

Many pivotal sequences for ‘God’s Crooked Lines’ were lensed in Barcelona, a province in Spain’s eastern region. Firstly, the production team used a former Mercedes-Benz factory in Barcelona’s Bon Pastor neighborhood to record the interior scenes of the psychiatric ward. Reportedly, they constructed a 3,800-square-meter set inside the old factory, which took over 8,600 hours to build.

Furthermore, the filming unit set up camp in and around Cecot at Carrer de Sant Pau, 6, in the city of Terrassa and Mas Viver in Diseminado Torrebonica, 1L, in Barcelona’s Torrebonica. In addition, the municipality of Castellar del Riu and the inland comune of Berguedà seemingly served as important shooting locations for the thriller. Apart from this Netflix movie, Barcelona has hosted the production of many projects over the years. Some of them are ‘The Machinist,’ ‘The Bourne Identity,’ ‘The Invisible Guest,’ and ‘Killing Eve.’

For taping purposes, the cast and crew members of ‘God’s Crooked Lines’ traveled to Tarragona, a province bordered by Barcelona in the southern part of Catalonia. An abandoned and old Tobacco Factory at Pg. de la Independència, 3, in the city of Tarragona, doubled as the exterior of the psychiatric hospital in the movie. Thanks to all the reconstruction and gardening done by the crew members on the premise, the old factory was transformed into a 1970s psychiatric facility.