Where Was Next Stop Christmas Filmed? Hallmark Cast Details 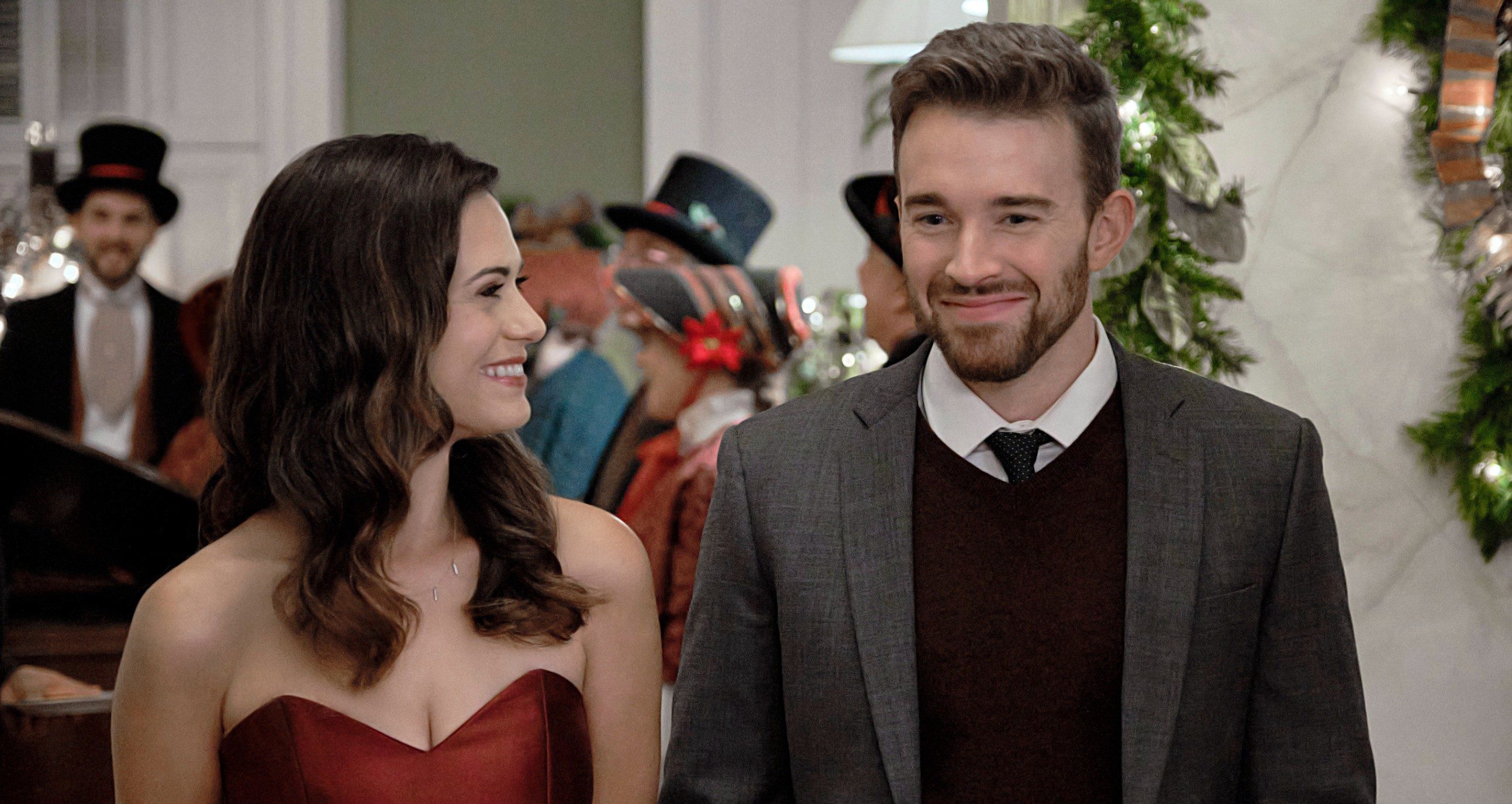 Hallmark’s ‘Next Stop, Christmas’ is a romantic movie that finely blends a warm Christmastime romance with the splendor of time travel. A Dustin Rikert directorial, the film follows Angie, a New York City surgeon who travels back home for Christmas. Angie’s journey takes a mystic reroute to the past as she arrives home but in 2011. What ensues is a heartening drama as she encounters her past to reevaluate her life and preferences.

A quintessential Hallmark Christmas movie, ‘Next Stop, Christmas’ is a delightful film that stresses the need for self-reflection along with the merriment of the holidays. Filled with the jubilant sights and sounds of the season, the movie is quite appealing, thanks to its production design and setting. Drawn by these qualities, we decided to learn more about the filming locations of ‘Next Stop, Christmas.’ Let’s take a look!

‘Next Stop, Christmas’ was filmed entirely in the state of Connecticut. The principal photography began on August 23, 2021, and went on till September 11, 2021. Now, let’s get into the details and find out more about the places that feature in this movie.

A significant part of ‘Next Stop, Christmas’ was filmed in Essex in Middlesex County. The train scenes in the film feature the renowned Essex Steam Train & Riverboat ride, operated by The Valley Railroad Company. Located at 1 Railroad Ave, Historic Essex Station, the ride travels through the alluring Connecticut River Valley. Angie’s encounter with the train conductor and her subsequent journey back home features the iconic steam train.

Several scenes in the movie were also shot in Downtown Chester. A short drive (less than seven miles) from Essex, Chester is a beautiful town with enchanting cafes and other establishments. The filming crew primarily shot several scenes on Main Street, specifically at Otto Pizza, Simon’s Marketplace, and Grano Arso Restaurant. These eateries have a unique ambiance, making them ideal filming spots for a production like this.

The Fir Patch Farm in Salem serves as another filming location for the movie. Located on 300 Buckley Road, the Christmas tree farm makes for an ideal setting for a movie that requires an incredible dose of the holiday vibe. Of course, fake snow was used to recreate the winter magic.

Saybrook Point Resort & Marina, located on Bridge Street in Old Saybrook, also features in this Hallmark production. The filming was done in the Choo Choo Lounge of the waterfront resort. The lounge features the imagery of the Valley Railroad Line, recreated as two murals. The marvelous ambiance of the lounge enhances the magical appeal of the movie.

A coastal town in New London County, Old Lyme is home to various iconic coastal rentals and cottages, once used by sea captains. A pivotal portion of the movie was filmed in Old Lyme, particularly the sequences that required extensive shots of the house.

The production for ‘Next Stop, Christmas’ also took place in various Connecticut towns such as Norwich, Deep River, Waterford, New Haven, and Hartford. According to sources, the filming crew lensed a few sequences at the Deep River Landing in Deep River and the Union Station in New Haven.

Lyndsy Fonseca portrays the role of Angie, the lively surgeon. Lyndsy is well-known for her portrayal of Penny Mosby in ‘How I Met Your Mother.’ Chandler Massey, who is known for his performance as Will Horton in ‘Days of Our Lives,’ appears in this film as the male lead, Ben. Christopher Lloyd and Lea Thompson, both known for ‘Back to the Future,’ reunite in this Hallmark movie as Railway Conductor and Evelyn, respectively. Joining them are Allie Trimm (Chloe), Paige Herschell (Kristen), Eric Freeman (Tyler Grant), Nicholas Delany (Peter), and Sorika Wolf (Sabrina Navarro).