Where Was Nightmare Alley Filmed? 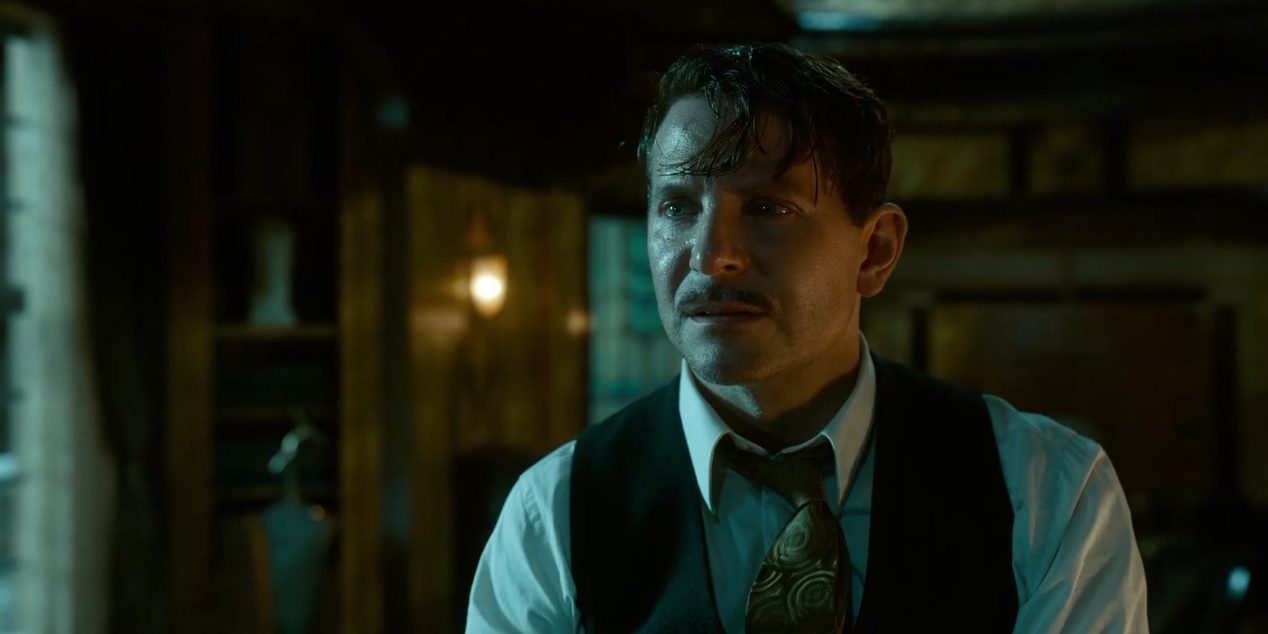 Is it a man, or is it a beast? Auteur filmmaker Guillermo del Toro’s neo-noir period piece ‘Nightmare Alley’ is painted with a cold and brooding ambiance. Arsonist Stanton Carlisle burns down his home and takes a job in a traveling carnival. He makes good business working as a psychic, but his story is bound for a turn upon the arrival of menacing psychologist Dr. Lilith Ritter.

The star-studded cast ensemble includes Bradley Cooper, Cate Blanchett, Toni Collette, Willem Dafoe, Rooney Mara, and more. The carnivalesque story unfolds in a kitsch midwest, while the second half of the story transports the audiences to a noir-tinted Chicago. However, you must be wondering where the movie was filmed. In that case, let us take you to the locations

‘Nightmare Alley’ was filmed in locations in the US and Canada, especially in Ontario and upstate New York. Principal photography commenced in January 2020 but was temporarily shifted to New York. Production came to a halt in March 2020 due to the onset of the COVID-19 pandemic. Production resumed again in September 2020 and was completely wrapped up by December 2020. Let us now take you to the specific locations where the movie was filmed!

Most of the movie was filmed in and around Toronto, a skyrocketing Canadian metropolis along the northwestern shore of Lake Ontario. Although the city depicted in the movie is supposed to be Chicago, the film is mostly shot in Toronto. In one memorable scene in the movie, Stan Carlisle is taken to Ritter’s office.

The sequence was filmed at the R.C. Harris Water Treatment Plant, a functioning water treatment facility located at 2701 Queen Street East in Toronto. Stanton’s show takes place at College Park, a shopping mall situated at 444 Yonge Street in the city. Moreover, the exterior Carnival scenes were filmed at the Markham Fairgrounds, a fair complex at 10801 McCowan Road in the city of Markham, around 30 kilometers northeast of Downtown Toronto. Scenes were also filmed in the Greater Toronto Area.

Some scenes of the venture were captured in Hamilton, a picturesque port city in Ontario. While one side of the city features a panoramic view of Lake Ontario, the other side showcases the forested ridge area of The Niagara Escarpment. However, the Del Toro film was by no means the first one to visit the city. From Barry Levinson’s ‘Man of the Year’ to Thomas Kail’s adaptation of the musical ‘Hamilton,’ several movies chose the city.

Del Toro was reportedly looking for a city with an unfamiliar setting, but one that would be interesting to visit for the audience. After initial filming in Toronto, del Toro returned to Buffalo, the second-largest city in the state of NY. They filmed during the late winter, but the director’s signature snow had to be artificially created, much to the dismay of the production team.

Scenes were filmed in and outside the iconic Buffalo City Hall, a seat of administration showcasing art deco architecture located at 65 Niagara Square. The square itself was also featured in the movie. Niagara Square is an old public square situated at the crossings of Court Street, Genesee Street, Delaware Avenue, and Niagara Street. The crew also filmed sequences in the premises of The Karpeles Manuscript Library Museum, a haven for history buffs located near the Symphony Circle in the city.

Scenes were also filmed in other landmark buildings such as the Walter J. Mahoney State Office Building, at 65 Court Street, and Michael J. Dillon Memorial United States Courthouse, at 68 Court Street. Previously, productions like ‘A Quiet Place II‘ and ‘Drunk Bus’ made a tour of the city.