‘A Quiet Place Part II’ is a follow-up to 2018’s smash hit horror film ‘A Quiet Place‘ and continues the story of the Abbott family members as they try to survive in a post-apocalyptic world overrun by deadly alien creatures who prey on humans. John Krasinski returns to the director’s chair and proves that his charisma is not only limited to his screen appearances. With slick direction and a suave screenplay (also penned by Krasinski), the film finds elements of humanity in an otherwise terrifying premise and grim setting.

However, as the uncanny tale of survival reaches its conclusion, plenty is left to the audience’s imagination. If you are one of the viewers left baffled by the movie’s ending, you need not worry. Allow us to provide answers to some of the most pressing questions from the ending of ‘A Quiet Place Part II.’ SPOILERS AHEAD.

In ‘A Quiet Place Part II,’ over a year has passed since the alien creatures first attacked the US. The surviving Abbott family members, namely Evelyn (Emily Blunt), her teenage children, Regan and Marcus, and her newborn son, leave their isolated house in search of other survivors. On their way to a fenced area, Marcus gets caught in a trap and injures his foot. His agony-filled scream is heard by one of the noise-sensitive alien creatures, and it attacks the family. 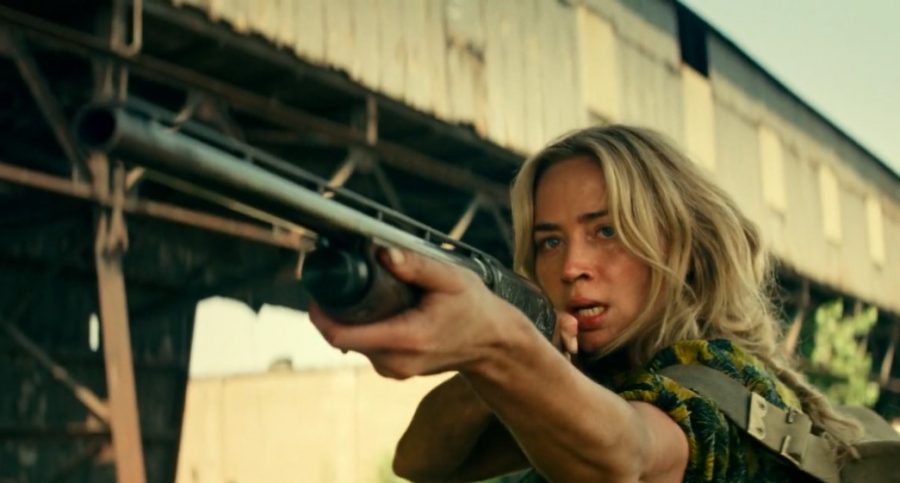 Regan is able to subdue the creature with the help of a kit she made using her cochlear implant hearing aid, a microphone, and a speaker. This allows Evelyn to fatally shoot the creature. More creatures follow after hearing the gunshot, and the family seeks refuge inside an abandoned foundry. They receive help from a mysterious man who hides them inside an underground bunker where he has been living.

The man named Emmett (Cillian Murphy) is a reclusive friend of Evelyn’s husband, Lee. Evelyn persuades him to allow the family to remain inside the bunker. Regan catches a radio broadcast of a song. She believes that it is a signal from a colony of survivors across the sea. The next morning, Regan embarks on a solo mission to use the colony’s radio to broadcast the frequency of her hearing aid to any survivors so they can use it to fight the creatures. Whether or not Regan succeeds and if the Abbott family survives more attacks from the vicious creatures makes up for the rest of the story.

A Quiet Place 2 Ending: Does Regan’s Plan Succeed? What Happens to Regan and Emmett?

In the climax of the movie, Regan and Emmett make it to the radio station on the island where a colony of survivors resides. However, a creature that found its way onto the island has followed the duo. Emmett tries to distract the creature so that Regan can broadcast the frequency of the hearing aid. The creature’s attack badly injures Emmett. Meanwhile, another creature has found its way into the bunker and attacks Evelyn, injuring her.

Regan draws the creature away from Emmett and broadcasts the frequency. The creature becomes vulnerable after hearing the noise, and Regan finishes it off by impaling a metal rod through its head. At the same time, Marcus picks up the broadcast on his portable radio and uses it to make the creature vulnerable. He then shoots the creature with a revolver and kills it.

The ending delivers two powerful moments that are visually similar and underline key character development for Regan and Marcus. Both children have been forced to step up in the face of adversity. Each of them kills a creature in a coming-off age moment that not only swipes away their innocence but is also a stark reminder of the desperate times humanity is facing. The ending highlights that the children are aware of the responsibility to protect their family that falls upon their shoulders. Ultimately, Regan’s bold plan works, and it ends up ensuring the survival of the Abbott family, Emmett, and potentially more survivors who pick up Regan’s broadcast.

What Are the Creatures’ Weaknesses?

Humanity (and the audience) knows precious little about the super strong and super-fast alien creatures that are terrorizing Earth. We know that the creatures use their hearing abilities to get around and locate their prey. Towards the end of the previous film, Lee and Regan figure out that the creatures are vulnerable to a specific high-pitch noise emitted by Regan’s hearing aid. In this movie, Regan is able to semi-weaponize the noise to defeat the creatures.

The movie also explores another previously unknown weakness of the creatures, one that ensures the survival of the islanders. As it turns out, the creatures cannot swim. Therefore, they are unable to find their way to the island. However, this information raises more questions than answers. The most important question that arises is why wasn’t this information shared with other survivors? It is possible that broadcasting such information would attract the creatures.

Although the creatures cannot understand human language, relaying such a verbally heavy broadcast could end up attracting the creatures when played out loud. It is also possible that a lot of people would make their way to the island after hearing the broadcast. Similar to Emmett, the islanders might also be wary of outsiders. Hence, they opted against sharing this information on a large scale. The move doesn’t make perfect sense, but we are sure the islanders had a good reason for not divulging this information. Nonetheless, humanity now knows of the noise that makes the aliens vulnerable and could weaponize it on a large scale to fight back.

Is the Colony Leader Dead?

The movie introduces us to Djimon Hounsou’s character (credited simply as the Man on the Island), who is the leader of the colony of survivors. It is the colony leader who tells Emmett that the creatures cannot swim. However, one creature drifts onto the island on a boat. As the creature wreaks havoc in the settlement, the leader, Emmett, and Regan get in a car and distract the creature. As they reach the radio station, the leader fears that the creature turned back halfway and his family might be in danger. Just then, the creature reaches inside the station and drags the leader away. 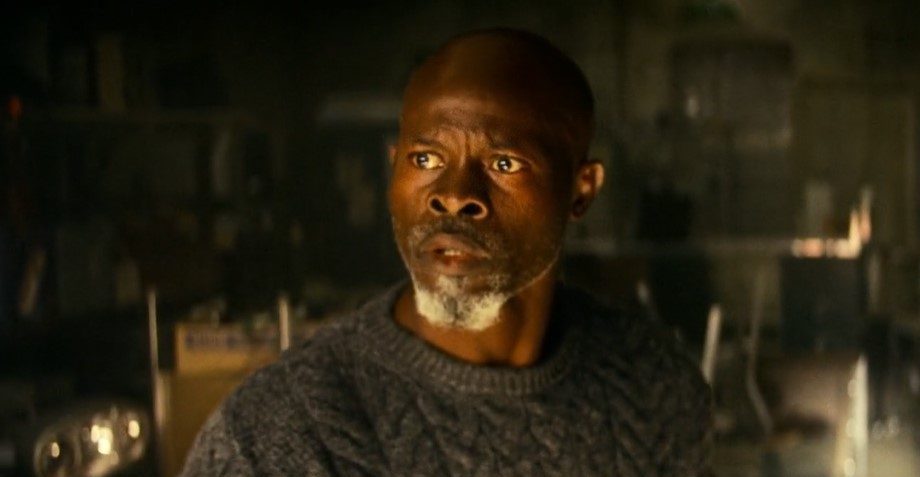 While the colony leader’s fate is never confirmed, it is highly likely that he is dead. When he is being dragged away, he appears to be unarmed and therefore had no means of protecting himself. There is a tiny chance that the leader survived, given how quickly the creature returned to torment Regan and Emmett. Then again, it only takes the creatures a matter of seconds to kill humans. Hence, it is safe to assume that the character is dead.

Read More: Where Was A Quiet Place Part 2 Filmed?