Where Was Slumberland Filmed? 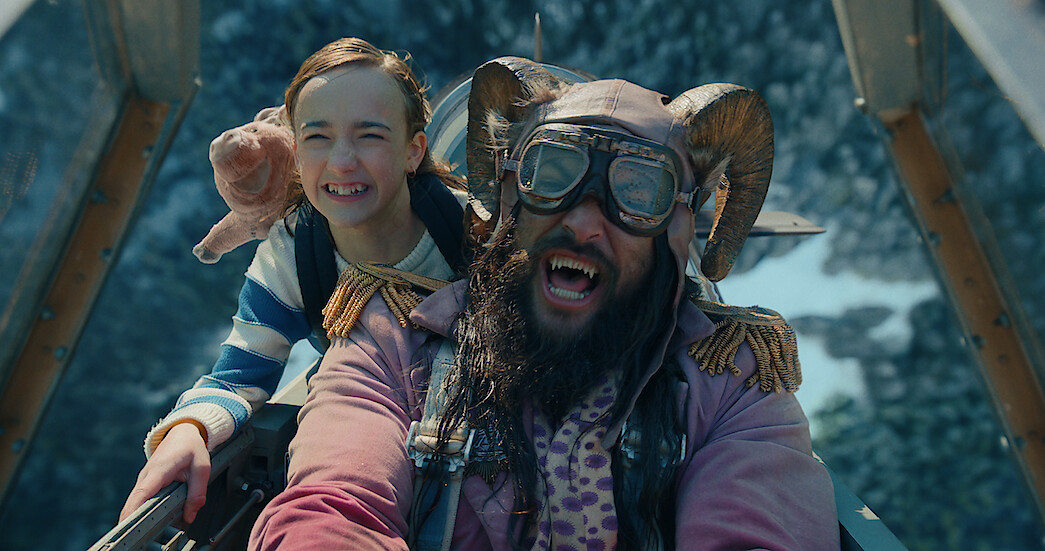 Based on Winsor McCay’s comic strip ‘Little Nemo in Slumberland,’ Netflix’s ‘Slumberland’ is a fantasy adventure movie directed by Francis Lawrence that revolves around a young girl named Nemo. She is sent to live with her caring yet awkward uncle, Philip, after losing her father, Peter, in the open sea. Nemo struggles to fit in at her new school and finds it hard to get used to her new routine without her father. However, at night, she sleeps in the real world but wakes up in Slumberland, a magical and fantastical world where she meets Flip, a lovable outlaw.

Together, Flip and Nemo embark on an adventurous journey, traversing through dreams, nightmares, and reality, while she hopes to be with her father again. Featuring impressive performances from a talented ensemble comprising Jason Momoa, Marlow Barkley, and Chris O’Dowd, the enthralling and sentimental narrative keeps the viewers hooked on the movie. At the same time, the colorful visuals and fantastical land of Slumberland make one wonder where the magical movie was shot. If you have been paddling the same boat of curiosity, you might be interested in what we have to share!

‘Slumberland’ was filmed entirely in Ontario, specifically in the Greater Toronto Area. The makers originally planned to begin shooting in the summer of 2020, but due to the COVID-19 pandemic, they had to postpone it. After several months of delay, principal photography for the fantasy movie reportedly commenced in February 2021 and wrapped up in May of the same year. So, let’s travel to Slumberland to get a detailed account of all the specific sites that appear in the Netflix movie!

All the pivotal sequences for ‘Slumberland’ were lensed in the Greater Toronto Area, a region containing 25 urban, suburban, and rural municipalities, including the City of Toronto and regional municipalities of Peel, York, Halton, and Durham. First and foremost, the lighthouse where Nemo and her dad used to live and have so many fond memories was a set built by the production team in Ontario Place at 955 Lake Shore Boulevard West and Pinewood Toronto Studios at 225 Commissioners Street, both in Toronto.

The #Slumberland lighthouse set has been spotted at Pinewood studio 😴🎥🎬 pic.twitter.com/n7W4rOdTQA

From the set of #Slumberland filming in the Royal York hotel in downtown Toronto. That's a BIG blue screen! 🎬 Lots of production trucks on Wellington Street too. Good to see safety first. 😷 @WhatsFilmingON @TOFilming_EM pic.twitter.com/F2VonOkZEG

For shooting several exterior scenes, the cast and crew members set up camp in different sites across Toronto, including Front Street, Wellington Street, Nicholson Lane, the area near Queen’s Park, the area around 85 Queen’s Wharf in CityPlace, Yorkville, and Toronto waterfront.

In addition, during the filming schedule, they were spotted taping a few key scenes in and around Centennial Pool at 120 Navy Street in the town of Oakville. Apart from ‘Slumberland,’ the Greater Toronto Area has hosted the production of various movies and TV shows, such as ‘Luckiest Girl Alive,’ ‘Mean Girls,’ ‘Flatliners,’ ‘The Queen’s Gambit,’ and ‘Reacher.’