Where Was Small Town Christmas Filmed? Who is in the Cast? 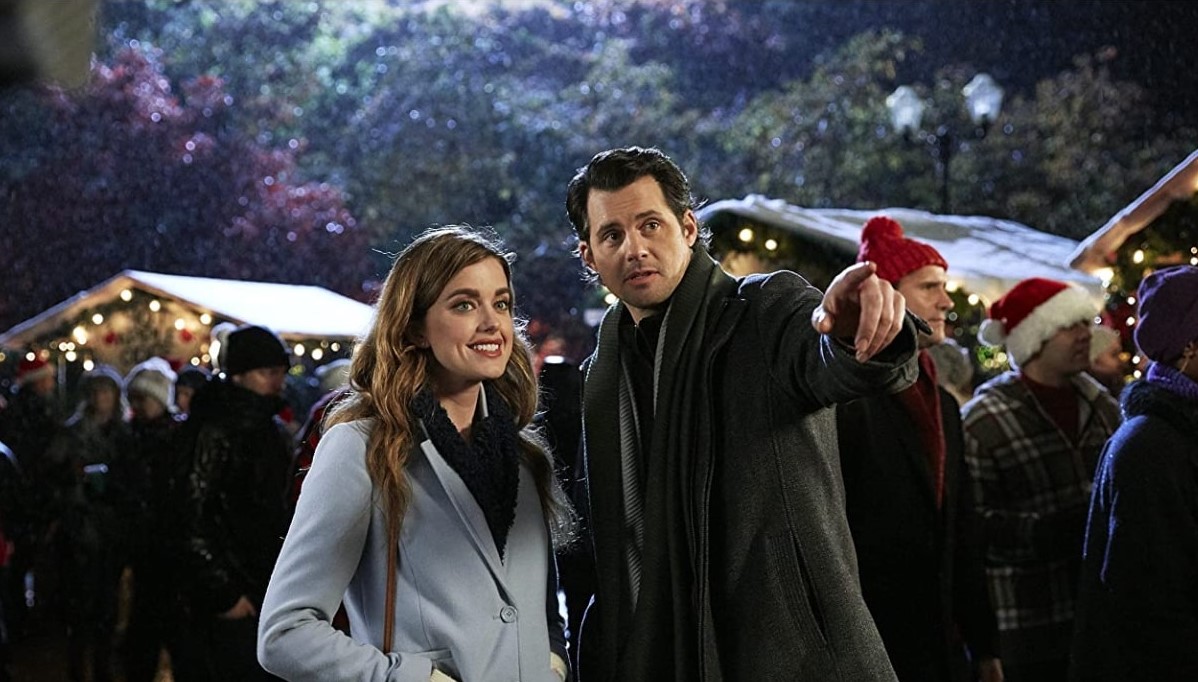 Directed by Maclain Nelson, ‘Small Town Christmas’ delineates the story of Nell, who visits her hometown town to attend a book tour. However, she is bound to confront her past when she encounters a man named Emmett during her tour. He turns out to be the man Nell had rejected a few years ago, but when they reconnect in the present, she slowly begins to understand his importance in her life. Since the movie is set in the cozy town of Springdale, it is natural for fans to wonder whether the idyllic town exists in real life or not. Well, we’d like to tell you all you need to know about its cast and filming details!

‘Small Town Christmas’ was filmed around October 2021. If you want to know where this movie was shot, we have all the information you need. The production team went to a few locations in British Columbia and even Pennsylvania to film the movie. Let’s get into more details!

Some scenes of the movie were shot in Beaver in Pennsylvania. Located 30 miles northwest of Pittsburgh, the borough has served as a filming spot for several movies like ‘I Am Number Four,’ ‘Out Of The Furnace,’ ‘Wonder Boys,’ and ‘Adventureland.’ Beaver is located at the joining of the Beaver and Ohio Rivers, and is popular for its aesthetic stone houses and public buildings.

‘Small Town Christmas’ was extensively filmed in different parts of British Columbia. One of the locations for filming is a bookstore in Steveston. The lead actors Kristoffer Polaha and Ashley Newbrough shared pictures on the set of the bookstore during the filming. The latter was excited to recreate one of her cherished scenes from ‘Beauty and the Beast’ and even stated that she could’ve spent the entire day there.

A resident of Steveston shared photos of night-time visuals of the town besides appreciating its impressive filming record. Speaking of which, a few movies and TV shows filmed in Steveston include ‘The Interview,’ ‘Power Rangers,’ ‘Deadpool,’ ‘Godzilla,’ ‘The X-Files,’ and many more. Steveston Village, located in Richmond, was originally founded in the 1880s by William Herbert Steves and is one of Richmond’s most popular destinations.

Parts of the movie were shot in Vancouver, British Columbia. Marybeth Sprows, former Vice President of Original Programming at Crown Media, shared a photo on Instagram where she claims to be having relentless fun. Maclain Nelson, who also stars in the movie, shared a picture from Tates Toys and Comics, a toy store in Vancouver where a scene was shot.

Polaha loves filming Hallmark movies and was particularly excited about this one because it marks his fifth Hallmark movie. “Me and my Hallmark Miracles of Christmas movie posse. We are in the serious business of delivering “the feels,” he wrote.

The idyllic and picturesque city of Burnaby in the Lower Mainland region of the province also served as one of the filming locations in the movie. The city is home to many industrial and commercial firms, apart from which it also has British Columbia’s largest commercial mall — the Metropolis at Metrotown. The location features in popular movies such as ‘Black Christmas,’ ‘John Tucker Must Die,’ ‘Juno,’ ‘Passengers,’ and many more.

The cast of ‘Small Town Christmas’ is led by actors Ashley Newbrough and Kristoffer Polaha, who play the leading roles of Nell Phillips and Emmett Turner. You may recognize Ashley Newbrough from her Hallmark movie, ‘Love Under the Stars,’ or her recurring roles on The CW’s ‘Privileged’ or ABC’s ‘Mistresses.’ Kristoffer Polaha is popular for his roles in ‘Jurassic World: Dominion,’ ‘Wonder Woman 1984,’ and ‘Where Hope Grows.’