Is The Interview Based on a True Story?

Directed by Seth Rogen and Evan Goldberg, ‘The Interview’ is a 2014 comedy film that brutally satirizes modern media and arguably the most ruthless tyrannical regime in the world while dabbling in coarse, unfiltered humor. Dave Skylark (James Franco) is the host of the popular talk show ‘Skylark Tonight.’ After learning that the North Korean leader Kim Jong-un (Randall Park) is a fan of the show, Skylark and his producer Aaron Rapaport (Rogen) arrange a rare interview with the political leader. As they prepare to travel to North Korea, the CIA approaches them and asks them to assassinate Kim on their behalf. The film’s plot is integrally linked to geopolitics. If that has got you wondering whether ‘The Interview’ is based on true events, we’ve got you covered.

Is the Interview Based on a True Story?

No, ‘The Interview’ is not based on a true story. However, it heavily draws from real life, and that ended up causing an international incident. In June 2014, an unidentified official in North Korea’s foreign ministry reportedly told the country’s news agency KCNA that “The act of making and screening such a movie [hinting at ‘The Interview’] that portrays an attack on our top leadership … is a most wanton act of terror and act of war, and is absolutely intolerable.” 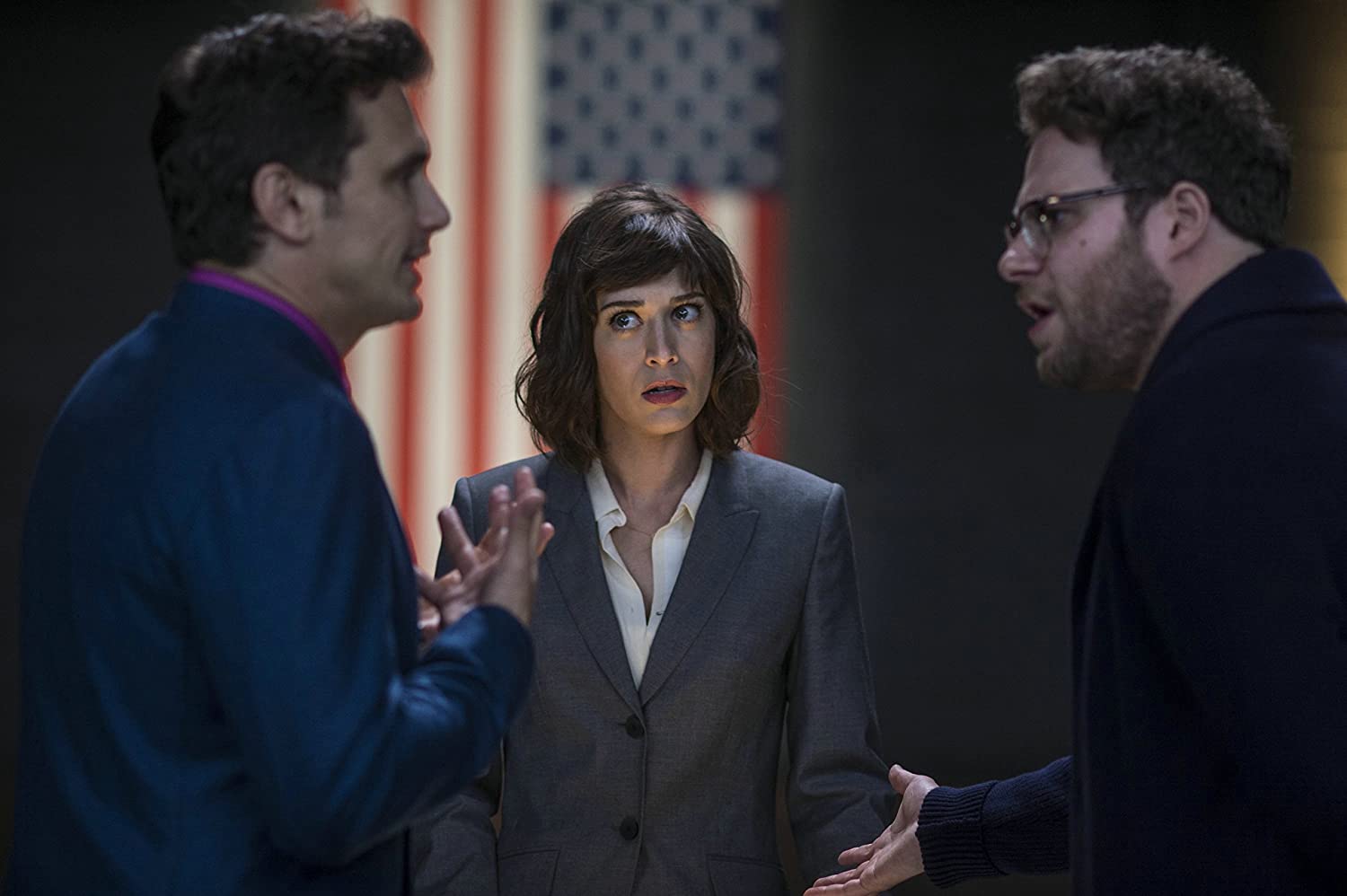 A month later, North Korea’s UN ambassador Ja Song Nam echoed these sentiments in a letter to UN secretary-general Ban Ki-moon. Despite the tense situation, Rogen seemed to have found some humor in it. He quipped on Twitter, “People don’t usually wanna kill me for one of my movies until after they’ve paid 12 bucks for it.”

According to Dan Sterling, who wrote the script for the film, the idea for the movie originated during a conversation between him, Rogen, and Goldberg. The initial concept was about landing an interview with Osama Bin Laden. But then, Sasha Baron Cohen was working on ‘The Dictator,’ so Sterling and his collaborators wanted to try something different. In Sterling’s early drafts, the dictator was fictional, and so was the country they controlled. After several of these conversations, the idea of the film finally began to take shape.

Sterling himself refuted the film’s outlandish premise. “I don’t actually think our government is currently obsessed with whacking foreign heads of state, so with certain speeches in the film, I took the opportunity to get out the message that the way to deal with oppressive dictatorships is not to assassinate their leaders or make the choice to be interventionist and aggressive with foreign policy,” he said in an interview. “I wanted to avoid glamorizing the film’s premise and make it clear why it’s not OK to do that…almost like a disclaimer. The movie is intended to make fun of a lot of things – including the CIA, America’s obsession with celebrity journalism, and so on. So this wasn’t meant to be a statement of any kind.”

In November 2014, a hackers’ group calling themselves the Guardians of Peace gained access to Sony’s computer networks and subsequently released sensitive information about the company. Although North Korea claimed that they had nothing to do with this group, the hackers called ‘The Interview’ “the movie of terrorism.”

According to Rogen, Sony hired private security for him and other people involved with the project amidst the growing threats. Sony decided to scrap the plans of a wide theatrical release, but due to the pressure from several influential sources, including the White House, released the film in the US theaters in December 2014. Clearly, ‘The Interview’ is not based on a true story, but it’s perfectly understandable if someone thinks it is.

Read More: Will There be a The Interview Sequel?