Where Was Stand by Me Filmed? 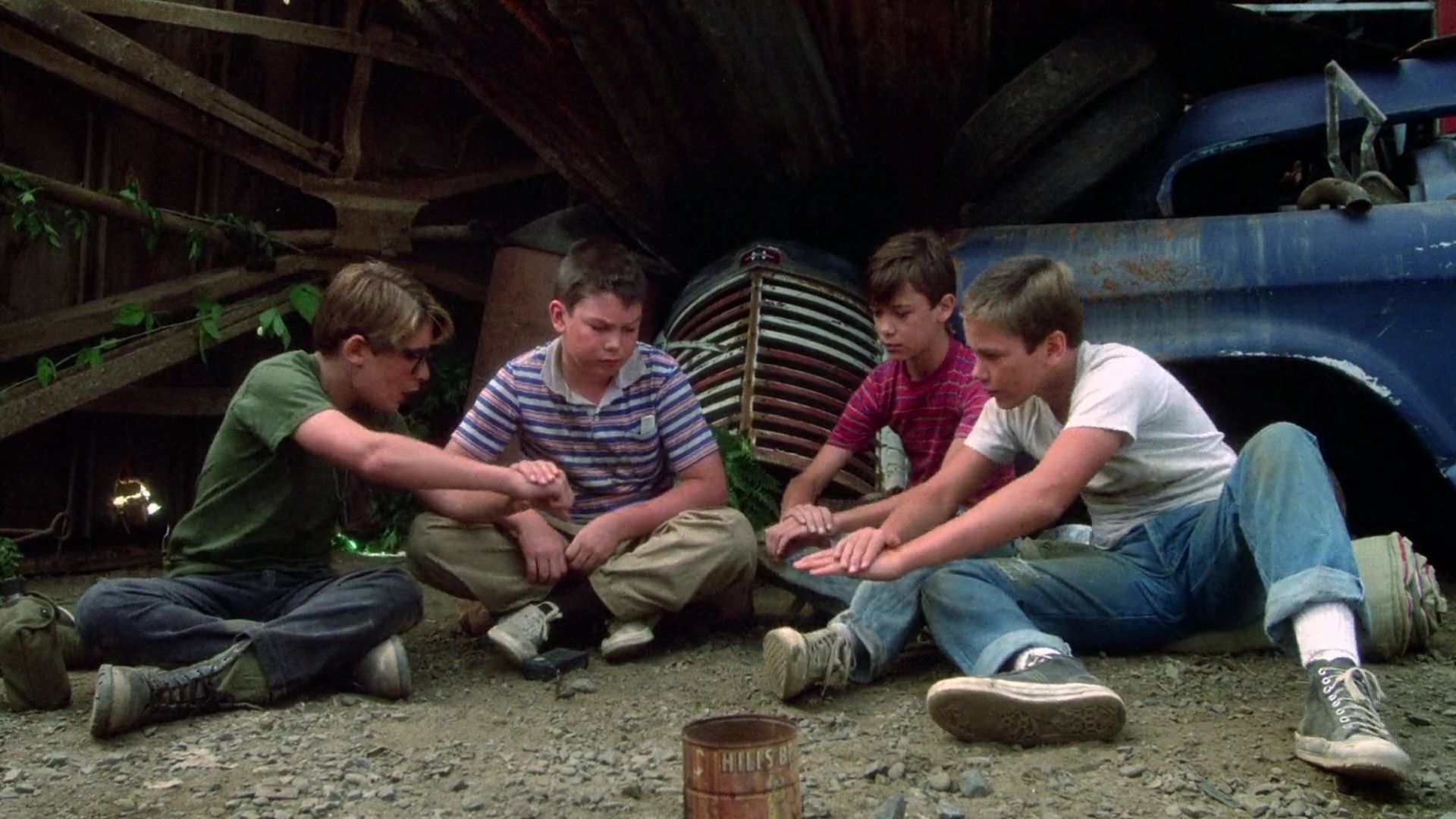 Directed by Rob Reiner based on the 1982 novel ‘The Body’ by Stephen King, ‘Stand by Me’ is a compelling and timeless coming-of-age film that revolves around the camaraderie of four young teenagers, Gordie, Chris, Vern, and Teddy, who embark upon a journey on foot through 50s Americana to find the corpse of a local teenager who was killed by a train accident.

Told from a realistic vantage point, freaking hilarious at times, and tinted with nostalgia, the film has become something of a classic of its genre. Unfolding like a dreamy adventure, ‘Stand by Me’ takes the audience to dimly lit towns and tranquil forest trails. If you seek to walk the trails trodden by the four musketeers, let us be your guide.

Stand by Me Filming Locations

‘Stand by Me’ was filmed in its entirety in the US, especially in Oregon. Filming began on June 17, 1985, and was wrapped up by August 23, 1985. Let us now visit the specific locations where the film was shot!

The majority of the film was shot in and around Brownsville, a small town in the Linn County of Oregon. This town served as the fictional Castle Rock of the film. As the film begins, Gordie Lachance gets a copy of the book ‘True Police Cases’ on North Main Street. Then, he walks towards Spaulding Way. 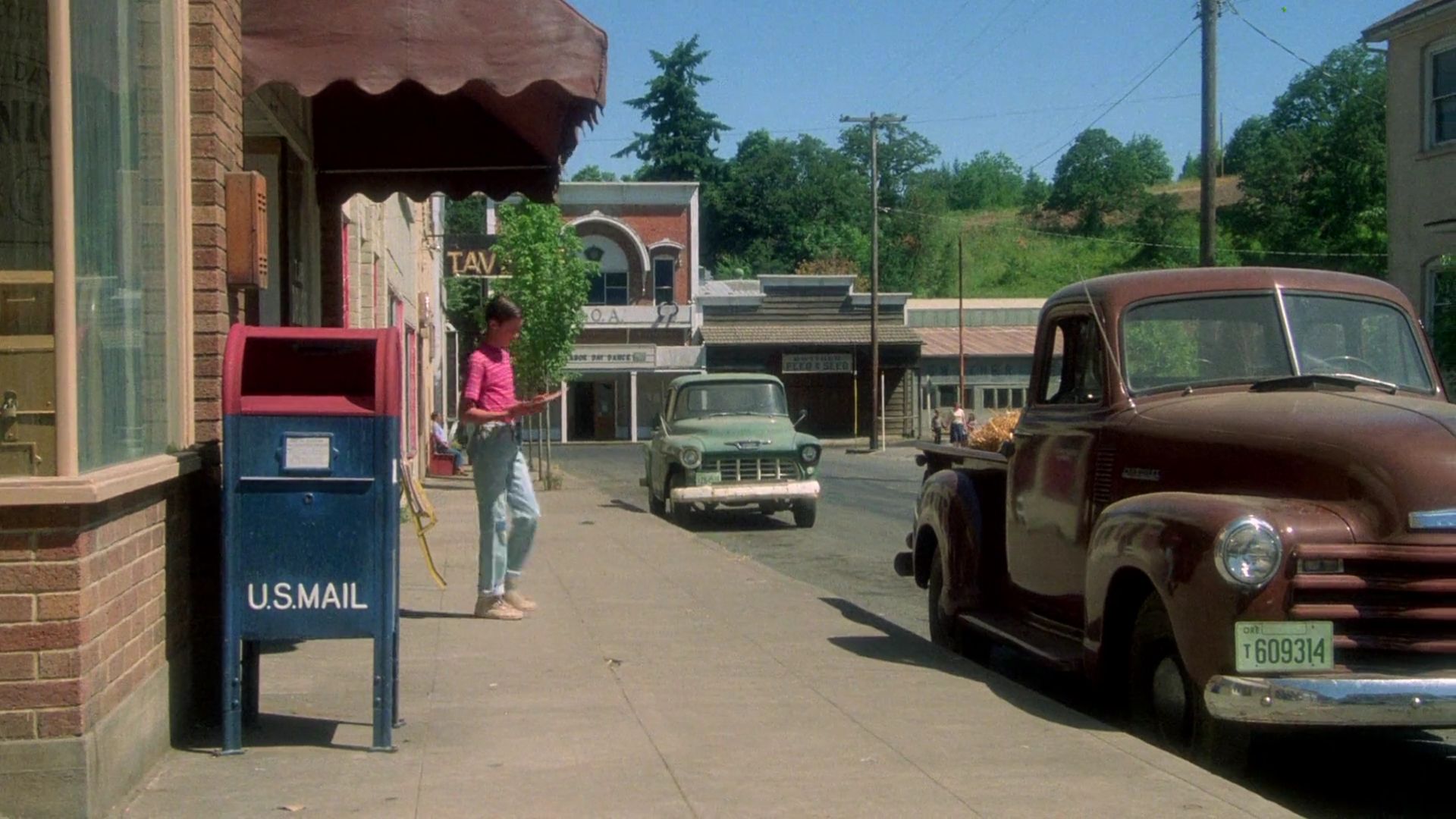 Gordie Lachance’s destination, the treehouse, is located a bit further, on School Avenue. 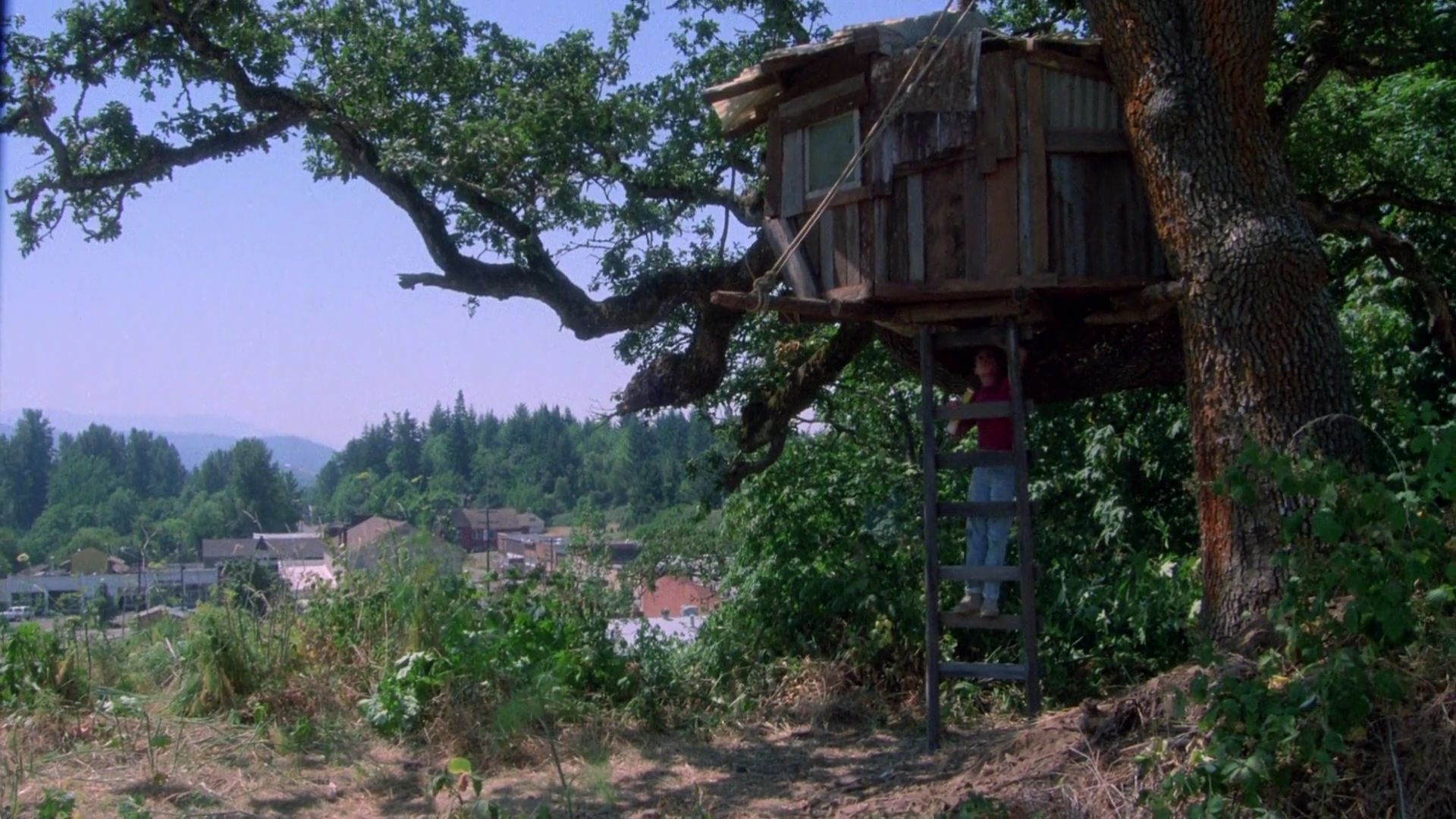 Gordie’s home, where he feels neglected as his parents grieve over their elder son, is located at 325 Fisher Street in Brownsville. 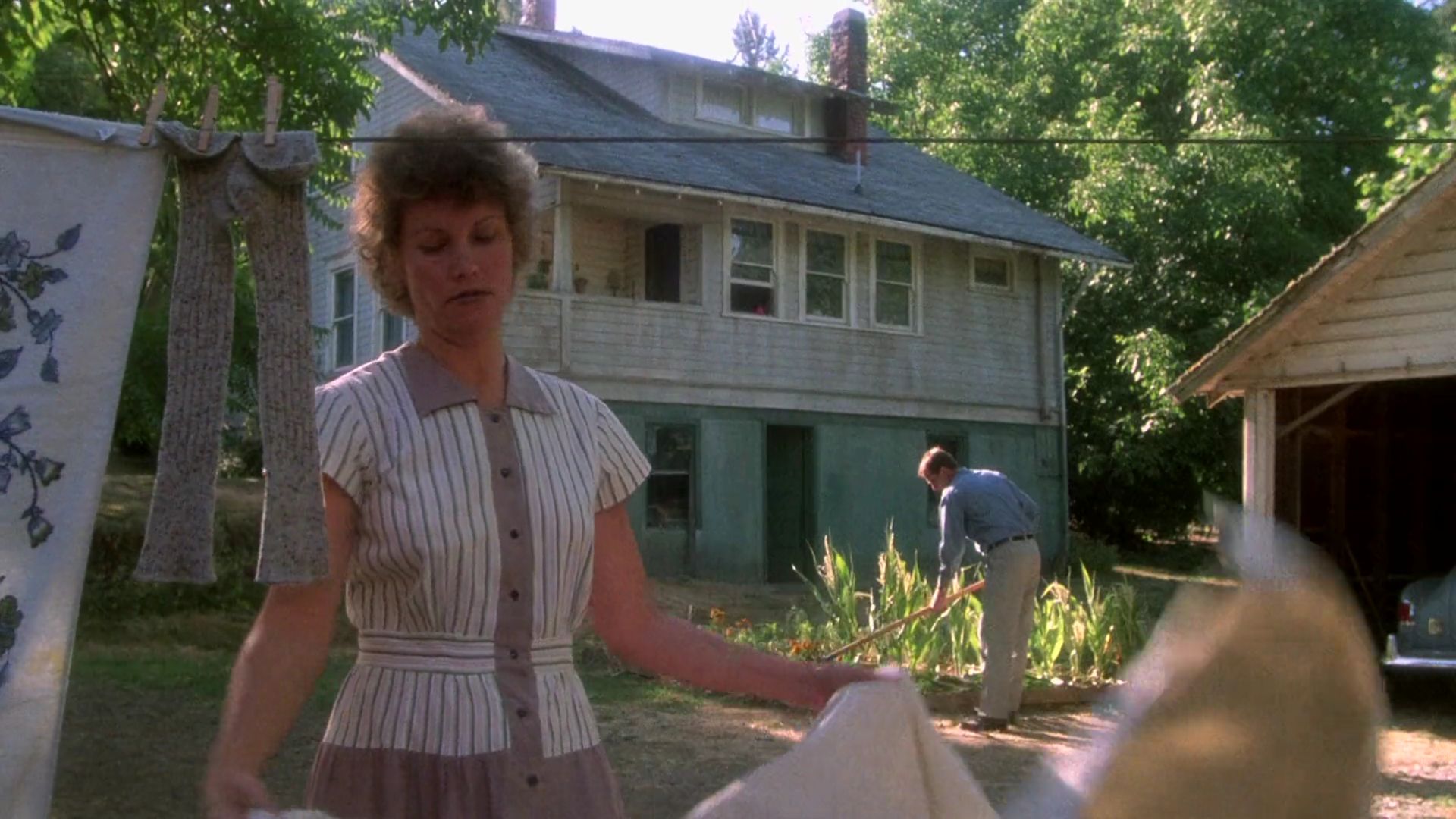 The Brownsville Saloon, a pub located at 419 North Main Street, served as the ‘Irby’s’ location, outside which Gordie’s cap is taken from him. 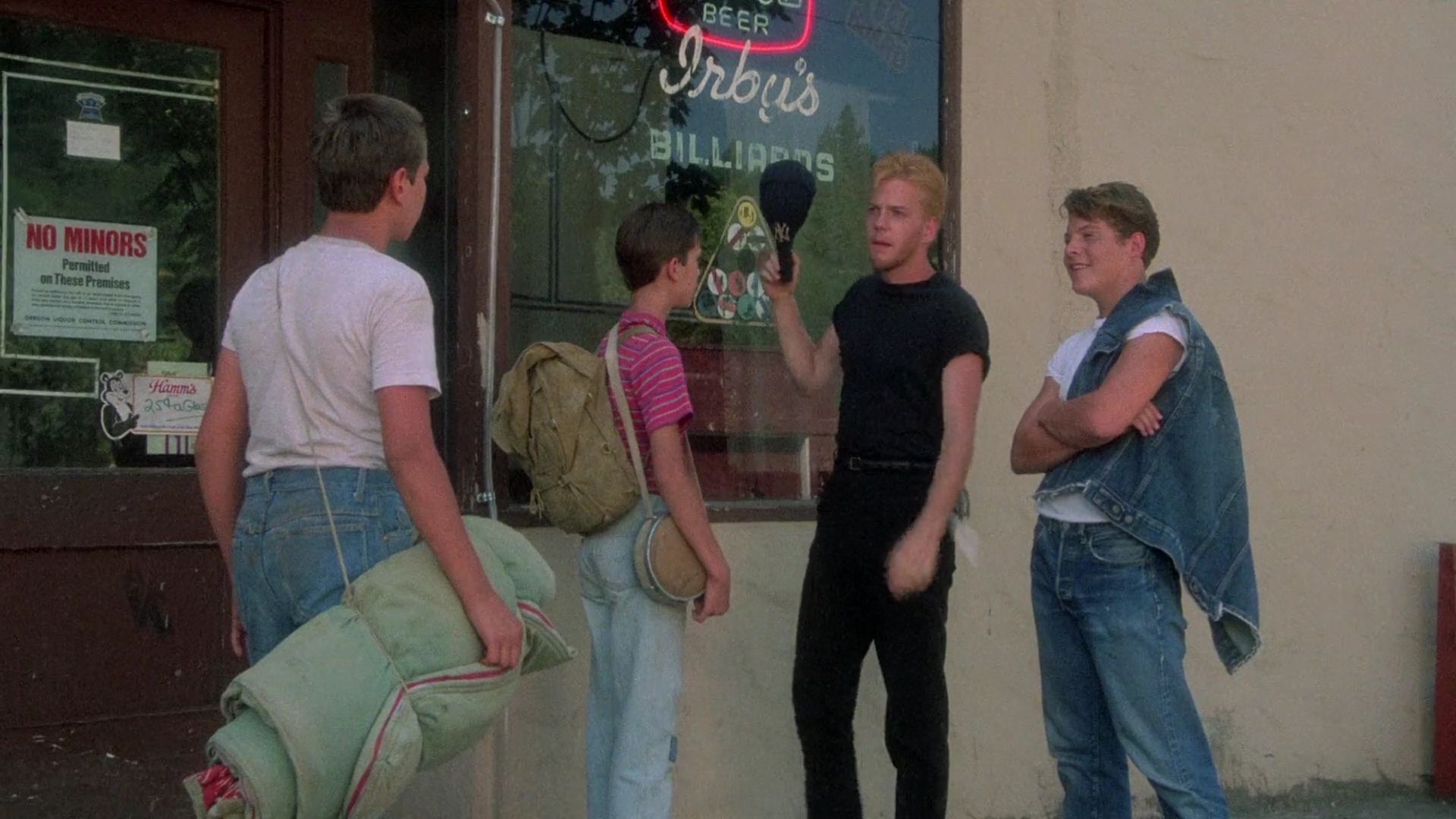 Behind the ‘Blue Point Diner,’ Chris shows Gordie the firearm that he has procured. Brownsville Health Mart Pharmacy, at 411 North Main Street, at a pebble’s distance from the pub, served as the location of the diner. The scene was filmed in Holloway Heights, the alley behind the pharmacy. 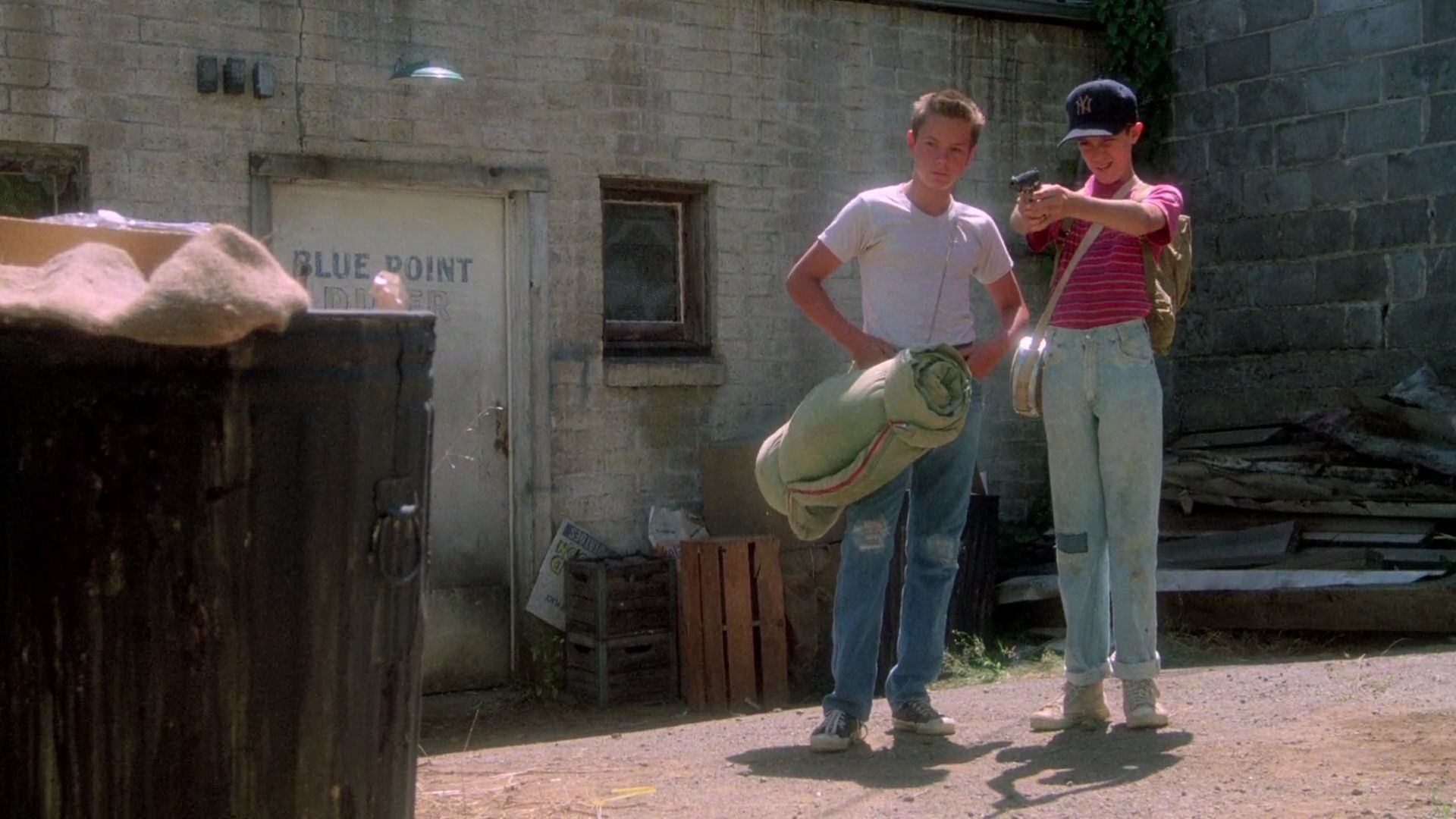 Gordie’s dream sequence was filmed in the Baptist Cemetery of Brownsville. The house of Ace Merrill, the bully, is a residential property located at 1152 Linn Way. 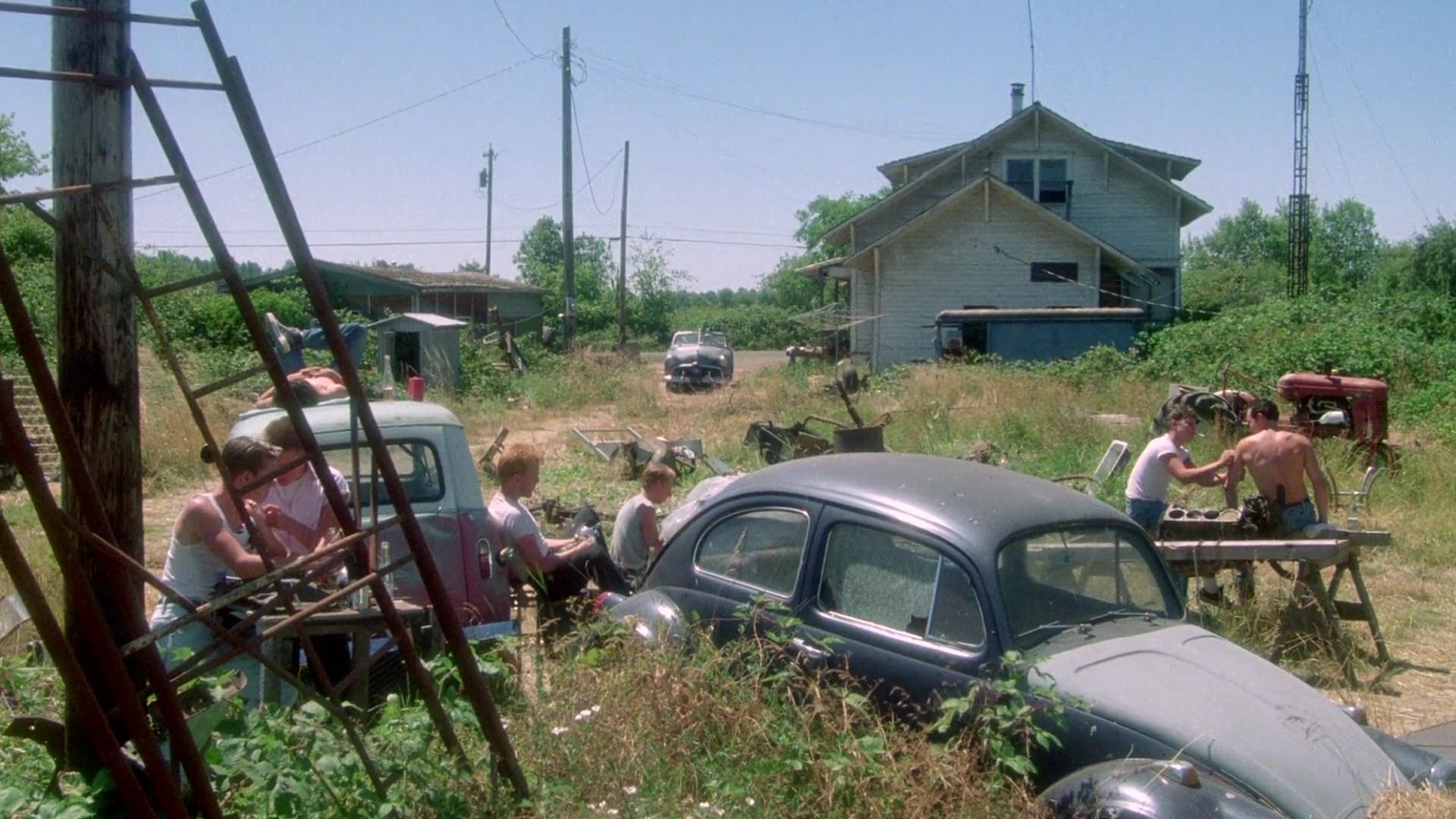 At a later scene, Vern finds a penny – this scene was filmed at the intersection of North Main Street and Park Avenue. The end of the journey brings the boys back to Brownsville. The boys are seen to be crossing the Calapooia River Bridge on North Main Street, following which, they reach Park Avenue and part ways. The bridge is popularly known as Crawfordsville Bridge. 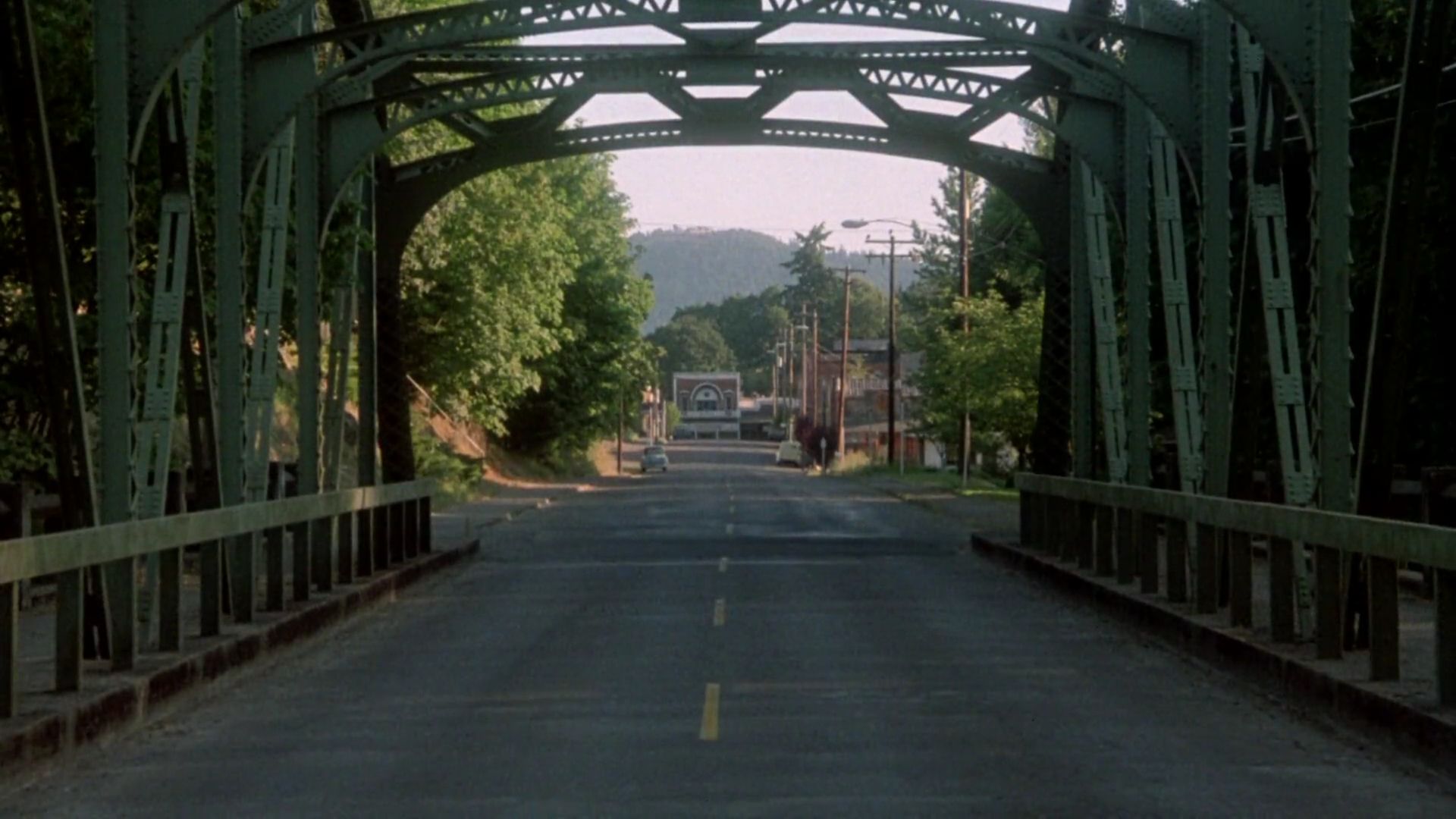 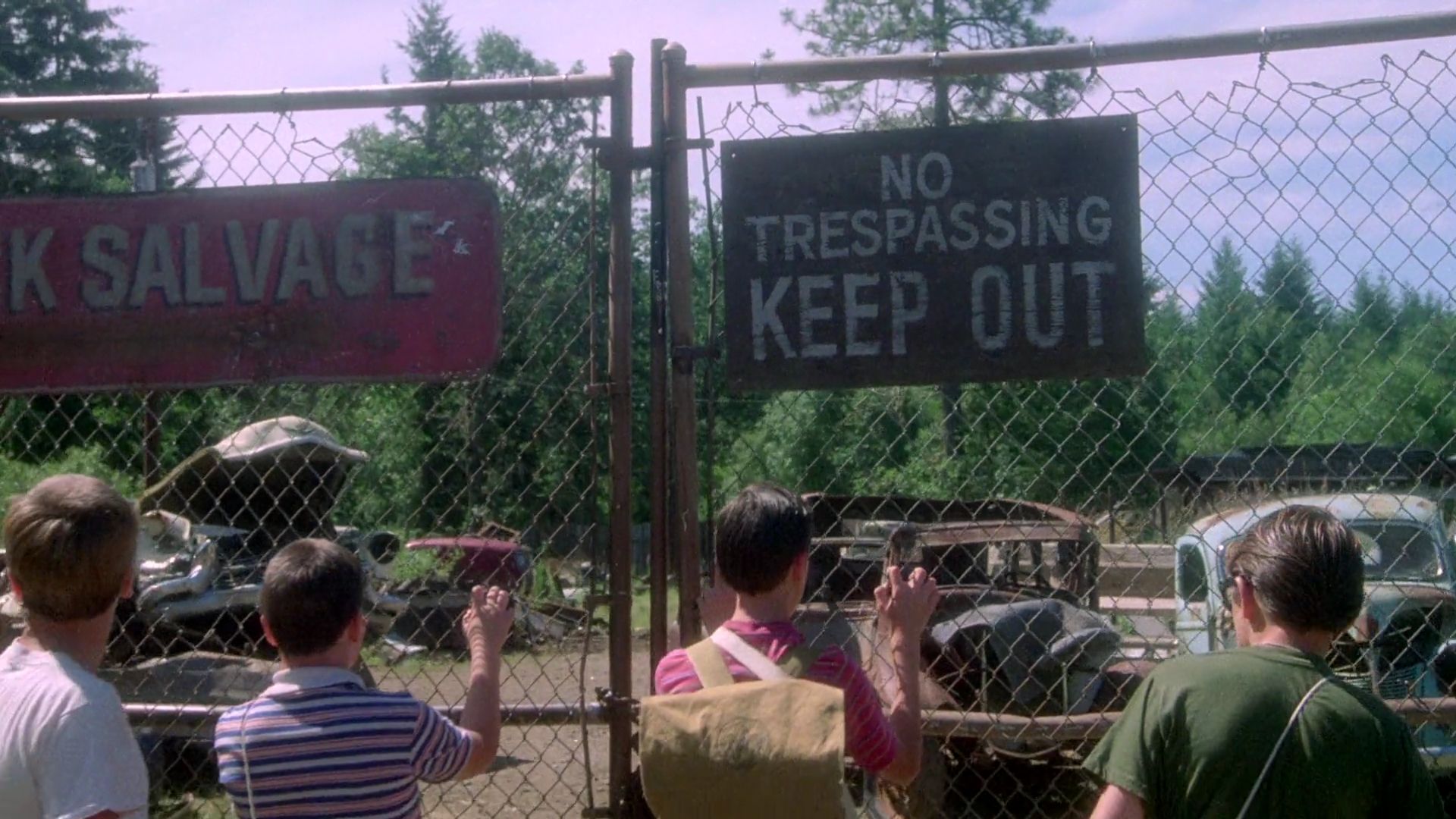 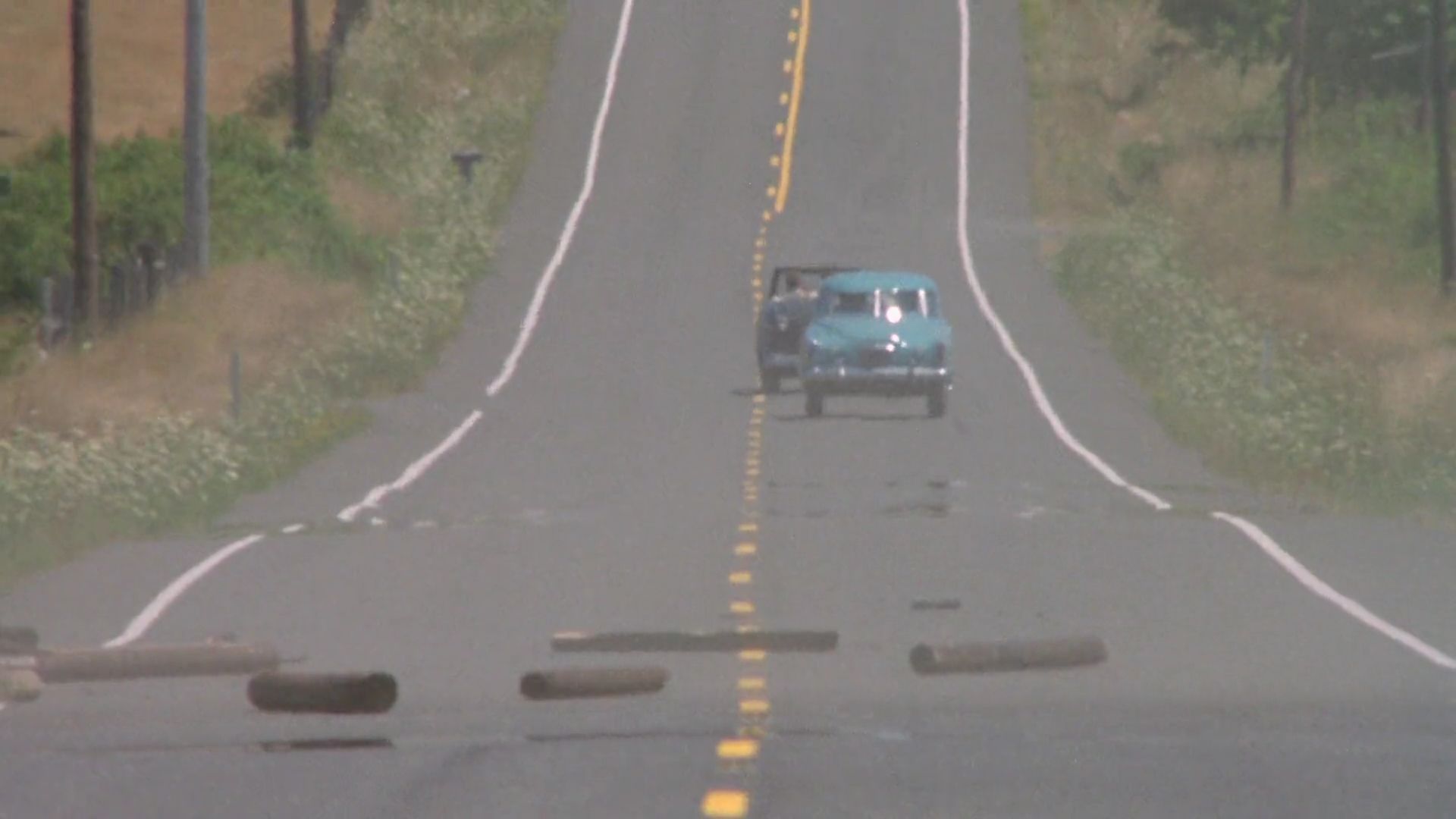 Filming was also carried out in a location southwest of Junction City, which is a township in Lane County. The crew filmed at 91979 Territorial Highway, northeast of Franklin Road, in a location that served as Quidaciolu’s General Store in the film. The building now stands abandoned. 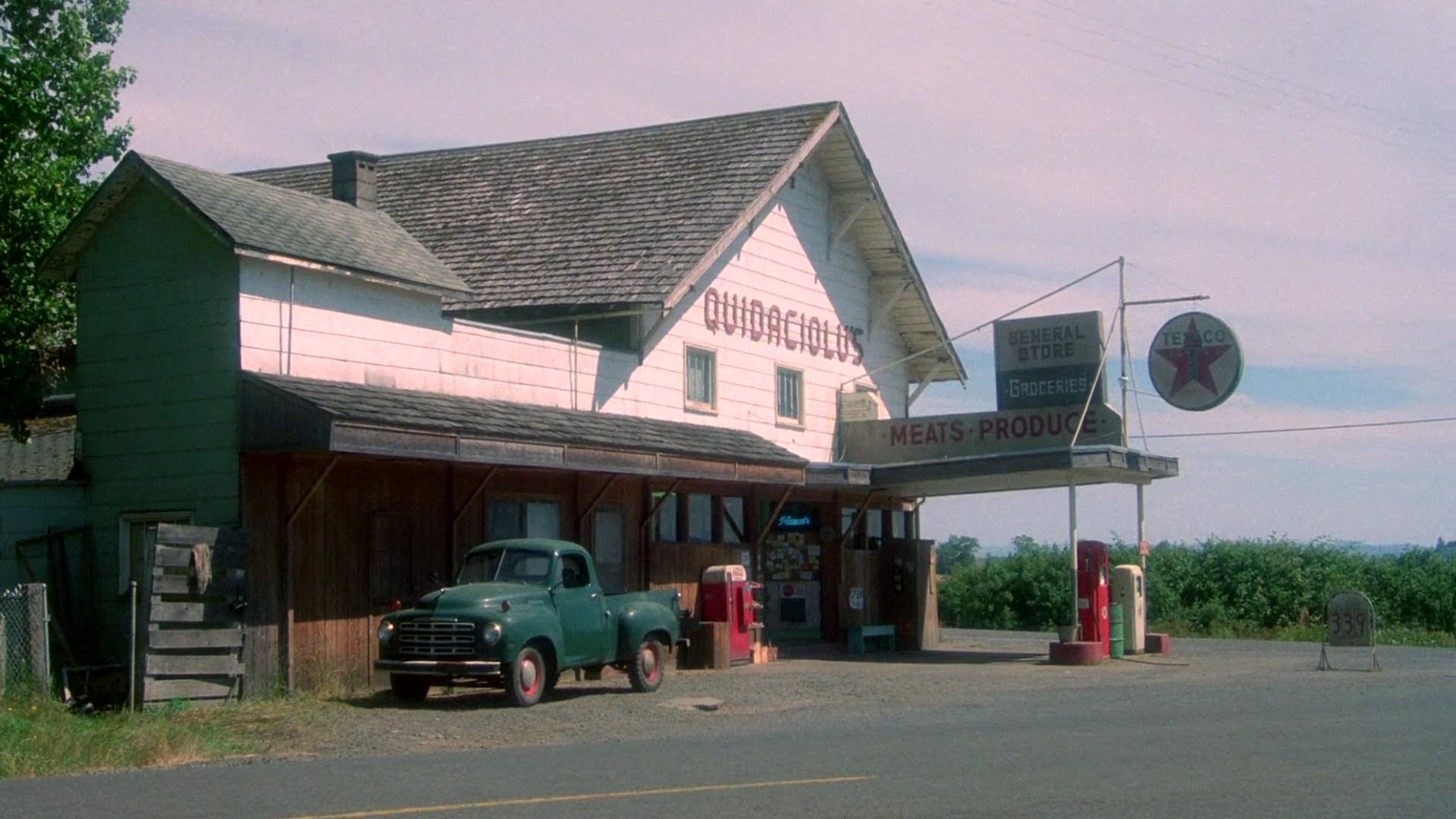 The Wisconsin scenes were mostly filmed in Cottage Grove, a suburban city in Lane County of Oregon. The trek of the friends begins from a rail bridge. The bridge proved to be Row River Trail, at Jenkins Road and Lang Road in Cottage Grove. Several scenes were also filmed on the Goose Line Railroad in the same area. The railroad has now been converted into a cycling path. 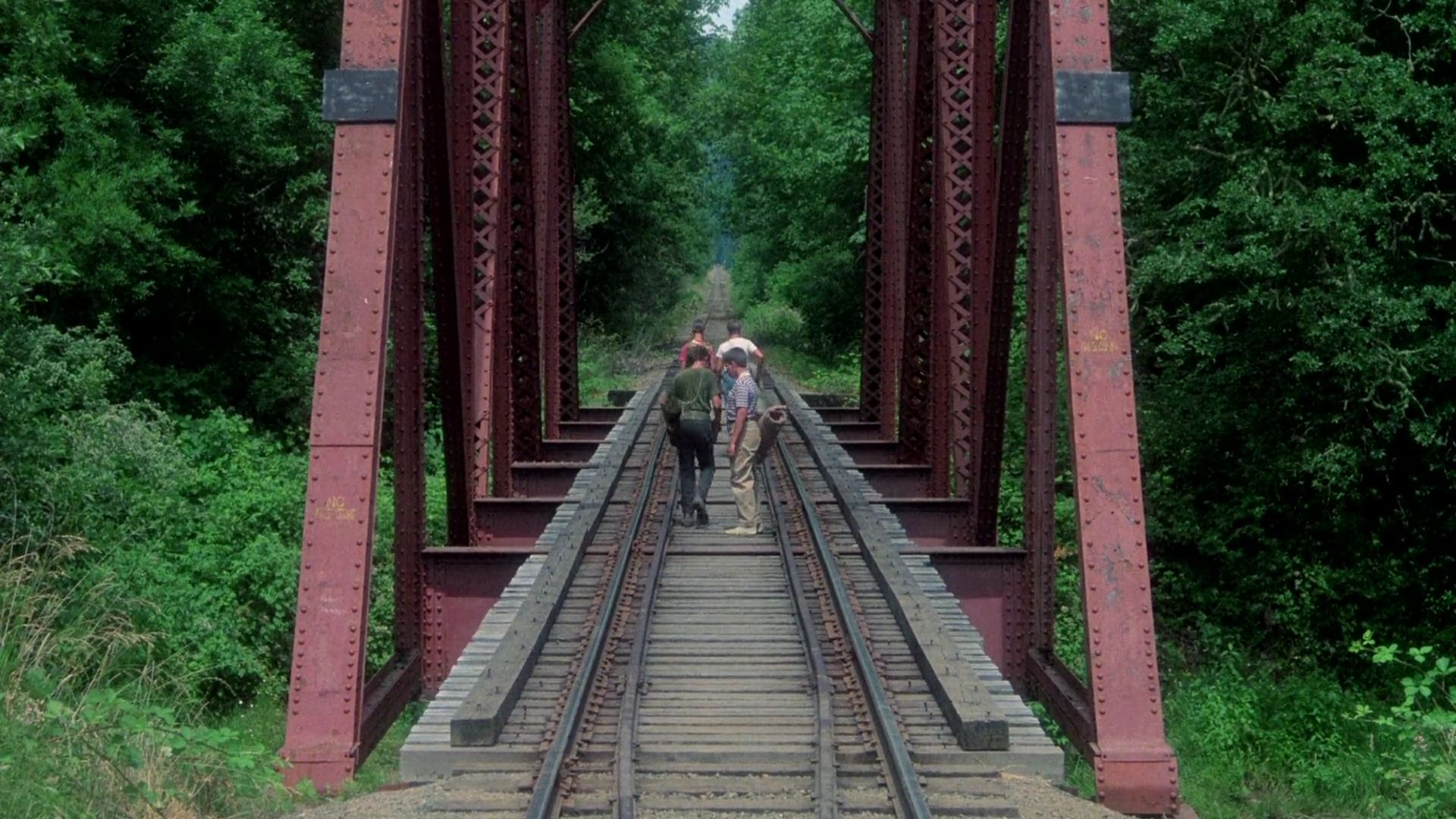 The trestle bridge scene where the musketeers dodge an oncoming train was filmed not in Oregon but at Eagle Mountain Lane in Burney, California. The railroad is McCloud River Railroad, and the bridge goes over the McCloud River, east of Lake Britton. 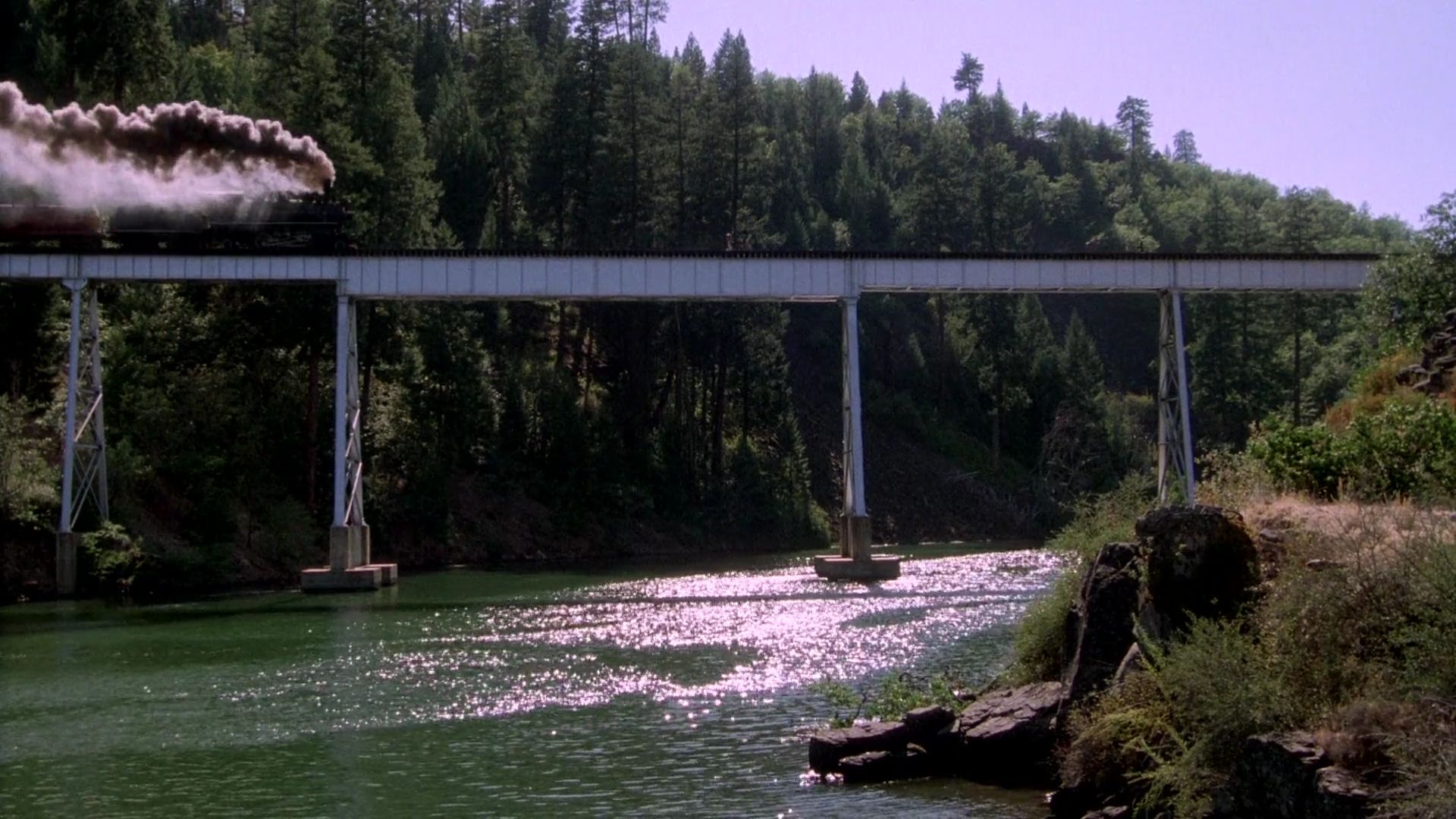 Some scenes were also filmed on Yreka Western Railroad in Yreka, California.

The epilogue of the film sees Gordie all grown-up and an established writer by vocation. He lives in a mansion situated at 380 San Rafael Avenue in Pasadena, California. This location has been used for many cinematic productions such as ‘Rush Hour’ and ‘Bridesmaids.’ 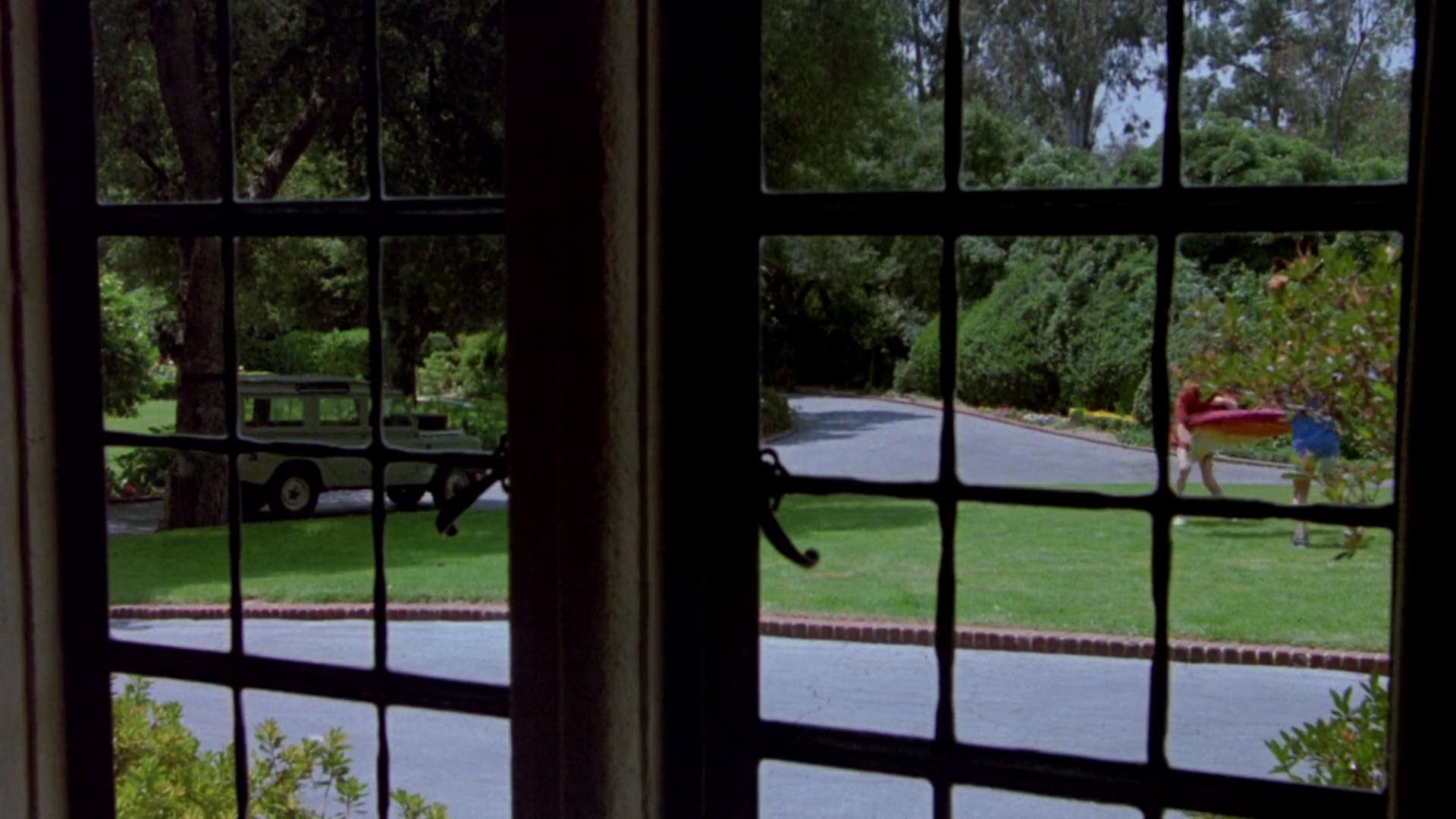