Where Was Tales From The Loop Filmed? 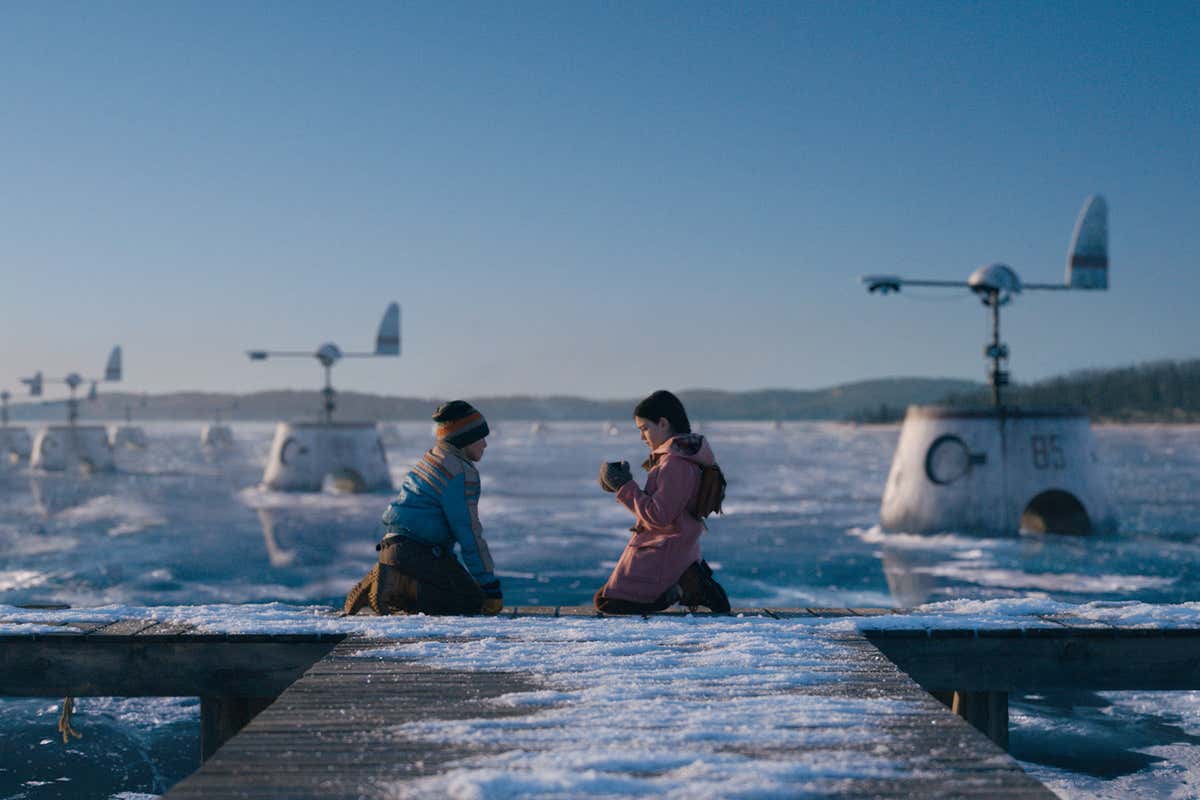 ‘Tales From The Loop’ is an Amazon original that seeks to present human-centric stories amidst a science fiction premise. It is an adaptation of Simon Stålenhag’s art book of the same name. The show is considered to be somewhere between ‘Devs’ and ‘Westworld.’ It is not as exposition-heavy as the latter, while its stories are more sci-fi rather than “science-based” like the former.

‘Tales From The Loop’ is an anthology that presents multiple, loosely connected tales. Each episode focuses on a resident of an Ohio town where the show is set. The town sits atop an experimental physics center, which is the root of all the otherworldly happenings.

Where is Tales From The Loop Filmed?

Easily the most appealing feature of ‘Tales From The Loop’ is the show’s aesthetic. The Amazon original is an adaptation of Simon Stålenhag’s art. Revisulasing the source’s beautiful artwork was one of the challenges for the makers of ‘Tales From The Loop.’ The visual style of the show has been described as “retro-futuristic” since it is set in the late 20th century. However, its period setting is clustered with futuristic and robotic technology creating a wondrous contrast.

“Tales From The Loop’ is entirely set in a small town in Ohio. The small-town feel is captured authentically as the anthology focuses on a different resident for each episode. Hence, it is natural for viewers to wonder where the Amazon series was filmed.

‘Tales From The Loop’ might be set in Ohio, but it has been entirely filmed in Canada. Of late, Canada has been attracting hundreds of filming projects. This is mainly due to the tax credits that are offered by the Canadian government for producers filming in the country. This helps in the diversification of the local economy and also leads to more employment opportunities.

A large chunk of the filming was carried out in and around the Saskatchewan province in Canada. Filming was usually carried out in rural areas. The streets of the town that ‘Tales From The Loop’ is set in were filmed in Estevan, the eighth largest city of the Saskatchewan province. Estevan’s carefully preserved brick storefronts were made use of to capture the period setting of the series.

Apart from that, filming was also carried out in the capital of  Saskatchewan, Regina. Moreover, according to local sources, several scenes had also been filmed at the Buffalo Pound Provincial Park on Marquis No. 191, SK S0H 4C0 in Canada. Apparently, set pieces were built at the Buffalo Pound Provincial Park. Hence, it can be assumed that the Echo Sphere was probably built and filmed here. The Loop building was actually filmed in the city of Saskatoon in Saskatchewan, Canada.

Emjay is currently in Winnipeg filming a Si Fi drama adopted from published ‘Tales From The Loop’ for the next few weeks, then, back to Savanna for the NBC series ‘Council Of Dads’ for 6 months…..Busy day’s for Emjay and couldn’t be happier🥰!
Stay… https://t.co/34jyfDgzt1

Have a look at the following post. It reveals how filming for ‘Tales From The Loop’ was carried out on Stephen Street, Nelson Street, and North Railway Street.

Please read an important update regarding the filming of TV series Tales from the Loop in Morden. https://t.co/l5v05pis6Z