Where Was The Northman Filmed? 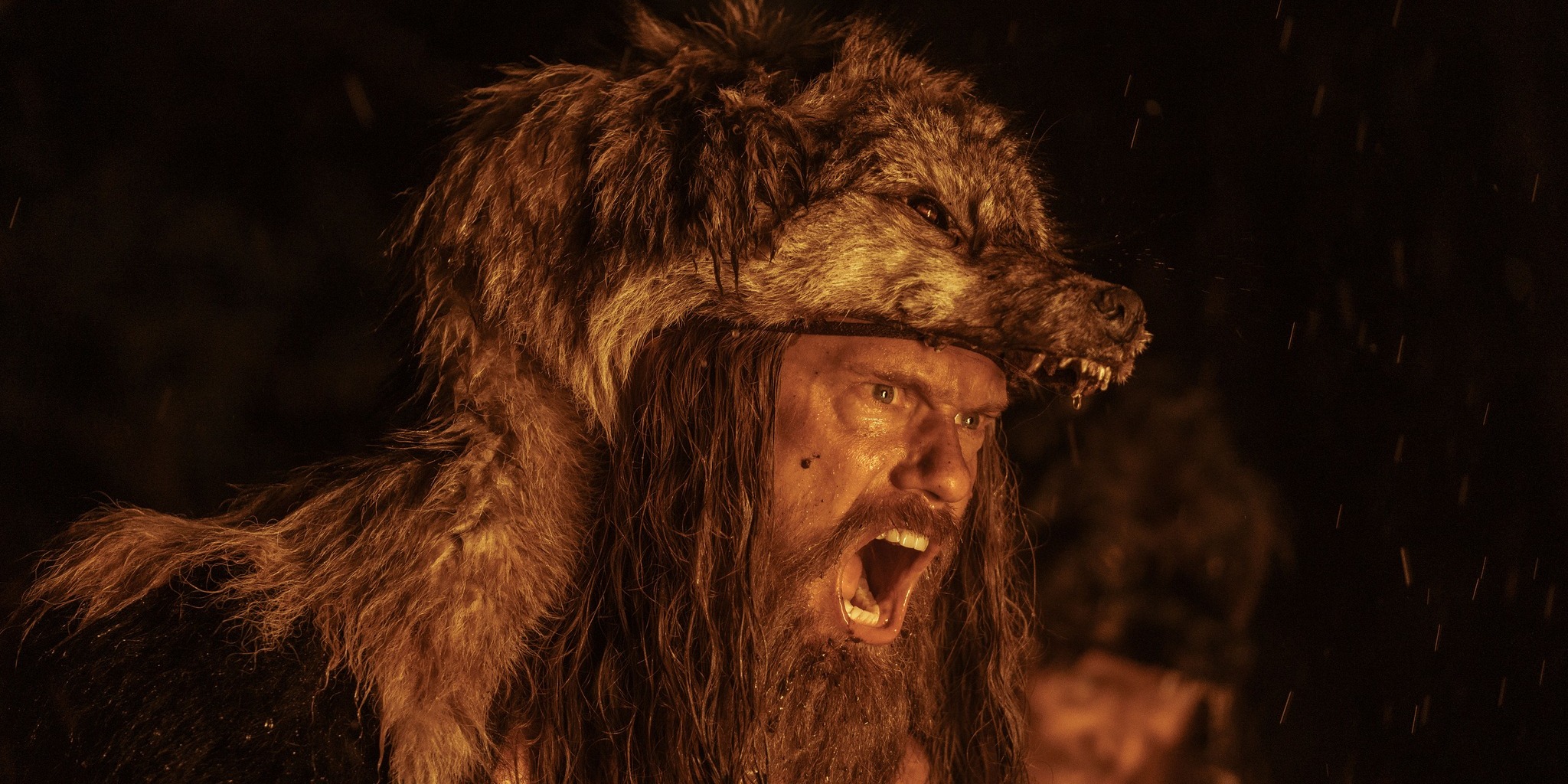 Robert Eggers, whose psychological drama ‘The Lighthouse‘ won the hearts of festival-savvy masses, also helmed the atmospheric medieval action-drama ‘The Northman.’ Mingling magic, mythology, and history, the story probes into the journey of young Viking prince Amleth to avenge the murder of his father, King Aurvandill War-Raven, and rescue his mother, Queen Gudrún, from the shackles of his uncle, Fjölnir. The star-studded cast ensemble features Hollywood A-listers like Alexander Skarsgård, Nicole Kidman, Ethan Hawke, and Willem Dafoe.

Following its premiere, the movie stirred up a storm, thanks to its excellent production value, authentic historical ambiance, and steady direction. The epic quest takes the viewers through the moors and valleys of Ireland to weave an ambient tale of tragedy, greed, and bloodshed. However, you may be eager to know where the movie was filmed. If the question ruins your night’s sleep, let us quench your curiosity.

‘The Northman’ was filmed in and around the UK, Ireland, and Iceland. Principal photography was initially scheduled to commence in March 2020, but the onset of the COVID-19 pandemic delayed the process. Filming finally began on August 3, 2020, coming under wrap by December 11 of the same year. Jarin Blaschke, who collaborated with the director on ‘The Witch’ and ‘The Lighthouse,’ reprised his role as the Director of Photography. Moreover, the production team took help from Neil Price of the Department of Archaeology and Ancient History at Sweden’s Uppsala University to authenticate the portrayal.

Craig Lathrop, who worked with Eggers on his previous projects, handled the production design with a daunting grace. Ireland features a dramatic landscape to entice filmmakers and producers. Since the country still maintains much of its cultural heritage, Ireland has become a prime location for medieval period pieces. Moreover, Ireland’s Department of Culture administers a 32-35% tax credit for film, television, and animation project, alleviating the financial burden to a considerable extent. Let us now take you to the specific locations where the movie was filmed! 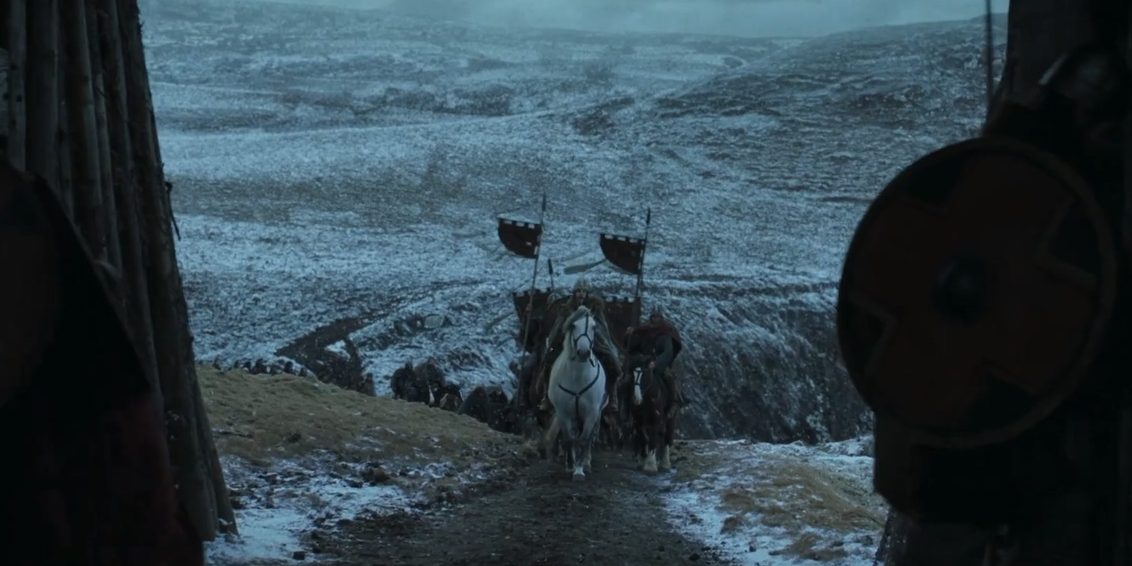 Most of the filming took place in and around Northern Ireland, a territory under the governance of the United Kingdom, located in the northeast of the island of Ireland. The crew set up a base in the port city of Belfast, the capital of the region and a central economic hub. Belfast Harbour Studios, a sprawling movie production facility located at Dargan Road on the outskirts of Belfast, lent their premises for most of the interior sequences. The facility contains two fully equipped 32,964 square feet soundstages, which can function as a single stage. Shortly after its inception, the studio has become quite busy, handling high-budget endeavors like the Netflix production ‘The School for Good and Evil.’ 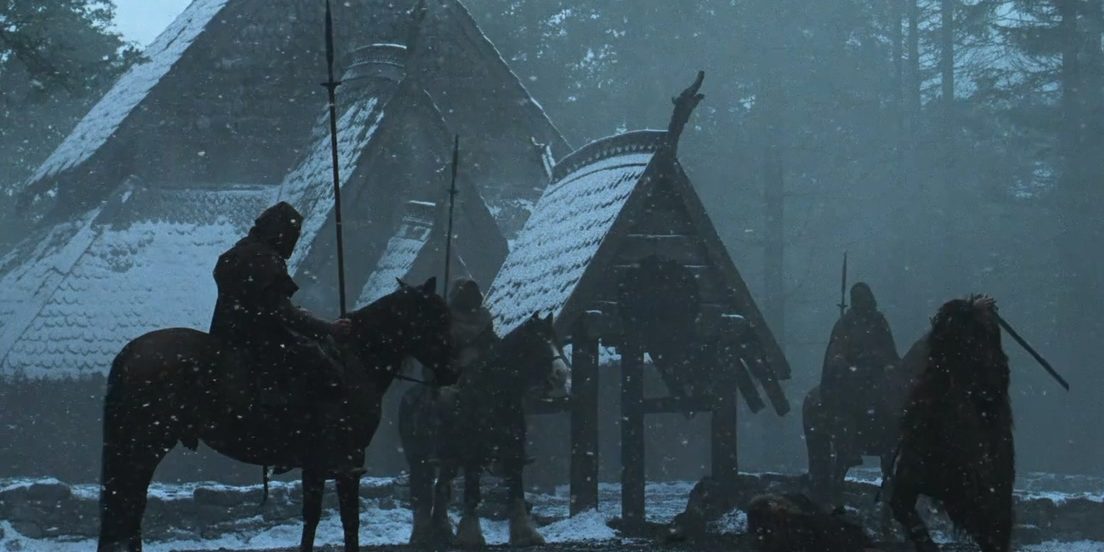 For the purpose of filming, the team went to County Down, one of the six counties of Northern Ireland. They filmed many scenes, including the Viking ball game sequence, near Attical (or Atticall), a small village and townland in the dramatic Mourne Mountains. In the Mourne Mountains, the crew had a view not corrupted by modern architecture, and they filmed scenes in the middle of Eagle Mountain, Pigeon Rock, and Windy Gap. The epic journey also led the production team to Bangor, a small picturesque town in the same county. Although within the Belfast Metropolitan Area, the seaside resort town lies 14 miles east of the Belfast city center.

While in the town, the crew set up base in Clandeboye Estate, one of the lasting opulent country estates of Northern Ireland. From the Slavic village to the Viking dance sequence, the estate aided a major portion of the filming. Located at Clandeboye Cottages on Belfast Road towards Bangor, the 2000 acres estate is most famous for the legacy of the 1st Marquess. However, following the death of the 5th Marquess, the marquessate became extinct, and the slice of Irish history can now be lent as an event venue. If you seek to have a grand wedding, this is the place for you. In the same county, they also lensed some shots on the spectacular Tyrell Beach. Lastly, a major portion of filming in Northern Ireland took place in the County Antrim.

Lough Neagh forms a considerable part of the county. The forest scenes were presumably filmed in the Antrim Hills, one of the last untapped natural reserves in Northern Ireland. The crew went to the eponymous county seat of Antrim, a scenic town on the northern side of Lough Neagh. Some segments were filmed at the River Maine at Shane’s Castle, a ruined 14th-century fortification at the shores of the Lough. Filming also took place in Knockdhu, a serene Bronze Age settlement in the county. The place houses a Bronze-Age promontory fort and the historic Linford Barrows burial mounds. 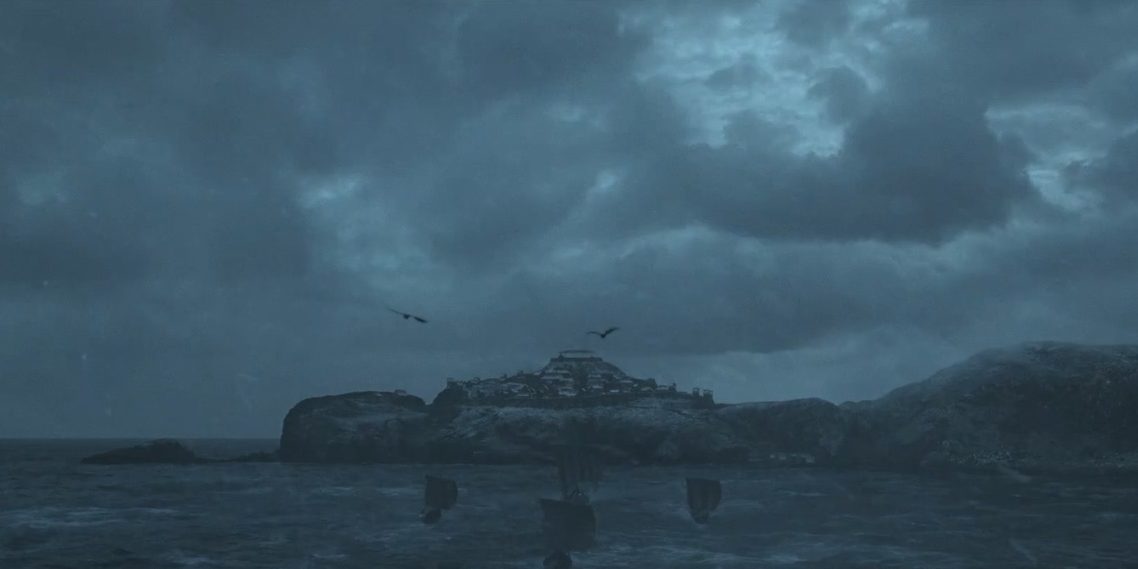 Some of the shots of “Iceland” were taken here, as the filming unit built an Icelandic farm out of peat bricks. Some scenes were further filmed at the Torr Head, a historic landmark and popular tourist destination. Situated on the northeastern shore of Northern Ireland, the headland offers a serene view of the ocean, with Altagore Cashel, an ancient fort. The team took the tumultuous Torr Road, which is nothing less than a roller coaster ride, and made a stop at the town of Ballymena. The town took shape from the land designated to the Adair family. They also ventured further east from Ballymena towards Ballygally, a picturesque coastal village near Larne. A dip at the River Bann marks the cherry on top. The 129 kilometers long waterway is one of the longest rivers in Northern Ireland. 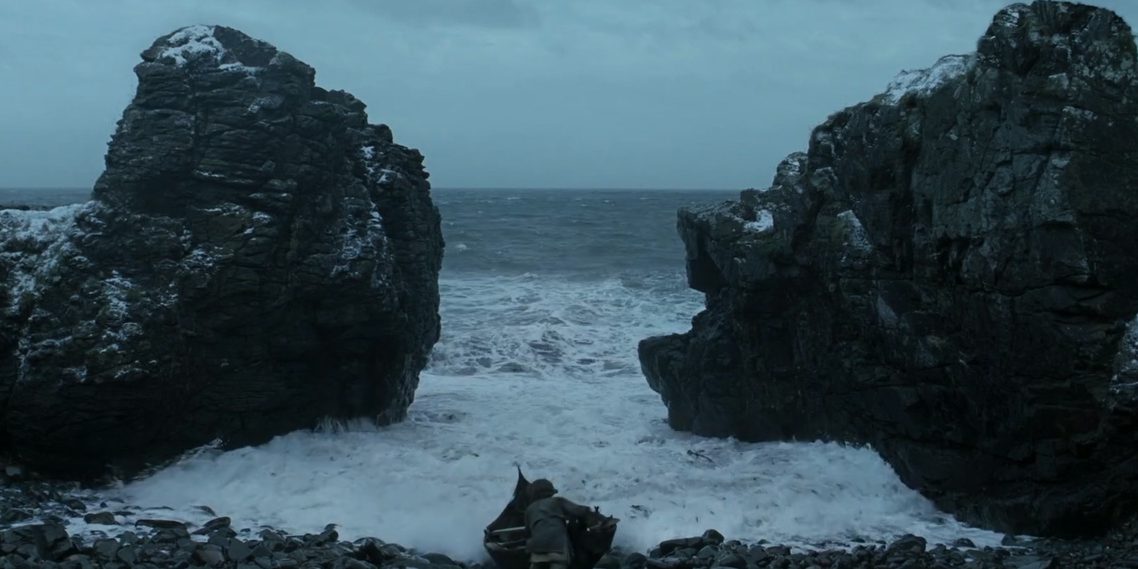 The story of ‘The Northman’ is steeped in Irish history and mythology; thus, the director took his team on tour all around Ireland. The production unit filmed scenes in the Inishowen peninsula, the largest peninsula in Ireland. The peninsula also includes the highest point of Ireland, Malin Head, which the movie captures in all its dramatic glory. While at it, the cast and crew strolled the Five Fingers Strand, a spectacular beach complete with massive dunes. 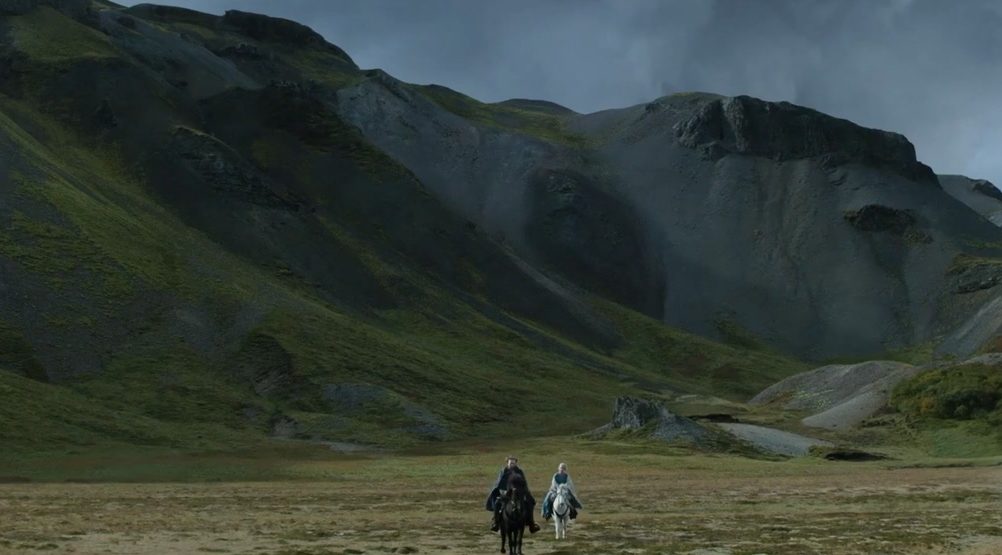 Additional scenes were filmed around Gleniff Horseshoe and the nearby Cliffoney Village in County Sligo of Ireland. The history of settlement in the Cliffoney Village dates back to the megalithic times. While walking near the cliffs, you may discover the cave that was once the hiding place of the mythical lovers Diarmuid and Grainne. Fans of such historical spots may take the Wild Atlantic Way and enjoy an aching view of the vast natural beauty of Ireland.

Moreover, the crew also flew to Iceland to capture the icy scenes of the film. Some scenes in the movie showcase the Svínafellsjökull, an outlet glacier within the more extensive glacier Vatnajökull. Located in the Austurland region, it is the largest extant ice cap in Europe. A ‘Game of Thrones‘ episode also visited the glacier, whose fringes form a popular hiking route. Lastly, many scenes were also filmed in Akureyri, the fourth largest township of Iceland. Settlement in the area can be traced back to the 9th century when the movie is set, but the township has become a crucial port and fishing center in recent centuries.

Read More: Is The Northman Based on A True Story?