12 Best Medieval Movies of All Time 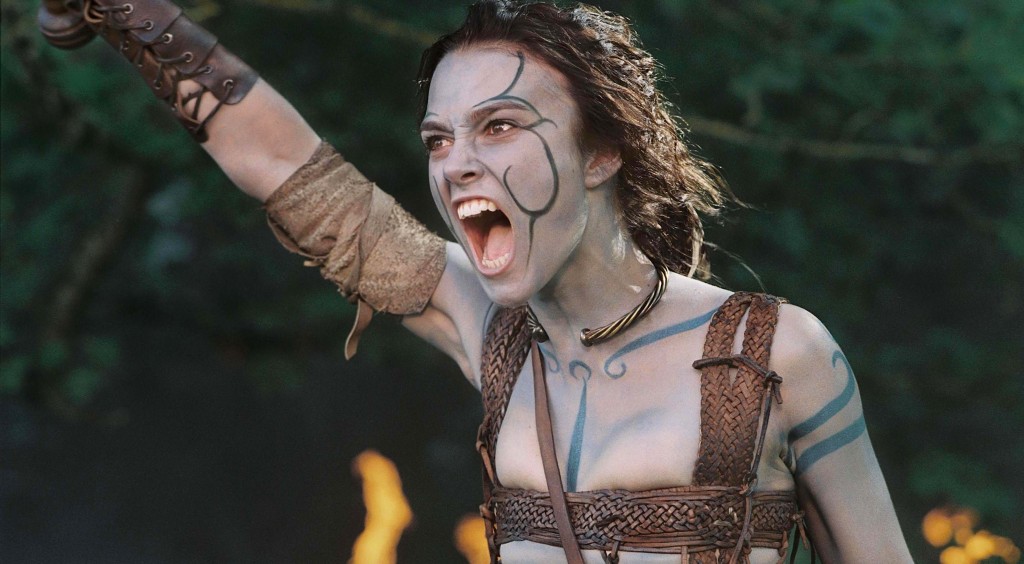 The Medieval times or the Middle Ages have been a topic of constant debate for the history chaps. Consequently, it has been picked up by writers, artists, and of course Hollywood. With stories like Macbeth, Deirdre of Sorrows, and King Arthur, I don’t really blame them. A treasure cove of enriching and intriguing tales can be found in these mysterious times, and as such the films based on them are entertaining and thrilling at the same time. I present to you the list of top movies ever based on the medieval ages. You can watch some of these best medieval movies on Netflix or Hulu or Amazon Prime. Many of these films are about medieval war. 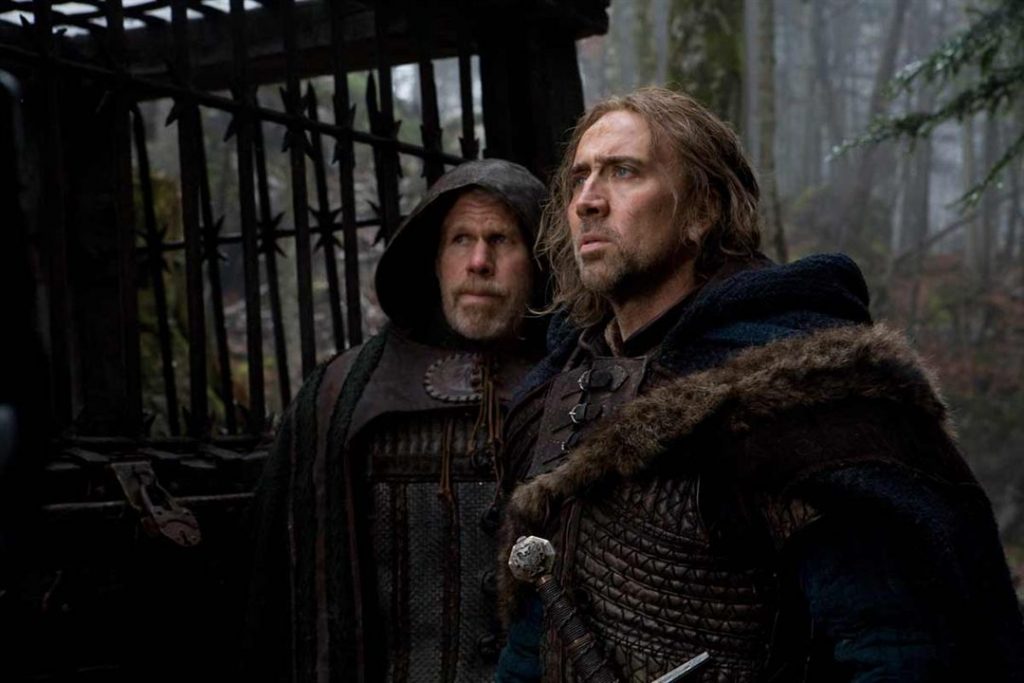 In the 14th century, two knights who had deserted the Crusades are given a last order by the church. They are to carry and kill a witch who has brought upon the Black Plague. However, when transporting her the knights and their companions realise that the girl is not a witch and is instead possessed by a demon. The party battles death and darkness to stop the demons from wreaking havoc upon the holy land and exorcise the innocent girl at all costs. 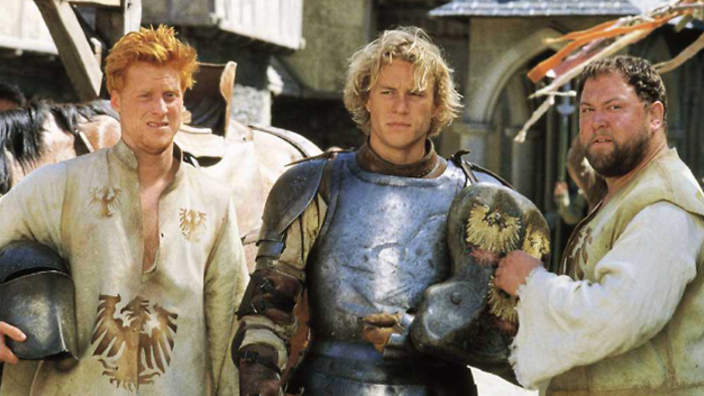 In the 14th century Europe, a young squire William Thatcher (Heath Ledger) starts impersonating as a knight after his master suddenly dies. To seem genuine, he convinces a writer Geoffrey Chaucer to forge genealogy and pedigree documents for him, so that he can compete in a jousting competition to prove his worth. And also to win the heart of the beautiful dame Jocelyn along the way. 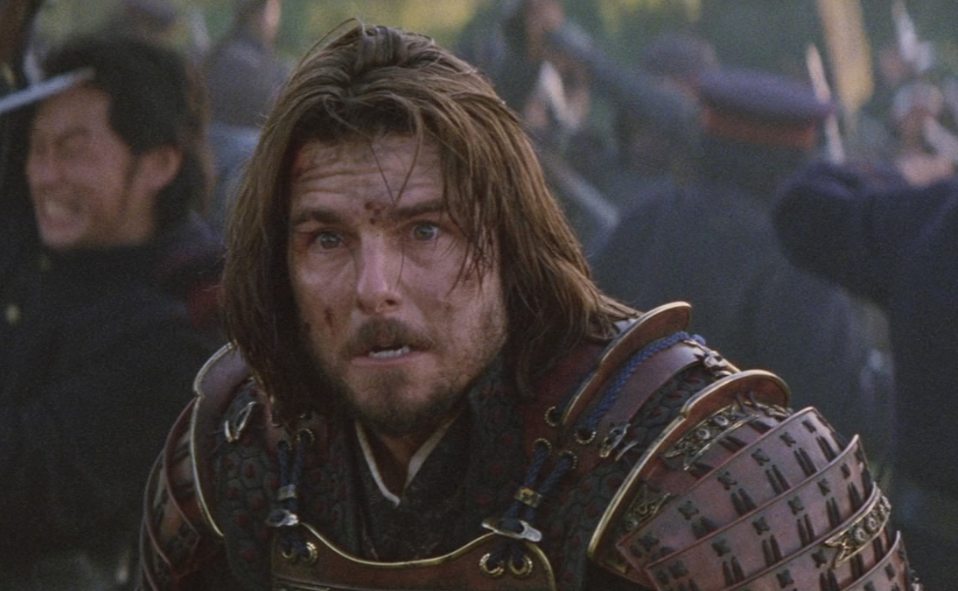 The proud tradition of the legendary Samurai is facing its demise. With constant attacks from the United States and Japan’s surrender, the king is forced to accept the impending modernisation. The only tribe revolting against it is the Samurai, one of whom is the ex-US Army Captain Algren (Tom Cruise). Algren fights with the Samurai in a last stand against the Americans and survives the wave of modernisation, to become the last Samurai alive. 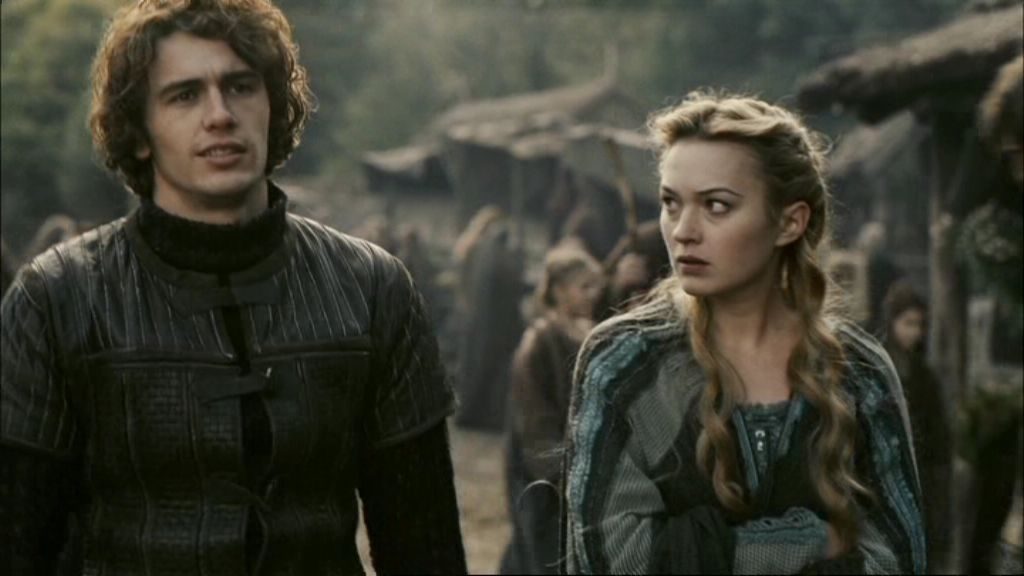 During the Dark ages, Lord Marke of Cornwall is trying to unify all the English kingdoms under his unified rule against the invading Lord of Ireland. Supporting his cause is a young and courageous warrior Tristan (James Franco). When Tristan attacks an embankment of the Irish, he gets severely wounded and is nursed back to health by a girl named Isolde. While he is parting, Isolde confesses her love for him and tells him that she is the Irish princess. What will Tristan do now? Will he sacrifice his love for the good of the country or break the promise he made to his king? 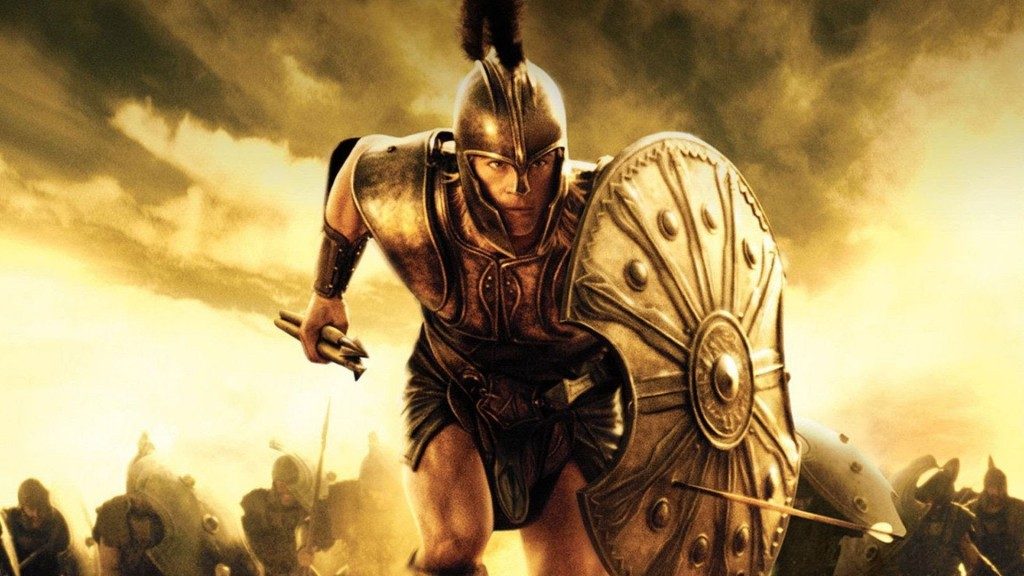 Based on the legendary Trojan war, this movie is a one of a kind. Starring Brad Pitt, Orlando Bloom, and Diane Kreuger it exhumes the story of historic warriors like Hector, Achilles, and Odysseus. Fed up with her war-hungry husband, Helen of Sparta has run away to Troy with Prince Paris. Her husband Menelaus as an answer to her infidelity has marched with his brother Agamemnon’s colossal army which has warriors like Achilles and Ajax the Great. Can the Trojan Wall that hasn’t been breached in centuries sustain this family feud? 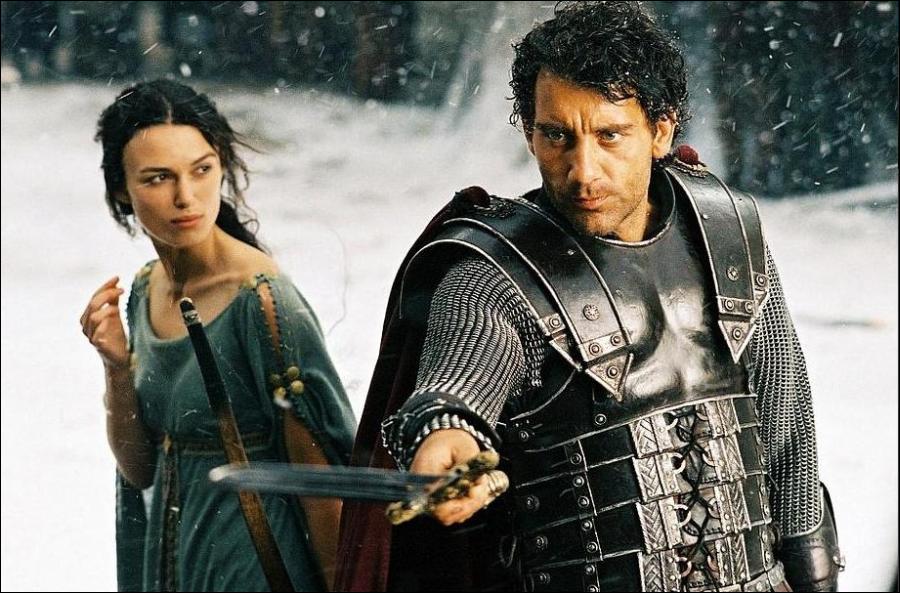 Starring Clive Owen and Keira Knightley this movie is based on the legendary story of King Arthur and his knights. Focusing on the politics of his time and the love triangle between Arthur, Guinevere, and Lancelot rather than the mystical elements, the film portrays Arthur as a Roman soldier in Medieval times. Following a dangerous mission to rescue a prominent Roman family, Arthur and his knights stumble upon Guinevere and her father, Merlin. Arthur is convinced by them to support their cause against the invading Saxons. With Guinevere at his side, Arthur and his knights charge against the Saxon army in order to unify Britain under one banner. 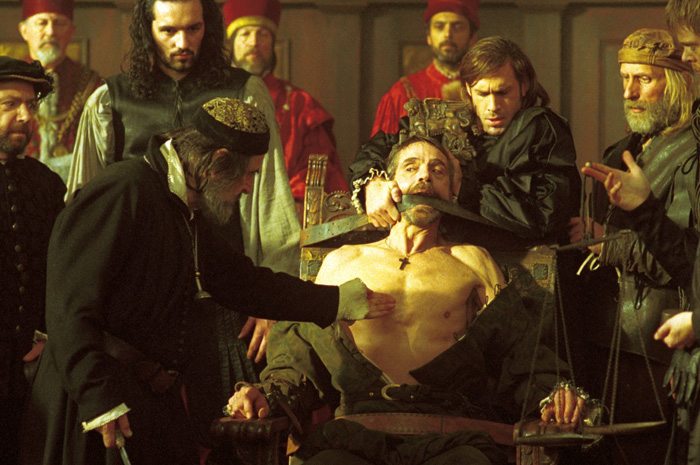 To win the affections of the dazzling Portia, Antonio must take a loan from his merchant friend Bassanio. However, when the credit Bassanio, in turn, has taken from the shrewd jew Shylock (Al Pacino) is not paid in time, the creditor demands a pound of the merchant’s flesh as a penalty. Little does he know that the savior is already on the way to save Venice’s favorite merchant. Based on a William Shakespeare’s play this movie has magnificent performances from Ralph Fiennes and Al Pacino. 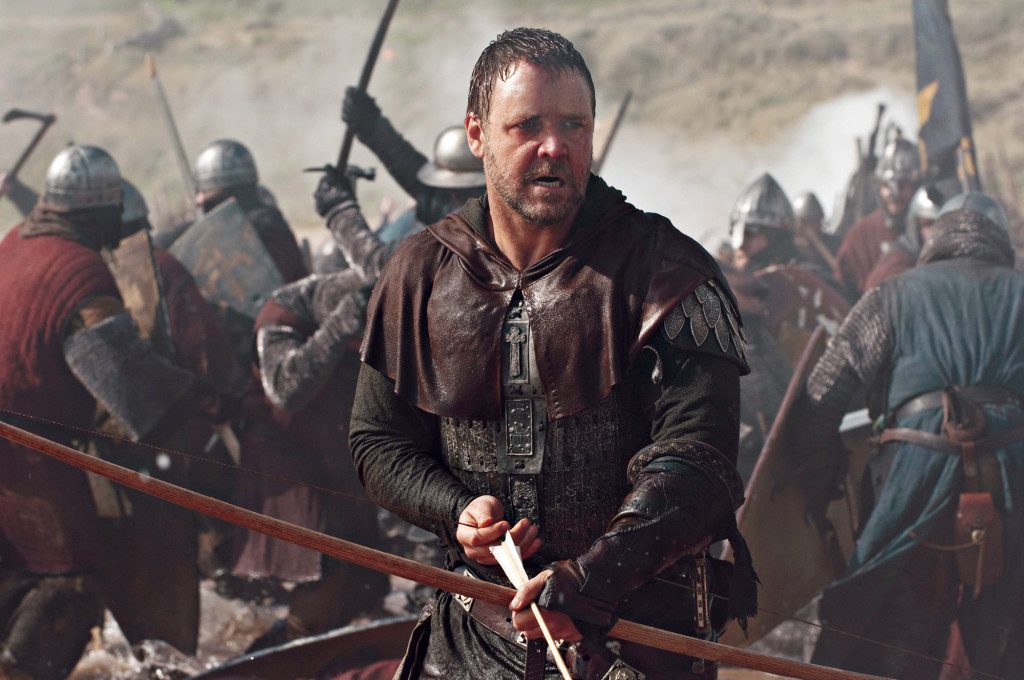 The treacherous tyrant Godfrey is looting the English towns and villages under the pretext of collecting taxes to ease a French invasion of England. Standing against him is the hooded assailant Robin Longstride (Russell Crowe) trying to keep a promise to a dying friend. Can the formidable archer reveal the true nature of the deceiver Godfrey to the king and the people before he is painted as an enemy of England? 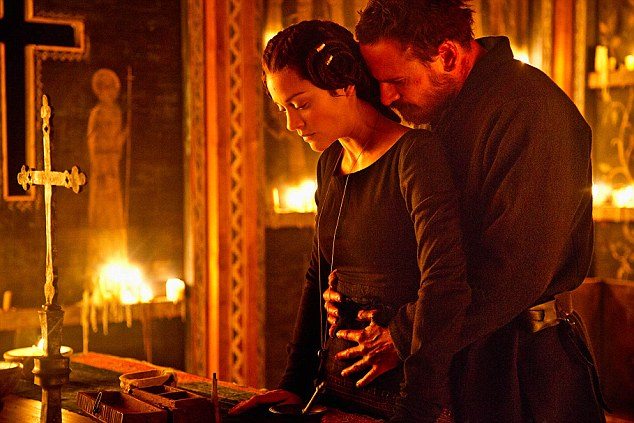 Macbeth (Michael Fassbender), the Thane of Glamis, is given a prophecy by three witches that he shall become the king of Scotland in the future. Confused by the news, he seeks counsel from his wife Lady Macbeth (Marion Cotillard) who advises him to kill King Duncan and claim the throne for himself. After the evil deed is committed, the lives of the couple of spiral down a dark road as they have to kill more and more innocent people to cover their tracks and repent their mistakes. 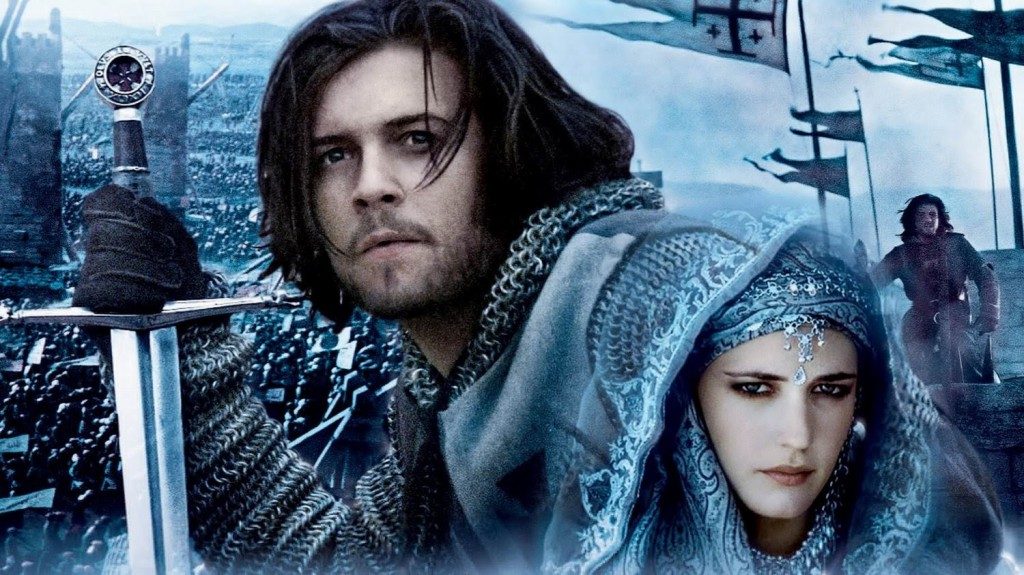 Godfrey de Ibelin (Liam Neeson) has died and given his estranged son Balian (Orlando Bloom) the key to his pedigree in Jerusalem. When Balian reaches Jerusalem, he is torn amidst the king and his various subjects who are trying to dethrone and/or kill him. With his heart split between fighting to keep Jerusalem safe from Saladin, and his love Sybila, the queen of Jerusalem alive, Balian must fight till his last breath.

Emperor Marcus Aurelius is dead, and his violent and evil son Commodus (Joaquin Phoenix) is on the throne. Only the General Maximus (Russell Crowe) knows that Commodus is responsible for the death of their beloved emperor. Banished from the kingdom on charges of murder, Maximus must pave his way through a league of killers so he can deliver the swing of his sword to the man who killed not only hundreds of Romans but also his family. 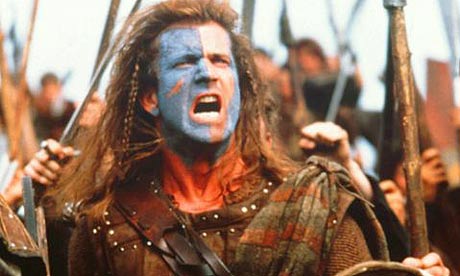 Buried under the dark past of his ancestors, William Wallace (Mel Gibson) marries the love of his life in the hope of having a peaceful life. However, when his wife is raped and killed by an English soldier one day after their marriage, the scorned Scotsman rallies the Scottish army. He now rides against the tyrant English ruler Edward I to exact vengeance for everything he did to his family and the rest of Scotland.