Where Was The Tender Bar Filmed?

Helmed by George Clooney and based on the eponymous 2005 memoir by journalist J. R. Moehringer, ‘The Tender Bar’ is a coming-of-age drama film that is quite a warm and feel-good venture. It follows J.R., whose father left shortly after his birth. Naturally, J.R. seeks to fill the void, so he embarks on a journey to find a replacement for his father among the patrons at his uncle’s titular bar.

The movie received mixed reviews from the critics, but Ben Affleck’s unflinching performance did not go unnoticed. The film unfolds in the scenic Long Island suburb of New York, with the titular bar playing a central role in the story. If you are wondering where the movie was filmed, let us take you to the places.

‘The Tender Bar’ was filmed in its entirety in the US, especially in and around Massachusetts. Principal photography commenced on February 22, 2021, and wrapped up by April 14, 2021. Although the movie is set in New York, the director and his crew filmed most of the scenes in and around Massachusetts for possible logistical reasons. Although they took enough care to remove pertinent location markers, some shots give away a distinct Massachusetts essence. Let us now take you to the specific locations where the movie was filmed!

The cast and crew filmed extensively in and around Massachusetts, a densely populated state in the New England Region of the East Coast. Filming mainly took place in the eastern part of the state, in communities such as Worcester and Fitchburg. A scene was filmed at the Old Commerce High School on Walnut Street in Worcester. A part of the school was made to look like the lobby of The New York Times office to facilitate filming.

The team also visited the city of Fitchburg, located in the northern region of Worcester County. They filmed an elaborate sequence on Maverick Street on the eastern bank of North Nashua River in Fitchburg. Moreover, the team used the Devens-based New England Studio as a production base. Some scenes were filmed at the studio’s vast 18,000 square feet soundstages. The studio has also hosted productions such as ‘Castle Rock‘ and ‘Dexter: New Blood.’

The crew also did some filming in the Greater Boston metropolitan area, particularly in and around Wakefield, Lynn, Beverly, Lowell, and Watertown. A significant sequence was filmed at the Wakefield Bowladrome, a bowling alley located at 92 Water Street in Wakefield.

Clooney met a lot of fans on set, as the residents were amazed mainly by two Hollywood A-listers filming in their backyard. Despite having a strict schedule, Clooney did not mind extending the tenderness to fans.  Moreover, the fictional bar where most of the story unravels, “The Dickens,” is also not in Long Island. The scenes were actually filmed in Beverly, a suburb of Boston in Essex County, Massachusetts. Clooney was also spotted filming a scene in Bemis Park along with his team. They filmed several scenes along Parkview Avenue and in the Belvidere suburbs.

Some scenes were filmed in Boston, where production took hold of the iconic Harvard Club of Boston. Although a private social club located at 374 Commonwealth Avenue in the city, the venue stood for a Yale graduation scene. A few scenes were also shot at Cambridge in Middlesex County. A city across Charles River, Cambridge is home to premier educational institutions such as Harvard University and the Massachusetts Institute of Technology.

Other Locations In Massachusetts

A significant chunk was presumably filmed at a residence near the South Shore Plaza in Braintree, a city in Norfolk County. They also filmed scenes at home on Calvin Street in the township. The movie takes place in the 1970s, and the production designing team attempted to make the set look the part. They brought in an old Pontiac as a prop and parked it in front of the residence. As the crew members were wearing ‘The Tender Bar’ hoodies, it was not difficult for the locals to spot them. 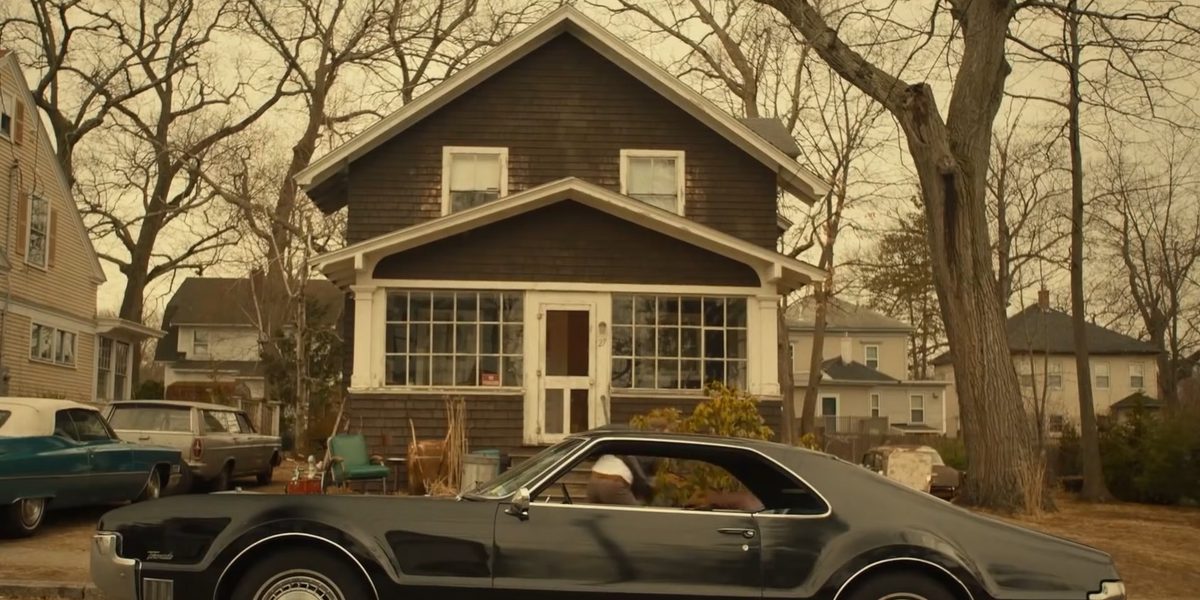 Moreover, scenes were filmed at Ipswich, a coastal town about a 45-minute drive from downtown Boston. Clooney and the gang headed to Marcorelle’s Fine Wine and Beer, a wine shop and bar located at 30 Central Street in the heart of the town. When Clooney spotted his cardboard cutout at the bar, he could not help but pose for a picture.

Read More: Is The Tender Bar Based on A True Story?