Where Was The Waltons’ Homecoming Filmed? 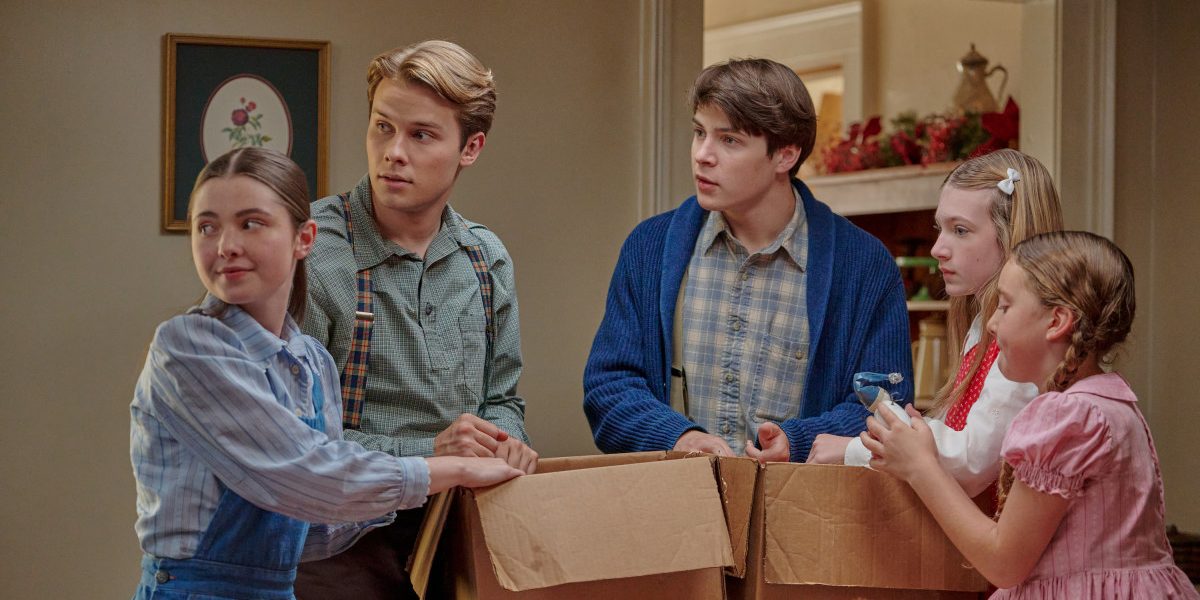 Director Lev L. Spiro revives one of the most celebrated television families in ‘The Waltons’ Homecoming.’ The TV movie is a spin-off of the widely popular 1971 film that launched the series created by Earl Hamner Jr. Set in the 1933 Depression Era, the feel-good family holiday movie revolves around John Boy and his siblings. John’s parents expect him to support the family and look after his brothers and sisters, but John secretly dreams of being a writer. The times are difficult in 1933, and Christmas seems grim for the family in the absence of John Senior.

Father John sends Olivia a letter assuring his return, but a snowstorm jeopardizes his return. Mother Olivia sends John Boy out into the woods at night to look for his father, and the journey would change him forever. ‘The Waltons’ Homecoming’ is painted with a familial theme characteristic of the holidays, and the sleepy rural neighborhood lends another layer of charm. You know how difficult it is to create period pieces, and thus you must wonder where the movie was filmed. If you are having trouble pinpointing all the locations, let us guide you.

‘The Walton’s Homecoming’ was filmed in its entirety in the US, specifically in and around the scenic state of Georgia. Filming was carried out in the summer of 2021. The state offers a slice of pertinent Civil War history, and combined with the breathtaking sceneries and heart-warming communities, it proves to be one of the most coveted southern production destinations by producers and filmmakers. Moreover, the state government’s elaborate tax credit program works as a catalyst to encourage productions to film in the state. Let us now take you to the specific locations where the movie was filmed!

The movie was filmed in its entirety in the historically pertinent city of Covington, located in the Newton County of Georgia. Although the story is set in the titular Waltons Mountain of Virginia, the crew planned to film the movie’s entirety in the Georgian location. They filmed extensively in and around the city to capture the coming-of-age journey of John Boy while showcasing the heritage of the town in its full glory.

The Gaither’s at Myrtle Creek Farms, a historic plantation house and now a wedding venue located at 270 Davis Ford Road in the village of Covington, lent their premises for most parts of the filming chore. This location was doubled in the movie as the house of Waltons. Previously called the Gaither’s Plantation, the establishment reportedly housed more than 130 slaves at its prime, and now, around 250 slaves lay buried in its premises.