Where Was UPtv’s The Story of Love Filmed? Who is in the Cast? 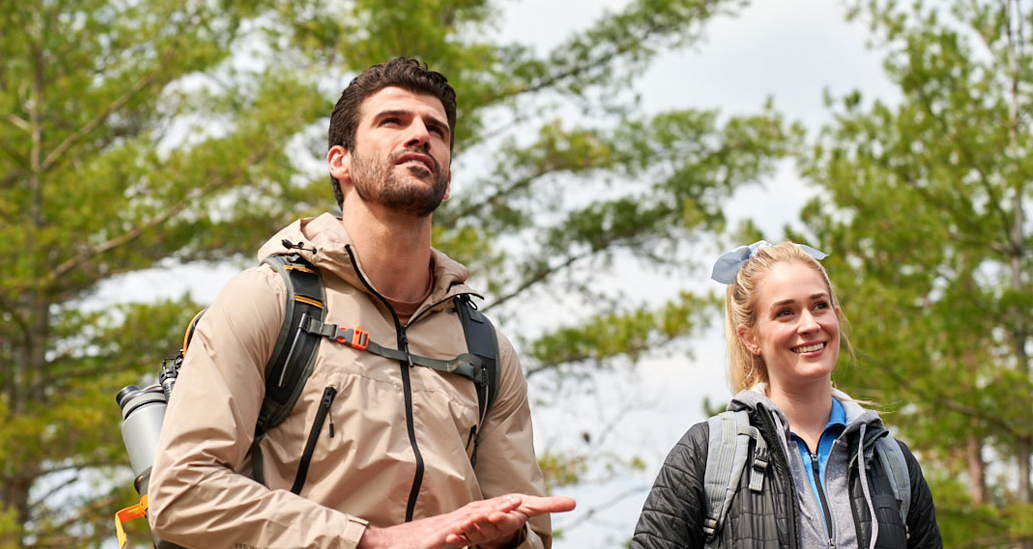 Directed by Bill Corcoran, UPtv’s ‘The Story of Love’ is a romantic comedy-drama movie that follows Ruby, who wants to step ahead in her writing career through a writers retreat in Tahoe that could earn her a book deal. However, she begins to doubt her approach to all of her literary pieces when she meets Woody, the owner of the hotel she is staying at during the retreat.

Ruby’s newfound love for nature makes all the difference in her life and transports us, viewers, to a magical land brimming with spectacular views and delightful storytelling. If this movie has caught your interest, you might want to know more about it. Here are all the details available about its filming locations and cast!

The Story of Love Filming Locations

‘The Story of Love’ was filmed in Ontario, Canada. Filming seemingly commenced around the first half of 2021 and concluded around the first week of May 2021. The mesmerizing views surrounding the fictional hotel Woodland Inn are sure to take our breaths away. If you’re looking to know where this film was actually shot, we have news for you!

The film was filmed in Ontario, one of the most popular filming locations for television films. ‘The Story of Love’ is a wondrous journey of self-discovery in the scenic reserves of Lake Tahoe. As far as cinephiles and TV buffs are concerned, they are well aware of how Toronto, Vancouver, and other Canadian cities often substitute international locales portrayed in fiction. Likewise, the production crew stepped into the captivating Buckhorn Lake that stands in as Lake Tahoe in the film. Being one of the Kawartha Lakes, it stretches across the townships of Trent Lakes and Selwyn in Peterborough County.

Despite being extremely windy and humid, Buckhorn is a popular destination for Trent-Severn Waterway boaters. It is undebatably rich in culture and beauty owing to its history as a venue for world-class events and festivities, including the Buckhorn Fine Art Festival. These events are hosted alongside lakes and rivers. During the filming for ‘The Story of Love,’ cast member Claire Cavalheiro (Rachel) posted a picture of the team standing against a splendid backdrop outlining Buckhorn’s beautiful scenery. She admitted that she had the best time filming with the cast and crew.

The Story of Love Cast

‘The Story of Love’ features Brittany Bristow in the lead role of Ruby, a struggling writer who needs a big break in her career. The actor is known for her roles in ‘Holiday Date,’ ‘The Marijuana Conspiracy,’ and ‘Blizzard.’ Franco Lo Presti stars as Woody, the event coordinator and owner of the hotel where Ruby stays for the writers retreat. You must have seen Franco in TV shows and movies like ‘Bad Blood,’ ‘Jupiter’s Legacy,’ and ‘From the Vine.’

Claire Cavalheiro stars as Rachel in this UPtv film. Claire is well-known for starring in ‘Man Seeking Woman,’ ‘Good Witch,’ and ‘Anything for Jackson.’ Other actors in the movie include Neil Crone, Rosemary Dunsmore (Ruby’s Mother), Percy Harris, Ryan Hollyman, Alexander Nunez, Gianpaolo Venuta (Marcus Harlow), to name a few.