Where Was VH1’s Adventures in Christmasing Filmed? Who is in the Cast? 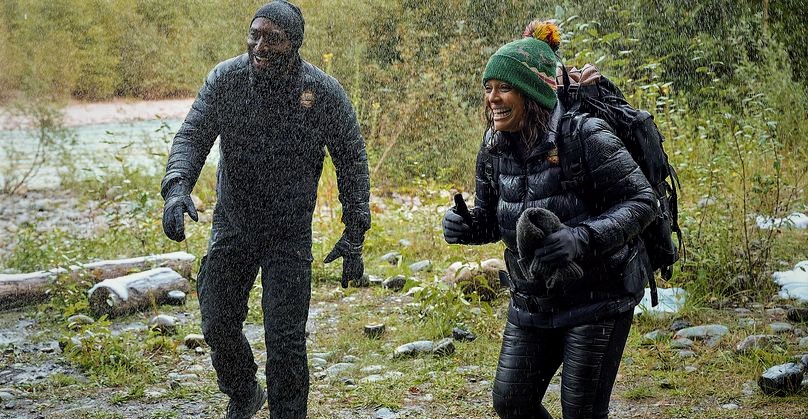 VH1’s ‘Adventures in Christmasing’ is a holiday adventure movie that follows Parker Baldwin, a successful talk show host who ventures into unfamiliar territories and learns unforgettable life lessons during a work assignment. All her life, Parker has been thoroughly prepared for anything to avoid any unexpected challenges. Naturally, the TV host has spent most of her life avoiding getting pushed outside her comfort zone until her network persuades her to take up a daunting assignment. Parker’s Christmas plans are turned upside down as she is asked to spend three days with survivalist Finn Holt in the wild with no external assistance.

The holiday television event becomes a life-changing experience for Parker, who has always harbored a fear of the unexpected. The misadventures of the talk show host and the experienced survivalist Finn seem to be filmed in countless outdoor locations that showcase the uncertainty one expects from the wilderness. If you are intrigued by some of the scenes and wish to learn more about the film’s production, then allow us to be your guide.

The Troy Scott directorial commenced shooting in early August 2021 and wrapped up sometime in September 2021. Since outdoor locations involving hike trails, campgrounds, and snow-capped mountains, would be ideal for a movie like ‘Adventures in Christmasing,’ we got interested to learn about the filming locations. So, we dug deeper, and here’s everything we have found!

‘Adventures in Christmasing’ was filmed in and around Vancouver, British Columbia. Apparently, the cast and crew used helicopters to reach remote locations that offered a mesmerizing view of British Columbia’s endless natural beauty. Principal photography mostly took place in outdoor locations, with just a few indoor shots to capture Parker Baldwin’s life as a successful talk show host. In addition, some sequences may have been filmed around CBC Vancouver.

Vancouver, along with nearby areas, has become a global center of film and television production thanks to the intricate network of studios that offer all the services that filmmakers typically need. The city has served as a shooting location for countless movies over the years, and it annually hosts the production of about 65 films and 55 TV series.

Kim Fields leads the talented cast of the adventure holiday movie as Parker Baldwin, the successful talk show host who has never ventured into the wild. The New York City-born actress is known for television movies like ‘You Light Up My Christmas,’ ‘Wrapped Up in Christmas,’ and ‘For Better or for Worse.’ The film stars Adrian Holmes as Finn Holt. You may recall watching the actor in ‘Hospital Show,’ ‘V-Wars,’ and ‘The Christmas Doctor.‘

Kel Mitchell who appears in this film also features in the TV series ‘All That.’ Jonathan Silverman, whose acting credits include ‘In Case of Emergency’ and ‘Jack’s Family Adventure,’ is another cast member. Apart from them, ‘Adventures in Christmasing’ features Oliver Rice (Gary), Bobby Stewart (Louis Brooks), Jennifer Rose Garcia (Kat), and Eva Marcille.