Where Was Waiting For the Barbarians Filmed? 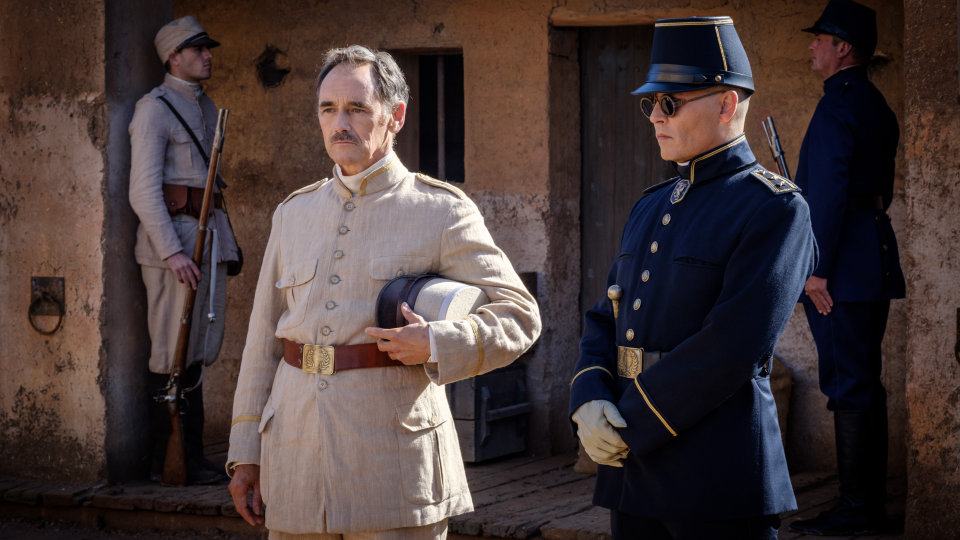 Directed by Ciro Guerra, ‘Waiting for the Barbarians’ is an adaptation of an eponymous novel written by South African writer J. M. Coetzee. Starring Mark Rylance, Johnny Depp, Robert Pattinson, and Gana Bayarsaikhan, the film serves as a tale of colonialism where a Magistrate working in a quaint frontier town begins to question his own loyalty towards the Empire. As a result, he gets associated with the barbarians and is charged with treason.

More than anything else, it’s the film’s aesthetic western-style visuals that capture you as a viewer. So if you’re wondering where its filming took place, here’s everything you need to know.

Waiting For the Barbarians Filming Locations

Sometime in October 2016, it was confirmed that filmmaker Ciro Guerra was planning to create a movie adaption of the novel Waiting for the Barbarians. Along with this, it was also confirmed that Mark Rylance would be amongst its leading cast. Much later, sometime in May 2018, it was revealed that Johnny Depp got in touch with Ciro Guerra to land a role in the film, while even Robert Pattinson was confirmed as its cast member. In October 2018, Johnny Depp confirmed his role in the movie, and its filming was then initiated by the end of October in Morocco. Following its filming in Morocco, the movie was shot in Chile and Italy before it was finally wrapped up on December 14, 2018.

The filming of ‘Waiting for the Barbarians’ began on October 29, 2018, in Morocco, North Africa. According to a local news source, Ouarzazate, which is also known as Morocco’s Hollywood, was one of the first few locations where the movie was filmed. Morocco has previously been the filming location for many Hollywood movies such as ‘The Mummy,’ ‘Gladiator,’ and ‘Lawrence of Arabia.’ Moreover, some scenes of ‘Game of Thrones‘ were also filmed these. So it comes as no surprise that the North African country continues to garner the attention of several filmmakers. In an interview, Johnny Depp even expressed his excitement for his role in the movie and its filming in Morocco. “Super excited, we’re going to shoot that in Morocco towards the end of October,” he said.

Although several details surrounding the movie’s filming are still under the covers, several sources have confirmed that a major segment of ‘Waiting for the Barbarians’ was shot in Chile, South America. Chile isn’t a very popular filming location, however, some great films like ‘The Motorcycle Diaries,’ ‘Quantum of Solace,’ and ‘Seven Years in Tibet’ were previously filmed there.

The final filming location for the movie was Italy. In the Italian-republic, the movie was predominantly shot in the capital city of Rome where its shotting was ultimately wrapped up on December 14, 2018. Several fans of the movie’s star-studded cast took it upon themselves to post stills from its sets on social media. You can check them all out below:

Waiting for the Barbarians || Filming Locations 🎬

Waiting for the barbarians filming wrapped up in Morocco and they will continue filming in Bologna in Italy and Chile. ( this info via art director angela.bravomar) #WaitingfortheBarbarians #JohnnyDepp pic.twitter.com/SDRZAEx0SJ

“Robert Pattinson who is hungry to explore new paths, that makes him a very dynamic, lively and surprising actor, who in each take more is being demanded” – Ciro Guerra talks about Rob filming in waiting for the barbarians pic.twitter.com/pXQYdYOAmL