Where Was When Harry Met Sally Filmed? 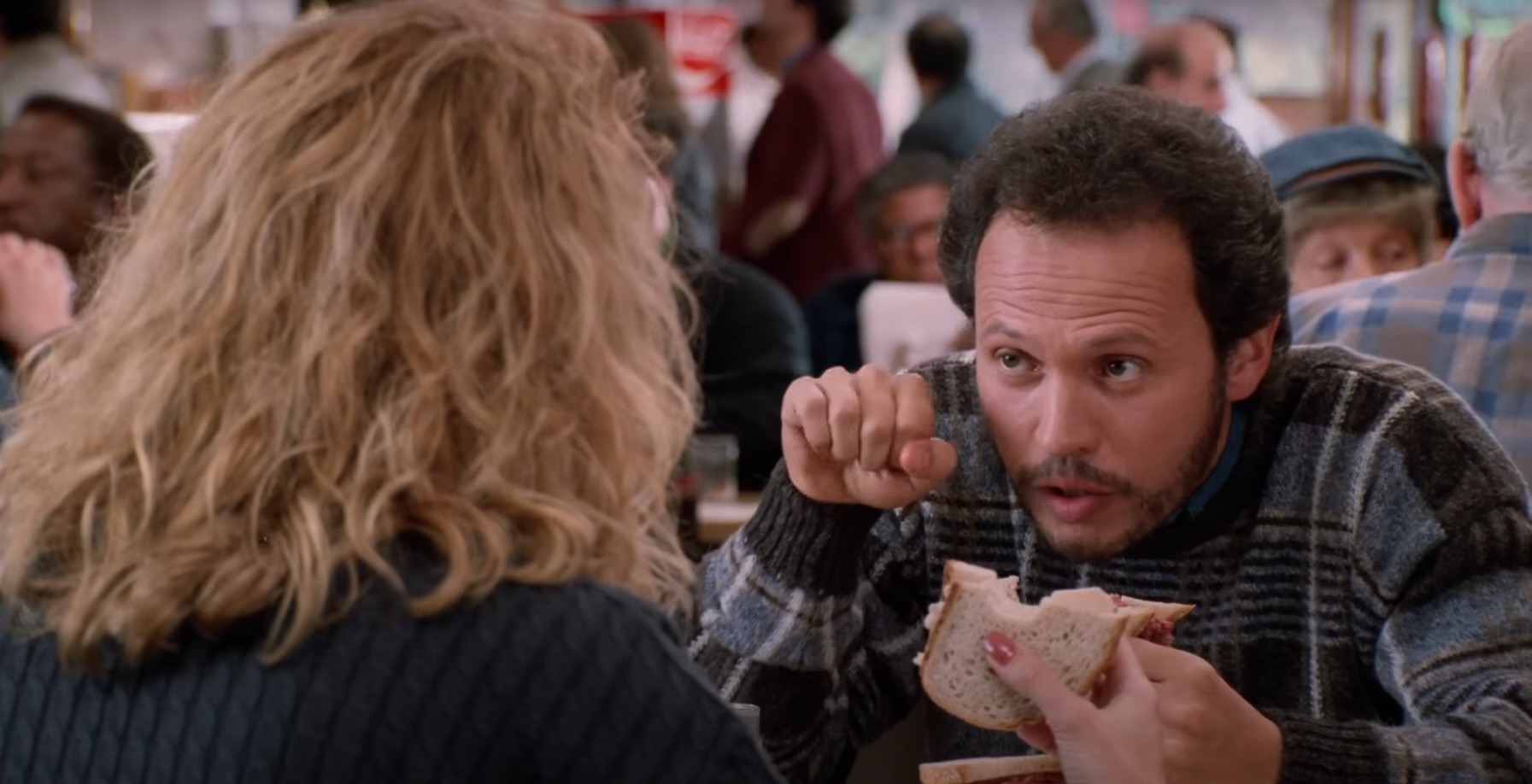 ‘When Harry Met Sally’ is a romantic comedy film that revolutionized the genre altogether, thanks to the brilliant direction by Rob Reiner and the writing of Nora Ephron. The narrative revolves around Harry and Sally and the number of chance encounters between them, which eventually lead them to fall for each other. After graduating from college, Harry and Sally share a long car ride from Chicago to New York, arguing about the possibility of men and women strictly being platonic friends.

A decade later, Harry and Sally cross paths at a bookstore and start forming a close bond with each other. But trying to stay just friends becomes a problem. The iconic film stars a talented array of actors, including Billy Crystal, Meg Ryan, Carrie Fisher, Bruno Kirby, and Steven Ford. Although the audience stays hooked because of the romantic plotline peppered with humor, what makes the film even more memorable are the iconic backdrops that appear in the movie. Well, if you are curious about the filming locations, we have got you covered!

‘When Harry Met Sally’ was filmed in New York, Illinois, California, and New Jersey. A significant portion of the movie was shot on location in the places that the storyline is set in — New York City and Chicago. The principal photography reportedly commenced on August 29, 1988, and wrapped up on November 15, 1988. Now, let’s find out more about the specific locations that feature in the rom-com.

Harry and Sally hang out at different cafes and restaurants throughout the narrative. Katz’s Delicatessen at 205 East Houston Street in Manhattan has to be one of the most iconic filming sites of this rom-com. The Jewish deli even has a sign that reads “Where Harry Met Sally…Hope You Have What She Had!” The interior of this restaurant was used to film the scene where Harry and Sally discuss “faking it.”

Near Amsterdam Avenue is another cafe named Cafe Luxembourg, where the production team set up camp to shoot the sequence where the central characters try to set each other up on dates with their friends. The French restaurant is located at 200 West 70th Street. The cast and crew of ‘When Harry Met Sally’ spent a considerable amount of time in Manhattan.

The Grand Ballroom of the Puck Building is the venue for Jess and Marie’s wedding, while the Skylight Ballroom of the same building is where Harry confesses his love for Sally. Puck Building is situated at 295 Lafayette Street. The bookstore in which Harry and Sally bump into each other after a decade is Shakespeare & Co Booksellers at 2259 Broadway on 81st Street on the West Side. Even though that branch is permanently closed now, there is another one on 939 Lexington Avenue.

Moreover, the scene where Harry buys a Christmas tree for Sally was shot in PlantShed, which is located at 209 West on 96th Street on the Upper West Side. As Harry carries the tree, the Holy Name of Jesus and St. Gregory the Great Parish church is seen in the backdrop. Additionally, several pivotal sequences were taped in Washington Square Park and George Washington Bridge, which is on the Hudson River.

For filming the batting cage scenes involving Harry and Jess, the cast and crew used a real batting cage located on Stillwell Avenue in Coney island, which is permanently closed now. The production team also lensed a number of sequences in Grand Army Plaza, a park situated on Flatbush Avenue in Brooklyn. Silvercup Studios East at 34-02 Starr Avenue in Long Island City served as a filming site for various important sequences. The film studio was founded by brothers Alan and Stuart Suna in 1983 and is one of the largest production facilities in NYC. Moreover, a few shots were filmed in Terminal 7 of the John F. Kennedy International Airport.

The urban park located between the Upper West and Upper East Sides of Manhattan – Central Park – serves as a backdrop for quite a few scenes. You may recognize the iconic landmark in the scenes where Harry and Sally catch up with each other, as well as in the jogging sequences involving Harry and Jess. Moreover, you cannot miss the Bethesda Terrace & Fountain at 72 Terrace Drive in the park. In addition, the scene where Sally informs her friends that she has broken up with her boyfriend Joe was lensed at Loeb Boathouse. The lakeside restaurant and bar in Central Park is located on Park Drive North at East 72nd Street.

You may spot the Metropolitan Museum of Art at 1000 5th Avenue in a few shots, specifically the Temple of Dendur in the Sackler Wing of the museum. The karaoke scene was recorded in the Sharper Image store at 4 West 57th Street. Apparently, the store shut down in 2008. The apartment that stands in for Harry’s apartment is located at 57 East 11th Street while Jess and Marie’s Brownstone building is situated at 32 West 89th Street.

For filming purposes, the production team even traveled to Chicago. The scene where Sally offers Harry a ride to New York in her car was filmed on location at the University of Chicago at 924 East 57th Street. As they ride together in the car, they cross Lake Shore Drive.

The cast and crew also set up camp in the South Californian city of Los Angeles. Port Cafe, located at 955 South Neptune Avenue in Wilmington, served as a prominent production location. However, as per reports, the establishment has since been demolished.

Several scenes for the movie were also taped in Hollywood Center Studios, which is now known as Sunset Las Palmas Studios. The facility is located at 1040 North Las Palmas Avenue in the Hollywood neighborhood of LA. Founded in 1919, it is one of the oldest production studios in Hollywood, consisting of 12 sounds stages in total. Moreover, the exterior shot for the Puck Building where Harry rushes inside to confess his feelings was filmed outside Park Plaza Hotel (now The MacArthur) at 607 South Park View Street. 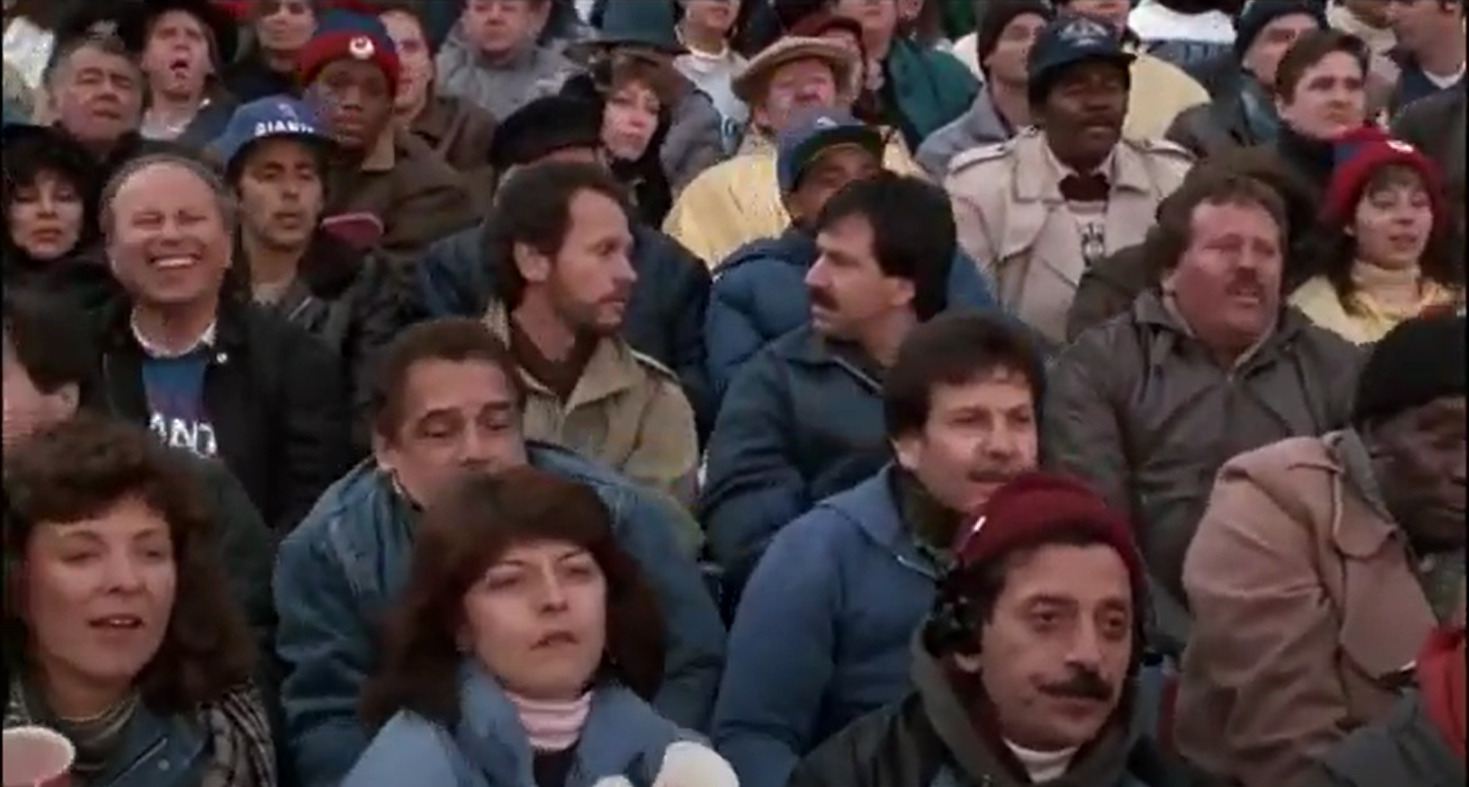 Harry talks to Jess about the break-up of his marriage at a baseball game. This was recorded in the old Giants Stadium in the Meadowlands Sports Complex at 50 State Highway 120. However, the stadium was demolished in 2010 and is now known as the MetLife Stadium.