Which of the Big Brother Couples Are Still Together? 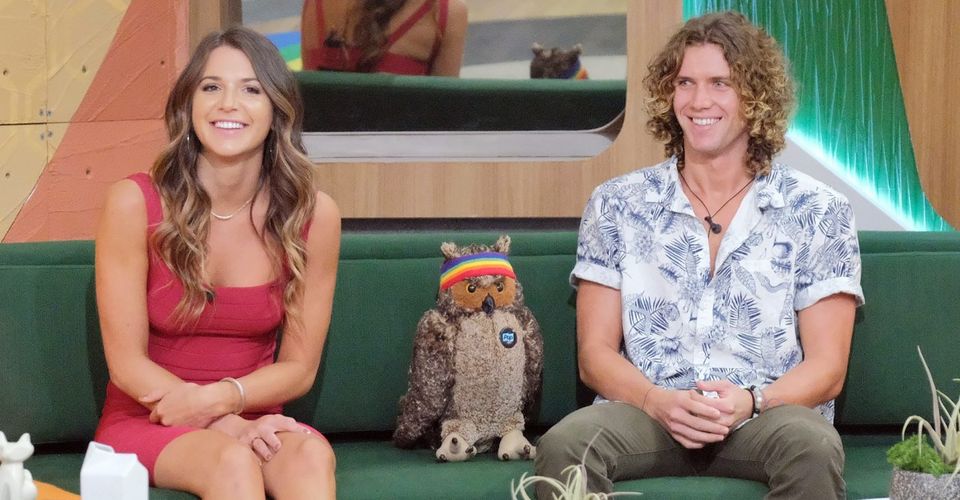 Over the span of the last two decades, ever since CBS’s long-running hit reality show ‘Big Brother’ premiered its first season in 2000, one of the fixtures in every season is its many “showmances”. Although the makers of the show tell us to “expect the unexpected”, but viewers have now come to expect showmances to be a part of every season. After two decades, how many of those showmances are still going strong? How many ‘Big Brother’ couples are still together? Let’s find out!

Tyler (former lifeguard) and Angela (fitness instructor) first met on BB Season 20 in 2019. They both connected over sharing the same hometown – Hilton Head Island, South Carolina. They started dating on the show and are still very much together, having recently bought a house together in Hilton Head. Apparently, they both really love this town known for its beaches and golf courses and wanted to move back. Angela has made it known that she is ready for a marriage proposal but Tyler has said that these things happen naturally. That doesn’t mean he’s unsure about her, though, as Tyler has previously stated that he knows Angela is it for him.

Even though they were only inside the BB house together for 23 days before Swaggy got evicted, they obviously formed a very deep (not to mention real) connection. After his eviction, Swaggy C spent many days getting to know Bayleigh’s family while she was still in the game. On season finale night, Swaggy C proposed marriage and Bayleigh accepted. Later, the couple confirmed through social media that Bayleigh had been pregnant while on the show but had sadly suffered a miscarriage while in the jury house. They also asked ‘Big Brother’ casting director Robyn Kass to officiate their wedding. Reportedly, Bayleigh and Swaggy C secretly got married in February of 2019.

Jessica and Cody fell for each other hard and were basically together since day 1 on BB19. Because other houseguests hated Cody, the couple was targeted as a huge threat and were evicted quite early on in the season. Even so, Cody was voted “America’s Favorite Houseguest” for that season. They got married in October 2018 and had their first child, a gorgeous baby girl that they’ve named Maverick, in March 2019. In May 2020, Jess and Cody announced their second pregnancy.

During her previous two stints in ‘Big Brother’, Nicole had showmances with fellow houseguests that were not Victor. She met Victor in BB18 and they became really good friends but never confessed to any kind of attraction. So it was a huge (but pleasant) surprise for fans when they started dating after season 18 had wrapped up. They also went on to compete in ‘The Amazing Race’ together and returned to the BB house to host a special game night for Season 20 houseguests. It was then that Victor proposed to Nicole and she said yes.

Daniele, a Season 8 alum, was a returning player in BB13 and Dominic was a first-time player. They met on the show in 2011 and initially, Dani didn’t like him because Dominic looked like a troublemaker. But the more time they spent together in the BB house, the more they got to know each other and liked each other. They got together after the season had ended. They got engaged amid penguins at the St. Louis Zoo and got married in January 2013. Dani and Dominic share a daughter they have lovingly named Tennessee Autumn Briones because it was an autumn evening in Tennessee when they first realized they were in love.

Rachel and Brendon played two consecutive seasons together in 2010 and 2011. But they fell for each other and started dating during their first BB stint in 2010. Rachel won the $500,000 prize money the second time around in Season 13. Rachel and Brendon got married in September 2012. They welcomed a baby girl in April 2016 and named her Adora Borealis. In May 2020, the couple announced that they were expecting their second child.

Jordan and Jeff fell in love and got together while playing BB11 in 2009. They returned to the BB house in 2011 for BB13, becoming a favorite couple of the fans of the show. In 2009, Jordan had won the season while Jeff had been voted “America’s Favorite Houseguest”. The couple got engaged on the show while hosting an episode for Season 16. They got married in March 2016 and now have two baby boys together (born in October 2016 and September 2018). They were the first ‘Big Brother’ couple to turn their showmance to marriage and are still going strong.

Read More: Where Are the Winners of Biggest Loser Now?