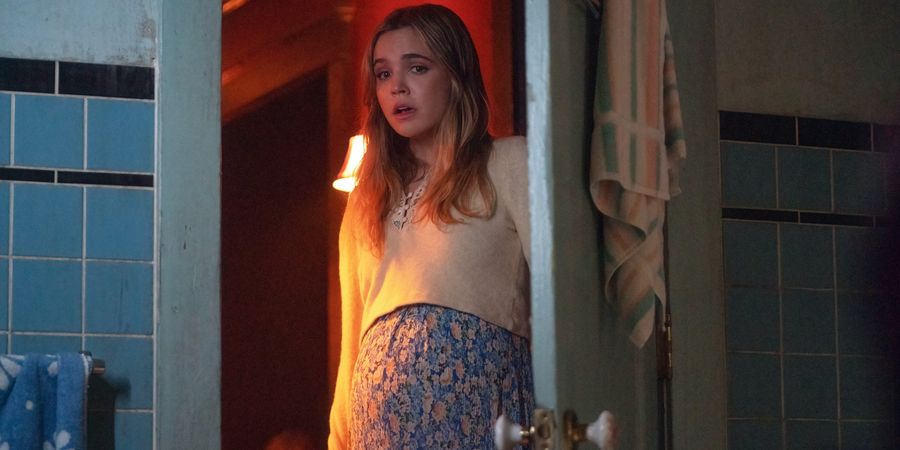 ‘Pretty Little Liars: Original Sin‘ follows Imogen Adams, a resourceful pregnant teenager who is targeted by the mysterious serial killer known as A. The series is a spin-off of ‘Pretty Little Liars‘ and features some subtle nods to the original series. As the narrative progresses, Imogen decides to give her baby up for adoption.

The season finale reveals the identity of the couple adopting the baby and opens the door for the return of two main cast members from the original show. Hence, if you are looking for answers about who adopted Imogen’s baby and whether those particular characters name-dropped in the finale appear in ‘Pretty Little Liars: Original Sin,’ here is everything you need to know! SPOILERS AHEAD!

In the episode, Imogen is attacked by A but manages to fight back due to her love for her mother and yet unborn daughter. Shortly after the fight, Imogen’s water breaks, and she gives birth. Sometime later, Imogen puts the baby up for adoption and finalizes on a couple she wants her daughter to be adopted by.

In the episode’s final moments, Imogen reveals that a couple from Rosewood wishes to adopt her baby. Moreover, they are willing to keep Imogen a part of her daughter’s life. The couple is then revealed to be none other than Aria Montgomery and Ezra Fitz. Fans of the parent series will need no introduction to these names as Aria and Ezra are a fan-favorite couple from ‘Pretty Little Liars.’ The couple ties the knot in the series finale of the original show. Hence, viewers get a neat update about their lives in the spin-off show.

In ‘Pretty Little Liars,’ actress Lucy Hale essays the role of Aria Montgomery. The actress is known for her performances in shows such as ‘Katy Keene‘ and ‘Riverdale.’ However, her time as Aria catapulted the actress to stardom. On the other hand, Ian Harding appears in popular films such as ‘Ford v Ferrari’ and ‘The Hater.’ Nonetheless, his most memorable performance on screen remains his time as Ezra Fitz on ‘Pretty Little Liars.’

With Hale and Harding’s character getting name-dropped in the season finale, viewers might expect an appearance from the duo. However, we are saddened to inform you that Lucy Hale and Ian Harding do not appear in ‘Pretty Little Liars: Original Sin,’ at least not in the first season. However, the duo’s character being mentioned directly connects the two shows.

Furthermore, the mention of Aria and Ezra is the first time main characters from the original series have been addressed on the spin-off show. Hence, if the series is renewed for a second season, an appearance from Hale and Harding, either as a cameo or as guest stars, isn’t outside the realm of possibility. Lastly, Hale has also expressed an interest in reprising her role as Aria Montgomery in ‘Pretty Little Liars: Original Sin.’ hence, viewers should not give up hope of seeing Aria and Erza back on their screens.

Read More: Is A Dead or Alive at the End of Pretty Little Liars: Original Sin Season 1? Theories