Who Are Tina Leung’s Parents? What Do They Do? 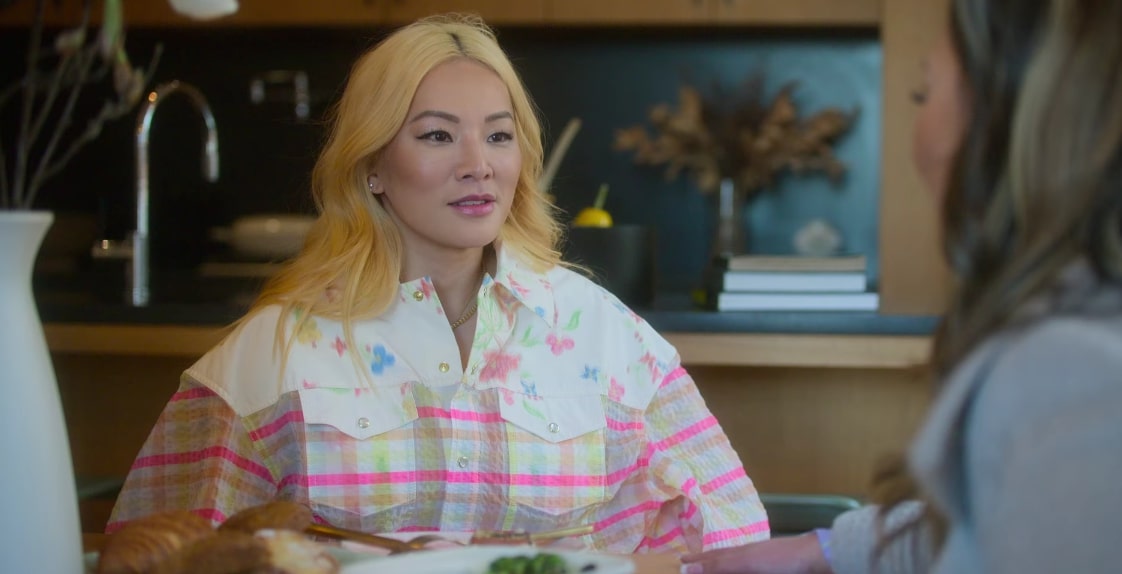 If there’s one thing Netflix’s ‘Bling Empire: New York‘ makes clear, it’s that Tina Leung (梁伊妮) is so much more than a mere online blogger and fashion influencer with an eclectic sense of style. She is actually a confident, fierce, hard-working, intellectual, protective, and reliant force of nature — someone utterly devoted to not just her career but also her family; well, at least her sisters. Yet for now, if you simply wish to learn more about her parents — with a focus on her upbringing, their connection, as well as their professional standing — we’ve got the essential details for you.

Although Tina was born in Hong Kong on March 27, 1982, to reportedly conventional Chinese parents as the eldest of their four daughters, she primarily grew up in Los Angeles, California. That’s because the family — initially just her, her business executive father, and her mother, Cindy Lo — had relocated to Orange County when she was merely 2 to support the patriarch’s work. It was then they welcomed Alda Leung into their lives, followed by Tawny Leung, and ultimately Katrina Leung, only to move back to their native homeland nearly a decade later when Tina was 12.

The truth is, in Tina’s own words, their father was away a lot since he produced baby goods for massive organizations like Evenflo and Gerber, so the four sisters were often left to their own devices. Therefore, when they lived in California, they “loved to bake. Ride in our little Barbie car that went 3 or 5 miles per hour. Ride our bicycles and roll around in the grass. Sell butterflies and ladybugs for 5 cents. All the little things that children like to do in the suburbs, I guess.”

Tina admits that things did change once the family returned to China, yet they still visited Los Angeles every summer — she also believes such trips are how her love affair with fashion actually began. She said, “I started reading magazines and got more into it and then borrowed my mother’s boots. She had these white leather thigh-high boots. Her feet are size 10, so way too big for me when I was 14, but I kept wearing them every day.” Her mother was fashion driven as well.

However, it’s imperative to note that the Leung household was in no way stable, happy, or comfortable for the four siblings growing up — there was ostensibly no closeness or care from the parents. According to both Tina and Katrina’s accounts in the Netflix original series, this was owing to a combination of their father’s travels, financial distress, and their mother’s “crazy” tendencies. Apparently, matters often even turned volatile once the latter was in the mood to pick favorites in her children; but it was volatile from her side, not among the sisters, and Tina always did her best to shield them.

Coming to her father, Tina said in the production, “My dad did very well for himself at one point… He had a driver that was also a bodyguard. He had a private jet to take him places, and we were always first class, but then that disappeared… So, I had to become financially independent in my early 20s.” That’s when she finally decided to follow her passion and enrolled at the Fashion Institute of Technology before kickstarting her career by assisting stylists in New York City. In other words, Tina has always taken on the role of protector and paved the way for her sisters, which they are all incredibly grateful for.

Read More: Is Tina Leung Dating? Does She Have a Boyfriend?