Who Died on Mountain Men? How Did Preston Roberts Die?

‘Mountian Men‘ is a unique reality show because not only is it designed like a survival show, but also a lifestyle series in many ways. It documents the day-to-day lives of a group of people who live away from the luxuries of modern life and fully embrace nature. It showcases the hardships of living such a lifestyle and also how rewarding it can be.

Over the show’s nine seasons (and counting), many mountain men have become fan favorites and have left fans in awe of their skills, philosophy, and determination. However, one such popular cast member passed away a few years ago. If you are looking for more information about the same, look no further! Here’s which cast member of ‘Mountain Men’ died and the cause of their death.

Who Died on Mountain Men?

‘Mountain Men’ documents the grueling challenges faced by the various people living in the wilderness. These people reside in isolated properties and depend on their knowledge, survival skills, and nature for a living. At times, they are forced to face extreme weather conditions or other challenges that can be potentially life-threatening. However, most of the cast members are seasoned survivalists and very well know how to handle such situations. Although no one has died because of the challenges they faced on the show, a key cast member did pass away in 2017. Preston Roberts, who regularly appeared on the show alongside good friend Eustace Conway is sadly no longer with us. 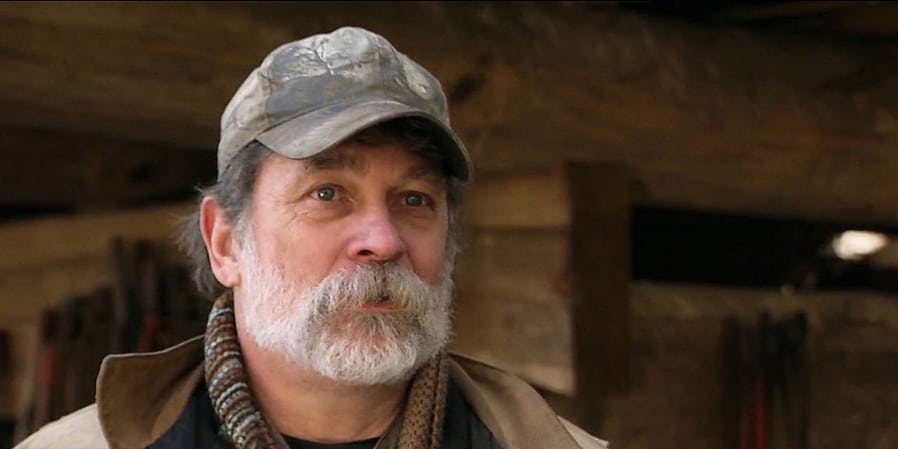 How Did Preston Roberts Die?

Preston Roberts first appeared in the third episode of season one titled ‘Lost.’ Roberts and his camaraderie with Conway is a highlight of the show’s first six seasons. The two men were lifelong friends and often helped out each other during difficult times, be it emotionally or financially. The strong-willed Roberts was born on July 17, 1957, in Westfield, New Jersey, and was brought up in Brevard, North Carolina. He harbored a passion for exploration and adventure from a young age. He studied at Atlantic Christian College before heading off to Appalachian State University.

Roberts worked as a teacher at the Wikes County School for nearly twenty-five years and shared his knowledge and skills of survival with his students. He also co-founded the Turtle Island Preserve, an outdoor education center, where he spent most of his time when not working on the reality series.

On July 24, 2017, a week after turning sixty, Roberts passed away in the presence of his loving wife Kathleen, three children, and Conway. Roberts had been diagnosed with cancer, and the resulting tumor that caused complications in his liver ended up claiming his life. A memorial service was held for Roberts at Turtle Island Preserve. He rests in peace at the Morning Watch Hill Cemetery in Boone.

The sixth season finale titled ‘To Every Thing There Is a Season’ is Roberts’ last appearance on the show. The series has paid tribute to the former cast member, and most of the episodes he appeared in season 6 are dedicated to his memory. His legacy continues through the Turtle Island Preserve. Roberts’ best friend, Eustace Conway, penned a heartfelt note to his beloved pal through a Facebook post. Roberts will not only be remembered for his time on the show but also as a compassionate human being who lived his life to the fullest.