Who Does Paige End Up With in Crush: Gabriela or AJ? 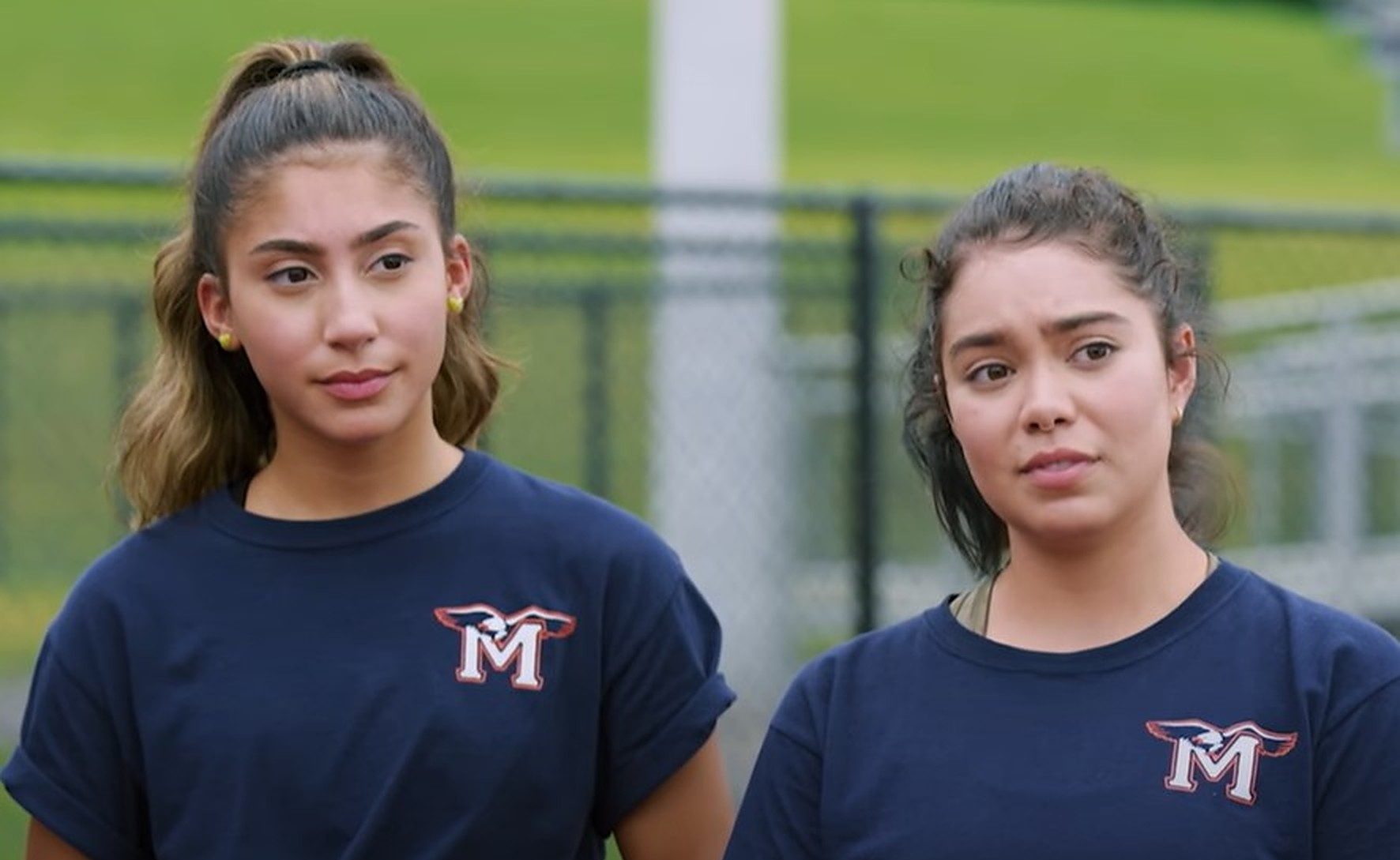 Hulu’s ‘Crush‘ is an entertaining romantic comedy movie about experiencing love for the first time. Directed by Sammi Cohen, it revolves around Paige, a lesbian teenager who has a long-time crush on her classmate Gabriela AKA Gabi Campos. To gain her attention, she joins the school’s track team despite being more interested in pursuing art. However, soon Paige finds herself levitating toward Gabi’s twin sister, AJ, and sparks fly between them. As she struggles with her feelings for the two, the audience also wonders which Campos sister she finally chooses. Let’s find out for ourselves, shall we? SPOILERS AHEAD.

Do Paige and Gabriella End Up Together?

Paige has had a massive crush on her popular classmate Gabriela since they did a science project together in the fifth grade. But with time, they grew apart as Gabi is a social butterfly while Paige is an introvert who prefers to have a limited friend circle. Unable to get over her infatuation, Paige impulsively decides to try out for the school’s track team, led by Gabi. Despite her poor skills, she manages to qualify with AJ’s help and starts training for the relay race.

Apart from wooing Gabi, Paige has another reason to be a part of the track team. To secure her dream of going to Cal Art School, she must improve her extra-curricular record and help the school authorities nab KingPun, an anonymous mural artist who secretly paints stunning graffiti all over the school. Thus, Paige enlists AJ to help her find the culprit and, through her, gets to spend time with Gabi at a party. Later, they all stage a stakeout at night on school premises to catch KingPun red-handed.

While hiding together, Paige finds out that Gabi has recently broken up with her partner and they share a sweet conversation. When Gabi hints at being interested in her, Paige has her first kiss with her. However, they both behave awkwardly the next day and try conversing about it, only to be interrupted by AJ. Sadly, Paige notices that Gabi is still texting her ex and starts feeling distanced. Moreover, she realizes her growing fondness for AJ and decides to focus on that.

Later, during a hotel room party, Paige and AJ get locked up in the bathroom as part of a game and end up kissing each other. However, a drunk Gabi also bumps into Paige later that night and tries to kiss her after sharing that her ex dumped her. To her surprise, the latter pulls away and divulges that she likes someone else. Though Gabi leaves, Paige suddenly realizes that her crush is finally over and that she has fallen deeply for another person — AJ. Afterward, Gabi helps her reconcile with her twin and they decide to remain friends.

Do Paige and AJ End Up Together?

Paige likes Gabi but when her twin sister AJ is assigned to train her for the track team, they develop a friendship rather quickly. At Stacey’s party, Paige also takes her help to look for KingPun, and AJ gladly becomes her accomplice. In addition, they share a common passion for art and Paige asks her to give her suggestions for her art school applications. With AJ’s guidance, she soon becomes a decent runner for the track team and performs considerably well at the sports meet.

Moreover, AJ too feels comfortable in Paige’s presence and starts opening up about her friction with her father. After Paige finds KingPun’s notebook, she suggests staging a stakeout to nab him/her. AJ reluctantly gives in and brings along Gabi as part of their plan but starts feeling a bit uncomfortable seeing her get close to Paige. When the latter has her first kiss with Gabi, she decides to not tell AJ as they go for their regionals.

While playing Seven Minutes in Heaven at the hotel, Paige’s best friend Dillon and his girlfriend Stacey trick AJ into getting locked up with her in the bathroom. There, they have a heart-to-heart and indicate their feelings for each other, before sharing a passionate kiss. Later, they get along even better when they spend the night as roommates, and AJ tells Paige about her insecurities with her sister. Following the awkward encounter with Gabi that night, Paige realizes her love for AJ but feels guilty about hiding the truth about her first kiss.

At the end of the regional meet, Gabi anxiously blurts everything out in front of everyone, and AJ feels betrayed and used by Paige. She then reveals that she is KingPun, whom everyone is looking for, and walks away. Despite Paige’s constant attempts to apologize and explain herself, AJ continues to avoid her. Heartbroken at having lost her first love, Paige decides to take the blame for being KingPun to save AJ, only to find out that the latter has already confessed and has been suspended.

Shocked at how AJ has sacrificed her dreams to support her regardless of what happened, Paige asks Gabi to help her in winning over her sister. They bring her back to school just in time for the election results announcement, and as Stacey becomes the class president, she cleverly manipulates the principal into canceling AJ’s suspension.

Not just that, Paige publicly reveals the mural she has made for her art school application, depicting all the special moments she spent with AJ. As she goes on to apologize and declare her love openly, AJ forgives her and reciprocates by kissing her. Hence, regardless of her crush on Gabi, Paige finds her sister unexpectedly to be a better match and they end up being a couple.