Who is Buster Welch on Yellowstone?

In ‘Yellowstone‘ season 4, Jimmy Hurdstrom is on his own journey of self-discovery as he tries to pursue his dream of becoming a rodeo bronc rider. After injuring himself in the third season finale, Jimmy gets back on his feet only to learn that he is being shipped off to the Four Sixes Ranch in Texas. In the fifth episode, Jimmy begins to explore his new surroundings and has a run-in with Buster Welch. If the old cowboy’s appearance has piqued your interest in Buster Welch, here’s everything you need to know about him!

Who is Buster Welch on Yellowstone?

In the fifth episode of ‘Yellowstone’ season 4, titled ‘Under A Blanket Of Red,’ Jimmy takes a nap on a bench at the Four Sixes ranch. However, he wakes up to the sound of conversation between two old men. The duo is having a spirited discussion about rodeo, which quickly catches Jimmy’s attention due to his interest in the field. Another cowboy of the Four Sixes ranch calls Jimmy away. The cowboy tells Jimmy that he just met an icon in the Texas cowboy and rodeo community. However, Jimmy confuses the man for someone entirely different. The man is none other than Buster Welch, with the real Welch essaying a fictionalized version of himself. 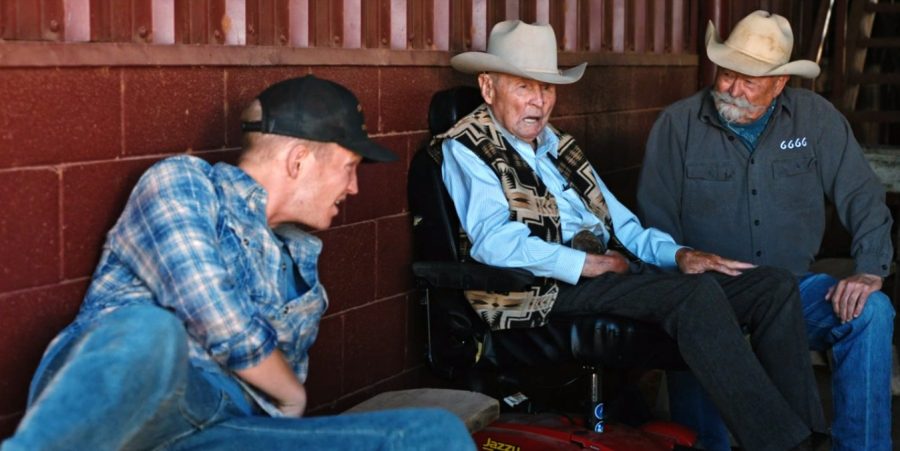 Born on May 23, 1928, in Sterling City, Texas, Welch is a renowned horse wrangler known for training horses in the cutting horse style. Welch began learning bronc riding from an early age and quickly developed a penchant for it. At the age of 13, Welch started working full-time as a horse trainer. He worked at various prestigious ranches in Texas, including the 6666 ranch.

By the age of 18, Welch established himself as a skilled horse trainer. Along with an American Quarter Horse named Chickasha Mike, Welch participated in various cutting contests and continued to hone his skills, winning all of his first five competitions. Over the course of Welch’s lengthy career, different horses trained by him have gone on to win the National Cutting Horse Association (NCHA) World Champion Stallion title. Welch has four NCHA World Championship titles and five NCHA World Championship Futurity titles to his name. He served on the NCHA’s Executive Committee from 1962 to 63 and was briefly the NCHA director.

Welch has been inducted into the NCHA Hall of Fame, NCHA Riders Hall of Fame, and the Texas Cowboy Hall of Fame. He has also received various other accolades for his work as a horse trainer and rider. Presently, Welch is 93 years of age and reportedly resides on a ranch near Roscoe, Texas. The decorated and veteran cowboy’s appearance on the show at the Four Sixes Ranch makes a nod to his legendary status in the Texas ranching community and the rich history of the ranch itself. Welch’s presence helps the show’s depiction of the Four Sixes Ranch live up to its iconic status and builds the anticipation of life at the 6666 ranch for Jimmy.

Read More: Does Lloyd Die on Yellowstone? Is He Leaving the Show?