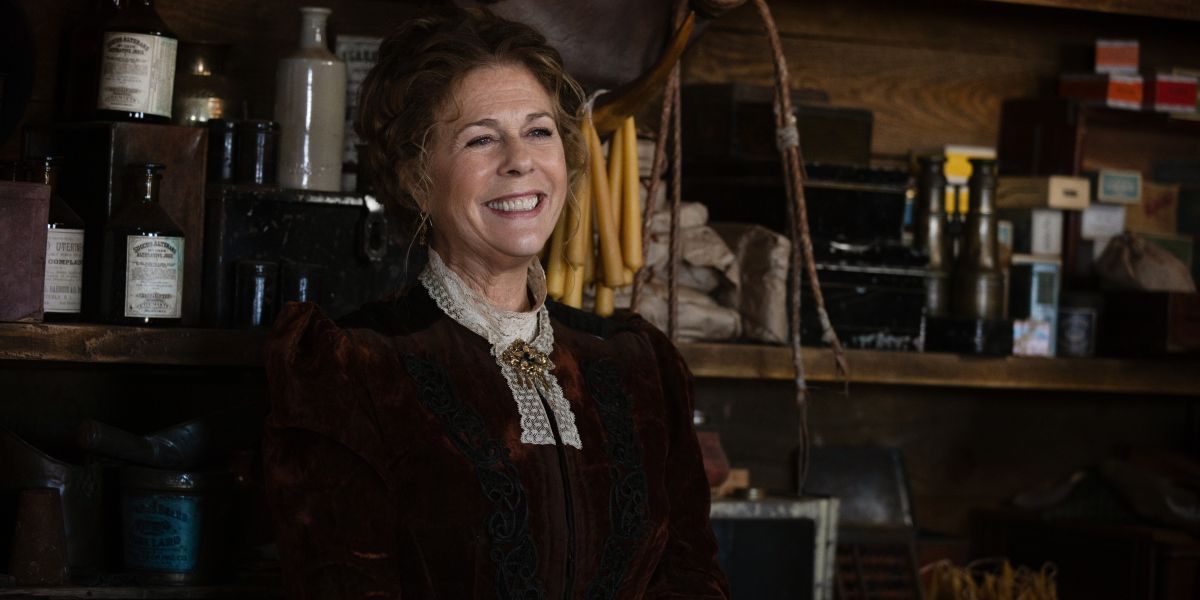 ‘1883‘ follows a group of travelers heading to Oregon facing numerous challenges on their way to the so-called promised land. The narrative constantly changes backdrops, allowing the makers to introduce new characters who serve a narrative purpose for a limited time. So far, the Western drama’s guest star list includes the likes of Billy Bob Thornton and Tom Hanks, among others.

In the sixth episode of the series, viewers are greeted by another surprise guest star’s appearance. The episode sees the introduction of a new character in the form of Carolyn. If you are looking for more details about Carolyn and the actress who plays her, here’s everything we know! SPOILERS AHEAD!

In the sixth episode of ‘1883,’ titled ‘Boring the Devil,’ the wagon camp arrives at Doan’s Crossing. The settlement is the last segment of concrete civilization situated at the edge of Texas. Beyond it lies the native American territory. Therefore, the campers halt at Doan’s Crossing to get the necessary resources and supplies. Margaret goes to the local market with Elsa, and after her daughter creates a scene, Margaret heads out on her own. She arrives at a local store where she meets the charming housekeeper, Carolyn.

Carylon talks with Margaret about Elsa and realizes that Margaret is tired from the journey. She offers Margaret a lemonade which the Dutton lady declines. Carolyn then offers Margaret a glass of whisky, and the two women chat. Their conversation continues until the evening, and the two women share an unlikely bond in a small town, knowing that their pats are unlikely to cross again. Nonetheless, Carolyn shows extraordinary compassion and hospitality to Margaret as if they have known each other for a long time.

After actor Tom Hanks’ guest appearance in the second episode of the series, rumors began to swirl that his wife and actress Rita Wilson would also appear. A few days ago, the actress confirmed her involvement in the series by posting a picture on social media. She plays the role of Carolyn in the series’ sixth episode. Born and brought up in Hollywood, California, Wilson began her acting career in 1972 with a small part on ‘The Brady Bunch.’ She is known for her performances in several hit films and shows such as ‘Borat Subsequent Moviefilm’ ‘It’s Complicated’ and ‘The Good Wife,’ among others.

Aside from her acting career, Wilson is also a popular musical performer, philanthropist, activist, and journalist. Wilson married Hanks in 1988, and the couple has remained close friends of Tim McGraw and Faith Hill (James and Margaret Dutton) over the years. While filming for the show’s debut season was underway, McGraw called up Hanks and asked his friends to guest star in the series. Hanks and Wilson obliged with the former playing the role of General George Meade and his wife essaying the part of Carolyn. Wilson’s performance as Carolyn opposite Hill is a highlight of the sixth episode and has shades of their real-life friendship to it.

Read More: Was it Really Illegal to Swim in Germany as Shown in 1883?