Who is Cornelia’s Son’s Father in The English? How Did He Die? 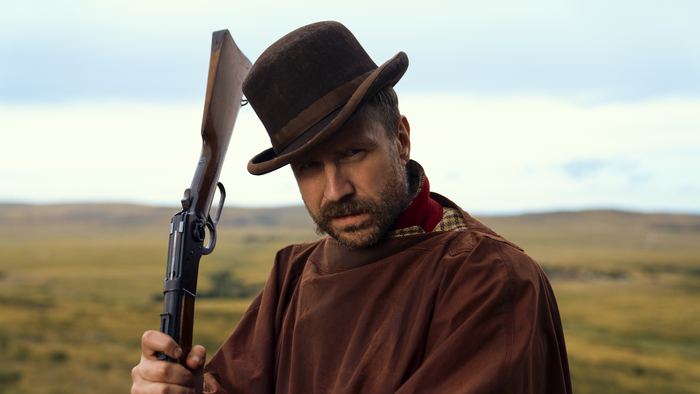 Created by Hugo Blick, Amazon Prime’s ‘The English‘ is a period western drama series that centers upon Lady Cornelia Locke (Emily Blunt) and Eli Whipp (Chaske Spencer). While Cornelia seeks vengeance against the man who killed her son, Eli aims to go to his hometown in Nebraska. When their paths cross, the story around their lives unravels, and we see how Eli and Cornelia’s destiny is entangled with each other.

One of the core premises of the TV series is Cornelia’s revenge. ‘The English’ woman holds the boy’s father responsible for his death and is hell-bent on killing him one way or the other. As the narrative progresses, we see several twists and turns that lead us to the question – how did Cornelia’s son die, and who is his father? Well, allow us to appease your curiosity. SPOILERS AHEAD!

How Did Cornelia’s Son Die? Who Was His Father?

Cornelia’s son died due to syphilis, and David Melmont is his father. When David raped and impregnated Cornelia, he had syphilis, an STD that can be passed on from the mother to the child. Thus, David gave it to Cornelia, and she, in turn, passed it to her son, who was born with it. For 14 years, he suffered from the illness, and Cornelia took care of him until he succumbed to the disease. But how exactly did David Melmont contract the disease?

In the show, the story goes back 15 years before 1890. In 1875, we see Thomas Trafford, David Melmont, and Kelly, who serves Thomas, in the area around Chalk River. From above a hill, David notices a village where the Native Americans, specifically the Cheyenne tribe, are settled. From the moment we see Melmont, he seems racist and seems to be pretty reckless. Kelly even warns Thomas that he must keep an eye on Melmont, who might do something untowardly. While Thomas believes Melmont is supposed to work under him, the latter thinks of himself as a free spirit. As the story progresses, we see the animosity between them grow, and it is evident that Melmont works for nobody other than himself.

At this point, three soldiers who serve in the American army pass by and start talking to Thomas and the other two. The soldiers are Jerome McClintock, Bill Myers, and Timothy Flynn. The trio mentions they are looking for Running Hawk, a man from the Cheyenne tribe who killed Bill’s brother Lonnie. Although the three shouldn’t be looking for him because the war is over, they want payback for what happened to Lonnie.

David Melmont leads them to the Cheyenne settlement in Chalk River, despite Thomas’ attempts to prevent that. The three soldiers and David Melmont go to the settlement and massacre the people. Later, they go to a brothel and have illicit sex with a sex worker called Black Widow. Later, we see David Melmont go to England to talk with Cornelia and collect the money for Thomas’ business.

Melmont talks about the incident, but instead of calling himself the perpetrator, he blames Thomas Trafford. Following this, Cornelia receives a letter from Thomas which exposes the truth. When David learns of this, he threatens Cornelia, standing in her study, and later we see him walk down. A year later, we see Cornelia standing in her house, but this time she is pregnant. It becomes clear that David raped and impregnated her.

When the story cuts back to the present, it is revealed that Black Widow suffered from syphilis, and when the four men had sex with her, they contracted the disease too. Thus, David Melmont passed on his disease to Cornelia and her son, who died after fighting the disease for 14 long years. After he died, Lady Locke decided to make his father pay for his sins.