Who is Diana the Huntress in Who Killed Sara?

Diana the Huntress is a central character in the explosive Mexican murder mystery series ‘Who Killed Sara.’ A shadowy figure that seems to know more than anyone else about the events surrounding Sara’s death, she initially helps Alex with his investigation against the Lazcanos. The character of Diana the Huntress, like the show’s central mystery, is slowly revealed throughout season 2.

Though her identity is revealed in the season 1 finale, her complex motives and plans only come to light later. A true anti-hero that straddles both sides of the mystery, let’s get to know Diana the Huntress and the far-reaching effects of her actions in ‘Who Killed Sara’ season 2.

Who is Diana the Huntress?

At the end of season 1, Diana the Huntress is revealed to be Sara’s childhood friend and next-door neighbor, Marifer. As a grown-up, she possesses a trove of secrets about Sara that Alex doesn’t know about, which she uses to alternatingly help and manipulate him. Despite the audience knowing her identity, Alex does not find out till the very end of season 2 and continues to communicate with her through encrypted messages. 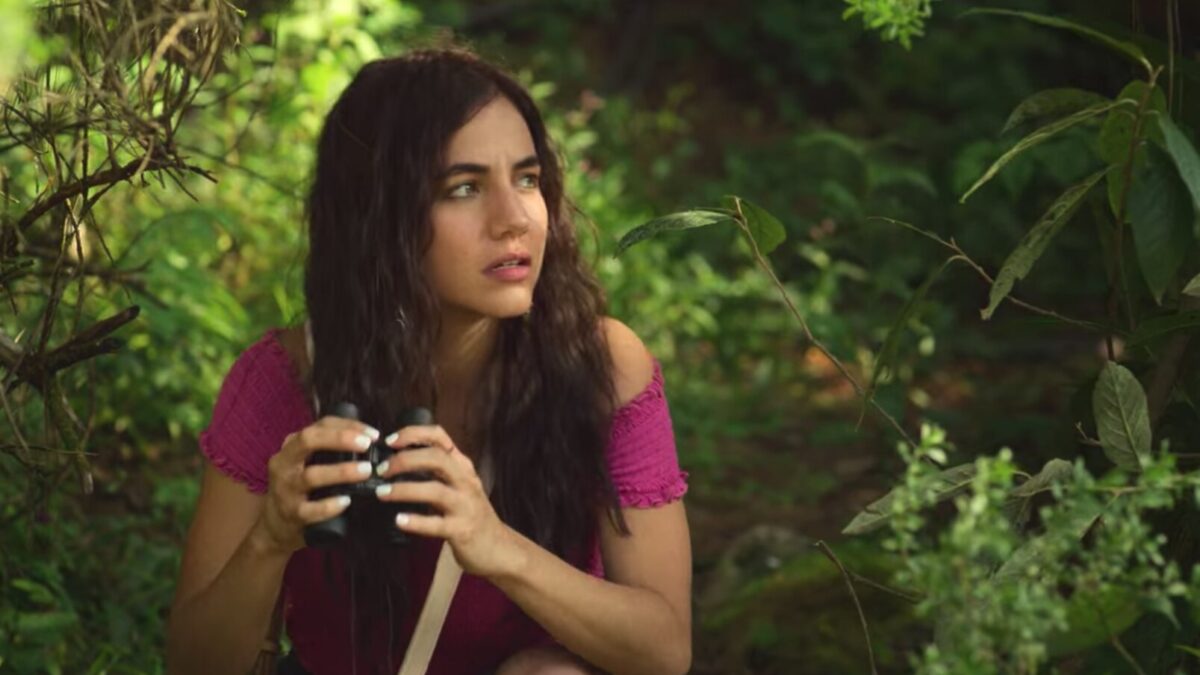 Diana the Huntress’ motivations are central to the plot of ‘Who Killed Sara’ as she is the one who finally admits to killing Sara by cutting the straps of her parachute. Apart from being an explosive reveal, since Marifer is never suspected to be Sara’s killer, her motivations have far-reaching repercussions. In addition to causing Sara’s death, Marifer continues to use her knowledge of the murder to bring down the Lazcanos, who are central to her motives.

Convinced that Cesar and Mariana Lazcano are responsible for her mother’s disappearance, Marifer hatches a plan to hold a Lazcano baby hostage to get them to admit to her mother’s murder. Along with her sister Clara, she manipulates Jose Maria to employ Clara as a surrogate for his child. With a Lazcano child growing in her sister’s belly, Marifer waits for the opportune moment to confront the senior Lazcanos.

Marifer’s dual plans, which essentially form a major part of the plot, proceed smoothly at first, with Alex tormenting the Lazcanos using the information supplied by her and Clara. Two major revelations related to her father, however, turn Marifer’s world upside down. The first is that he fathered Sara, meaning that Sara and Marifer were half-sisters. Secondly, it was her father, Abel, and not the Lazcanos, who murdered her mother. Reeling from the knowledge of having killed her stepsister and the fact that her hatred for the Lazcanos has been misplaced all these years, Marifer loses control and, in the ensuing scuffle, accidentally shoots her pregnant sister Clara.

A tragic, manipulative, and borderline psychotic character, Marifer and her Diana the Huntress alias form the core of the turbulent plot of ‘Who Killed Sara.’ The murder (that is the show’s namesake) is committed by her, ironically, for the most innocent of reasons. Feeling resentful and angry towards Sara because of her rude and paranoid behavior, a teenaged Marifer cuts the straps on Sara’s parachute when she overhears Mariana egging Sara on to use it. The convoluted saga that ensues is borne out of this vindictive action by a young Marifer who, according to her older self, didn’t know what she was doing.

Lastly, there is a strong streak of jealousy that is apparent in the young as well as the older, present-day versions of Marifer. Whereas in her childhood, she is jealous of the attention Sara gets from boys, as an adult, she is seen bearing similar jealousy for Elisa for being with Alex. In Elisa’s absence, we also see that Marifer is obsessed with Alex. This aspect of Marifer’s personality played a role in her plans as well, removing any traces of innocence from her character. Her fate is unknown, as she is last seen buried under a pile of debris in the Lazcanos’ burning casino. Considered to be dead by Alex and Elisa, Marifer can possibly come back to once again plot her revenge or attempt to make peace with Alex.