Who is in Red Costume and Mask Helmet in Snowpiercer Season 3?

The premiere episode of the third season of TNT’s post-apocalyptic series ‘Snowpiercer’ depicts astounding developments with respect to life outside the giant train. Based on the data collected by Melanie, the crew of the pirate train starts to investigate the climate change happening on the Earth. As their research progress, Layton encounters a person in a red costume and mask helmet, living in an old underground reactor in the Asian continent. As the anonymous individual’s existence establishes that life does exist outside the Snowpiercer and Big Alice, one must be wondering who the person really is. Let’s find out! SPOILERS AHEAD.

Who is in Red Costume and Mask Helmet?

After collecting the data Melanie procured, Ben starts to lead the investigation about the increase in Earth’s temperature. While collecting samples from North Korea, he falls into an underground reactor. Layton and Josie arrive at the reactor and save him. After successfully rescuing Ben from the reactor, Layton starts to look around the place. He gets attacked by an individual in a red costume and mask helmet. After dealing with the person’s attack, Layton brings the attacker to the pirate train. 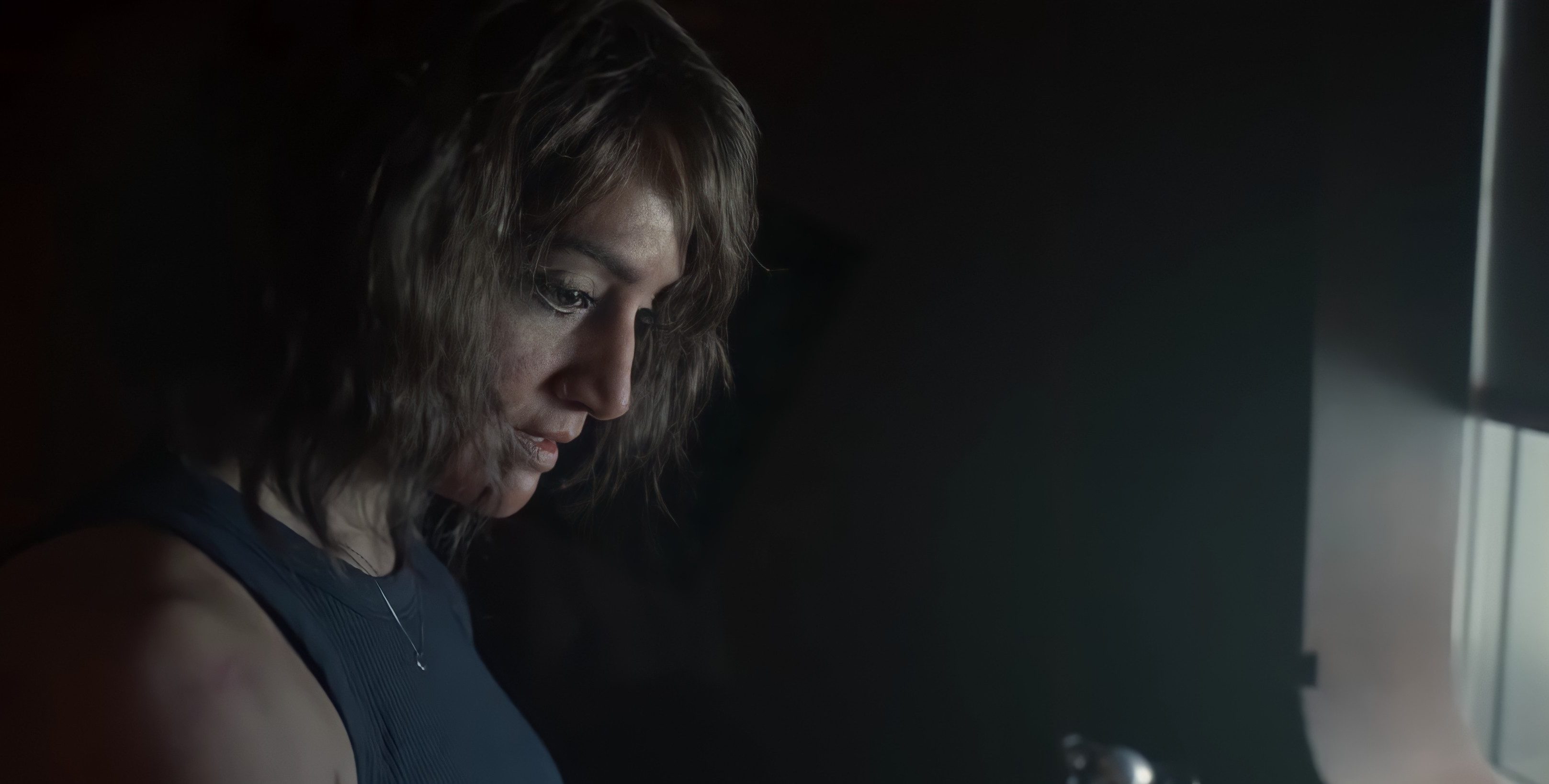 Even though the premiere episode does not reveal much about the surprising character, the episode ends with the reveal that the person is a woman. The unexpected attacker, who lives in an abandoned North Korean reactor, is Asha. When the freeze hit the planet Earth, the passengers of Snowpiercer believed that they are the only survivors of the apocalypse. Their belief turns out to be wrong when the Big Alice joins them with a small crew. However, the passengers of both the trains never consider the possibility of life beyond them.

Asha can be the sole survivor of the freeze who hasn’t boarded the Snowpiercer or the Big Alice to survive. Although significant details about the character are yet to be revealed, we know that Asha survived the frozen wasteland without the help of a moving train. She believed that she is the last surviving human being on the Earth until she encounters Layton unexpectedly. Layton and the pirate train open a new gateway of survival for Asha, who seemingly has survived the impossible with the mechanisms available on the reactor.

With Asha on board, the crew of the pirate train may reroute their investigation to the possibilities of life existing already outside the Snowpiercer. Her experience of surviving the freeze may turn out to be invaluable for Ben and others to perceive more about the chances of overcoming the freeze to recolonize the planet. And more than anything, Asha is expected to be a pivotal addition to Layton and others’ resistance against the viciousness of Wilford. If Asha’s survival saga possesses valuable information regarding overcoming the freeze, we may see Layton and others trying to free the remnants of humanity from the clutches of Wilford.

In an interview given in December 2021, executive producer Becky Clements identify Asha as the catalyst of the third season’s excitement. Considering the scope of the character, we can definitely hope that Asha will play an engrossing part in the upcoming episodes of the third season. Archie Panjabi, who won a Primetime Emmy Award in 2010 for her performance in CBS’ ‘The Good Wife’ as Kalinda Sharma, portrays Asha. Panjabi’s major performances also include Nas Kamal (‘Blindspot’), Kendra Malley (‘Departure’), and Priya Varma (‘I Origins’).