Who is Mei Sou’s Husband in When Calls the Heart? Theories 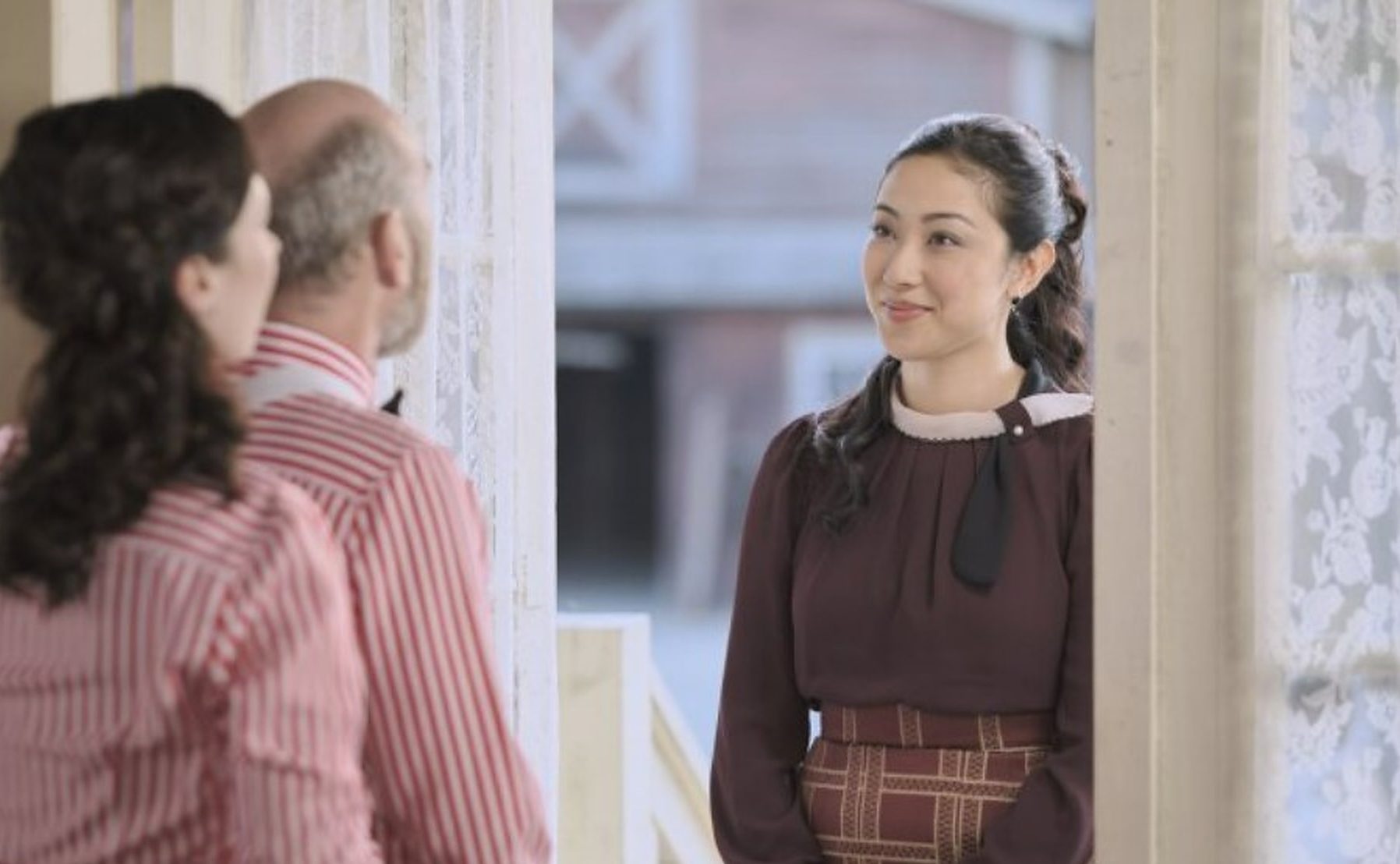 The ninth season of the drama TV series ‘When Calls the Heart’ sees the arrival of the enigmatic Mei Sou in Hope Valley. She is the new pharmacist at Ned and Florence’s newly opened shop and soon proves to be rather efficient at her job, despite their initial apprehensions to hire her. Moreover, she is good with animals and uses her skills to help heal Nathan’s horse Newton after their accident.

The handsome Mountie is quite impressed and intrigued by her, but Mei Sou seems to be hiding something about her past. What’s more, she makes a shocking confession to Bill about being married and having trouble with her husband. Fans are quite curious to find out about her mysterious spouse, as are we. Let’s dig in more into this! SPOILERS AHEAD.

Who is Mei Sou’s Husband?

Ned and Florence expect a certain Mr. Geoffrey Lewis, whom they have hired as the pharmacist at their new shop through written correspondence. Faith is the one who recommended him as she used to work with him in the hospital in Chicago. However, Mei Sou arrives instead and reveals to them that she is the one that they had been speaking with via letters under the name of Geoffrey Lewis.

In addition, Mei Sou divulges that she met Faith while working as an apprentice for a year under Geoffrey at the same hospital, after getting her degree. Having proved her qualifications, she convinces Ned and Florence to give her the job. However, Mei Sou refuses to answer any questions about her past, especially after Faith confronts her about Geoffrey being her alleged husband. She avoids the topic completely and requests Faith not to probe into her and Geoffrey’s relationship.

Later, Mei Sou bumps into Bill while helping out with Newton, following Nathan’s accident. After hesitating a bit, she requests Bill to help her regarding her past situation and promises to discuss it with him later. Meanwhile, she grows close to Nathan after her hard work and knowledge cure Newton. As the two begin spending time together, a potential future romance seems to be on the cards.

Regardless of this, Mei Sou doesn’t tell Nathan about being previously married or where her husband Geoffrey is. In season 9 episode 4, titled ‘Straight to the Heart,’ she instead approaches Bill again, this time in a somewhat worried state. She shares that she’s a fugitive on the run from her husband Geoffrey, and requests Bill to help her with her problem. An astonished Bill hears her whole story and promises to keep it a secret from the rest of the townsfolk.

It is confirmed that Mei Sou is married to Geoffrey, but what caused her to run away from him and lie to Ned is something that shall only be revealed with time. Though, it is possible that he might have been a controlling and abusive spouse who harmed her, leading her to leave him and come to Hope Valley in hiding. Another probable reason could be that she has stolen something valuable of his or has been involved in a mishap with him, thus escaping and fearing arrest or worse, facing him.

What exactly transpired between Mei Sou and Geoffrey and why she is in Hope Valley is unclear as of now, but it shall surely play a pivotal role in her equation with Nathan ahead. Furthermore, since Bill is involved in investigating Geoffrey now, he too will be able to uncover more surprising details about the couple’s marital troubles. Lastly, Geoffrey arriving in town in pursuit of his wife and creating trouble for her in the near future cannot be completely ruled out as well.