Did Aren Buchholz’s Jesse and Eva Bourne’s Clara Leave When Calls the Heart? 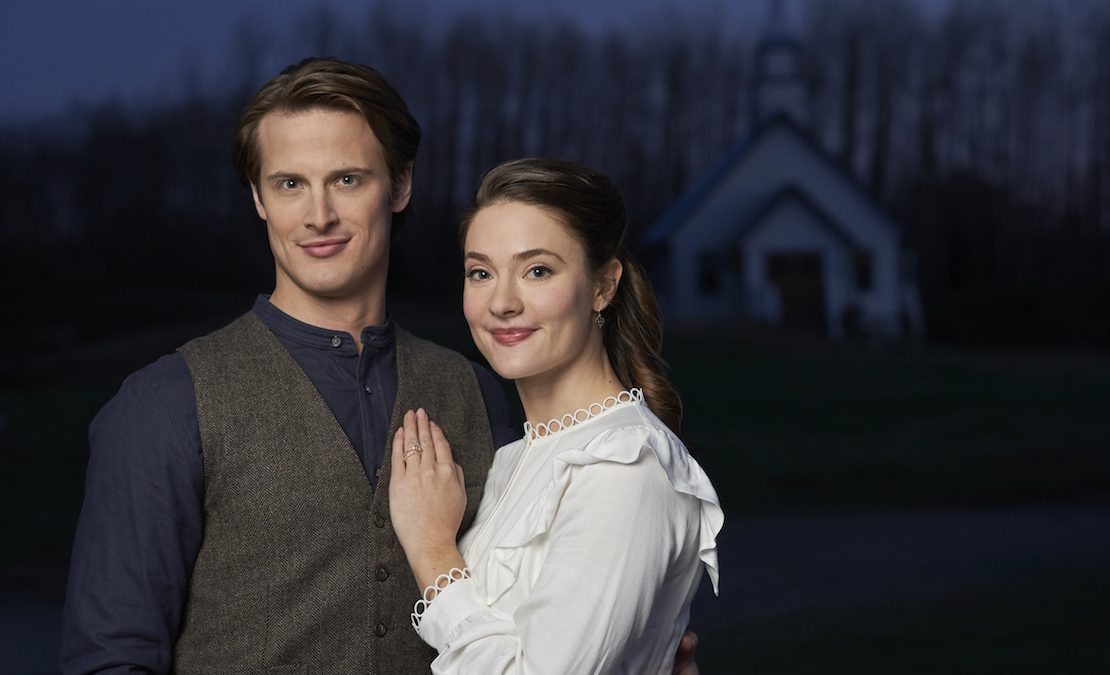 ‘When Calls the Heart’ is a drama TV series based on Janette Oke’s eponymous novel. Developed for the small screen by Michael Landon Jr., it follows the lives of the residents of a small frontier town named Coal Valley, that flourish upon the arrival of Elizabeth Thatcher, a young teacher. As she starts becoming an indispensable part of the community, she finds love, purpose, and friendship along the way.

Over the years, the show has featured several interesting couples, one of them being the sweet Jesse and Clara. As season 8 ends, fans are left wondering whether their beloved pair decides to remain in town or leave in search of better living prospects. Here is everything we know so far about them. SPOILERS AHEAD.

What Happened to Jesse and Clara?

Clara Stanton is Abigail’s widowed daughter-in-law who loses her husband Peter to the coal mine accident shortly after their wedding. She lives with Abigail and works in her café after returning to town in season 2. Clara meets Jesse Flynn, an outlaw connected to Pastor Hogan’s past, who lands in Hope Valley (previously called Coal Valley) in season 3 to convince the latter to return with him.

However, Jesse soon falls for Clara and leaves his outlaw life by staying back in town and working with Lee. Seeing him change, Clara also decides to give him a chance and they enter a relationship. Despite several hurdles — like Jesse’s insecurity towards Clara’s boss and their financial problems — the couple survives all odds and ties the knot in season 7 episode 6, titled ‘In Perfect Unity.’

Initially, the Flynns face slight hiccups adjusting to marital life, which flare up in season 8 when Clara discovers that Jesse has lost all their savings in a dubious investment without telling her. As her dreams of starting a new business venture get shattered, she gets livid at her husband for his reckless decisions. The newlyweds are gradually able to mend their strained relationship and even manage to get their money back from Wyman Walden, the man who duped Jesse.

Later, Clara faces another tense situation when Jesse doesn’t return from a business errand out of town. After a frantic search by the townsfolk, he finally returns in the season 8 finale and has an emotional reunion with his wife. As the season ends, the Hope Valley residents see off Jesse and Clara as they embark on a vacation planned by Lee.

In season 9 episode 1, titled ‘In Like a Lion,’ Bill receives a letter from Clara, who informs that she and Jesse are homesteading in Montana, where they live a quiet farm life. Though Clara states that they miss Hope Valley, she doesn’t mention anything about returning. Through more letters, the couple maintains contact with Bill.

Are Aren Buchholz and Eva Bourne Leaving When Calls the Heart?

Aren Buchholz and Eva Bourne, who play Jesse and Clara respectively, won’t be returning for season 9 of ‘When Calls the Heart.’ Though neither the actors nor the makers have divulged any further information on the same, actress Erin Krakow who portrays Elizabeth, confirmed their absence in the ‘Hallmarkies Podcast’ in March 2022.

“They’re homesteading…Their characters are homesteading somewhere as newlyweds, but they’re not in Hope Valley with us this season. We miss them,” shared Elizabeth. Although, executive producer John Tinker disclosed in a Facebook Live session in April 2021, that they did intend to bring back Jesse and Clara in season 9 and explore their marital issues further. “If we have another season… yes, we absolutely have to do deal with that. The marital strife as it stands now… between the two of them is manageable, but it’s got to be addressed and it will be addressed,” he said.

Tinker further added that the ninth season would also delve into Jesse’s encounter with Wyman. Nonetheless, it is likely that Aren and Eva’s other projects did not fit into the schedule planned by the makers, thus leading them to bow out of ‘When Calls the Heart’ season 9. But there are still huge chances of their characters coming back in future seasons as the narrative has left possibilities open still. Thus, fans shall have to wait and watch whether Jesse and Clara return to Hope Valley or not.

Read More: Who is Augustus Landis in When Calls the Heart? Who Plays Him?