Who is Piglet on The Masked Singer? 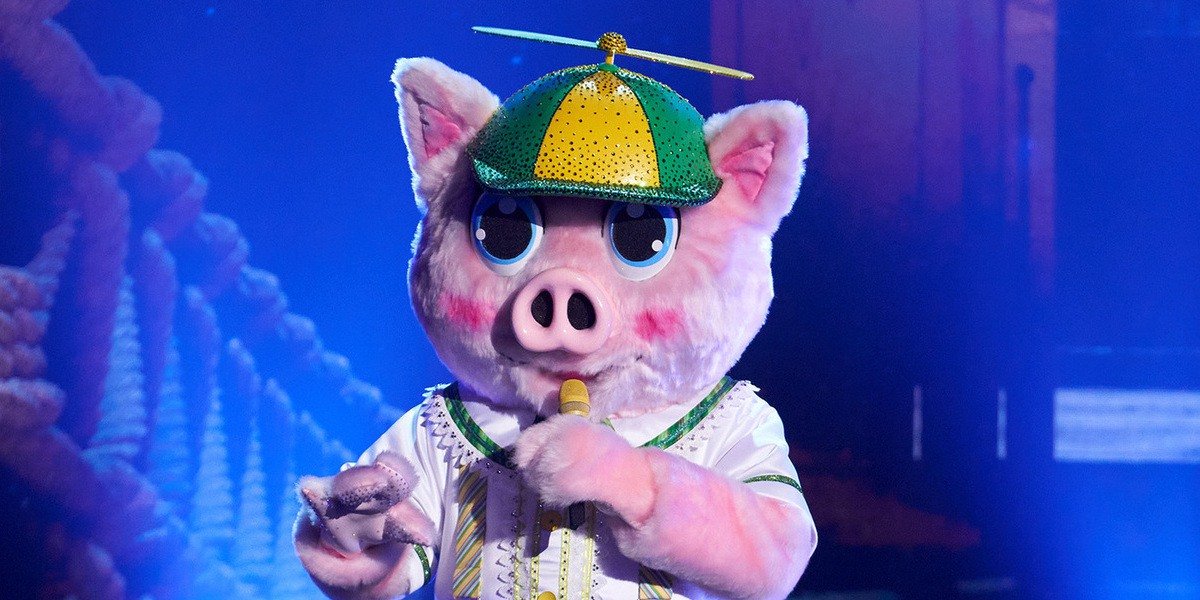 Combining artistic entertainment and audience engagement into a single program, Fox’s ‘The Masked Singer‘ is a reality competition series like no other. Here, celebrities dressed in elaborate costumes that cover them from head to toe portray their talents in the form of exhilarating singing performances. To describe their true selves to a panel of four judges and the audience, the contestants also include direct and hidden hints in their acts. As each week passes by, they slowly reveal more and more about themselves. So, let’s find out who the captivating and adorably gifted Piglet from Season 5 could be, shall we?

As a self-proclaimed hopeless romantic, Piglet’s initial clue package was set in a make-believe reality series called ‘Love in the Mud,’ where he had listed himself as a “part-time lover, full-time ham.” He said he’s been very unlucky in love and that he has “given away a few roses,” after which “the world saw my heart break.” Piglet learned that “some flowers have sharp thorns” the hard way, which is why he has a tattoo of a heart with an ax on it. Thus, it came as no surprise that he covered “Speechless” by Dan + Shay, a love song, for his first performance.

In his second week, Piglet seemingly shed light on his professional career and competitive nature by showing himself doing cardio in a locker room and holding a football. “When I got to the big leagues, I never anticipated a lifetime of competition with my archrivals,” he said, adding that this only made him work harder and turned him into a hometown hero. Later on, he described the difficult phases of his life and how they got better once he met someone unexpected, with whom he hopes to grow old. Now residing in LA, Piglet says he looks at everything as a sign.

While some of the intriguing visuals in his packages included a lei necklace, candles, a genie lamp, ribbons, pastors, a boat in a storm, a foam finger, a UFO, vampire fangs, and four gold bars, his statements were what got our attention. After all, he mentioned his fraternity days, a “huge birthmark on the side of my head shaped like an apple,” and running into the “sorority girl of my dreams,” before performing beautiful renditions of mostly love songs. Piglet’s favorite food is cotton candy, and his two dog tags, along with a charm of the letter P, mean the world to him.

I’m convinced the piglet on masked singer is nick lachey

Initially, while Nicole Scherzinger guessed Charlie Puth based on the rose and thorns hints possibly referencing his public split with Bella Thorne, Jenny McCarthy admittedly got a boy band aura from the celebrity and named Piglet to be Jonathan Knight. Meanwhile, Ken Jeong shifted from his original guess of Adam Lambert to J.C. Chasez of NSYNC. Some of the other assumptions over who Piglet could be have been Liam Hemsworth, Austin Mahone, AJ McLean, Kevin Richardson, Zayn Malik, Lance Bass, Adam Levine, Peyton Manning, Taylor Lautner, Brian Littrell, and Nick Lachey.

Right off the bat, fans of ‘The Masked Singer’ and music suspected Nick Lachey to be the person behind Piglet’s mask. After all, one of the first clues about him was a reference to warm weather, and we all know that Nick was a former member of the multi-platinum, four-album-selling boy band 98 Degrees. Moreover, his breakup with his first wife, fellow singer Jessica Simpson, was highly publicized at the time, and his “unexpected” person could be his now-wife, Vanessa Lachey. All the clues line up in a way that makes it seem like Nick being Piglet is the only option.

Read More: Who is Black Swan on The Masked Singer?