Who is Black Swan on The Masked Singer? 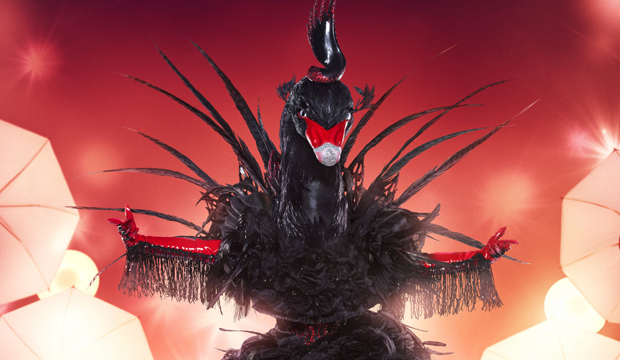 Fox’s ‘The Masked Singer‘ is a reality competition series that, as the title suggests, has the identities of its celebrity contestants concealed behind elaborate head-to-toe costumes, making it challenging to figure out who the person really is. A group of famous panelists, along with the audience, votes for their favorite voice with each passing week and makes informed guesses from the clues they receive before and during the performances. So now, with season 5 currently airing and giving us characters like Piglet, Yeti, and Black Swan, let’s find out who the latter truly is, shall we?

With an extravagant costume of wings, furs, and ornate details, when we first met Black Swan, she implied that she is an incredibly rare performer, adding that she was once “caught up, hypnotized” by a Hollywood deal she couldn’t resist. Black Swan admitted that this came at a steep price, leading her to be trapped and worried that she’d never see the light again. However, her “faithful flock” helped set her free. The most intriguing and engaging aspect here, though, was that she said she has also covered a “monster.”

To start her second clue package, Black Swan said that the judges’ week one comments made her want to showcase just how thankful she is to the person who gave her life and confidence. She said that her journey hasn’t been easy, but she’s glad she had someone who always stood by her. She further added that her childhood crush was D’Angelo and that she grew up in a one-bedroom flat with her mother. “All this anonymity brings me back to my beginnings, literally,” Black Swan stated. “I wasn’t quite what they were expecting.”

Black Swan was once so worried about her appearance that she went on auditions based on her talent alone, not her looks. Yet, as she recently hit significant milestones, she decided that it was time to take a leap of faith and trust in herself and the process. Music is what changed her life. “As a little girl, I would put a hat out on the streets and sing for people,” Black Swan described, continuing to claim that she had no fear of people or the unknown at that age. “I’m really trying to channel that fearlessness now that I’m all grown up.”

The four panelists – Robin Thicke, Jenny McCarthy, Ken Jeong, and Nicole Scherzinger – have gone down a few different routes as they have tried to identify Black Swan. After all, she has managed to deliver emotional and beautiful performances consistently. While Ken Jeong named Anya Taylor Joy as his initial guess, Jenny McCarthy assumed Camilla Cabello. Over the last few weeks, though, the judges have connected the clues to celebrities like Leona Lewis, Demi Lovato, Ashlee Simpson, Emily Osment, Victoria Justice, Brenda Song, Kesha, and Mandy Moore.

With that said, the most popular guess for Black Swan is JoJo Levesque. Not only was she trapped in a bad record deal early on in her career, but she admitted that D’Angelo had a massive impact on her when she was a kid. Moreover, JoJo has covered the song “Can’t Believe It” by T-Pain, the OG Monster of ‘The Masked Singer,’ participated in ‘X Factor Celebrity,’ turned down a role in ‘Hannah Montana,’ and toured with Fifth Harmony. As the clues keep on coming, it becomes more and more evident that Black Swan is none other than Joanna “JoJo” Levesque.

Read More: Why is Nick Cannon Not Hosting The Masked Singer Season 5?