Who is the Narrator in Gordita Chronicles? 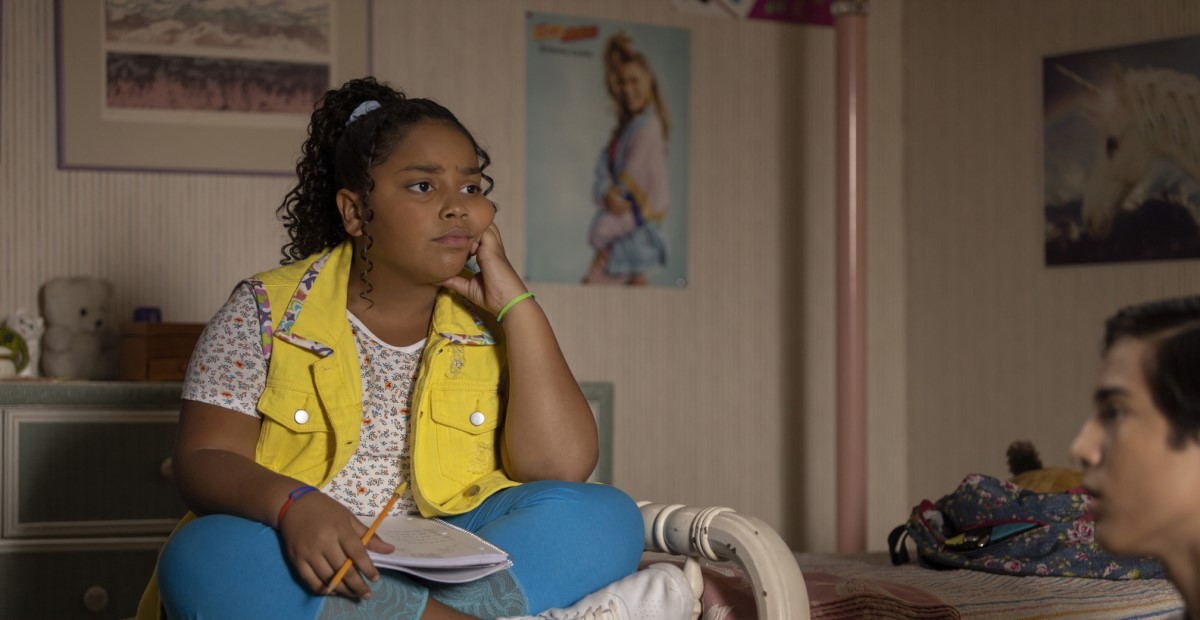 Set in the 1980s, ‘Gordita Chronicles‘ is a comedy series about 12-year-old Cucu “Gordita” Castelli (Olivia Goncalves) and her family. They shift from Santo Domingo, Dominican Republic, to Miami, Florida, when Cucu’s father, Victor Castelli (Juan Javier Cardenas), is offered a career opportunity in the US. The family of four tries to adjust to the new and unfamiliar country though the task is not as easy as they might have hoped for. As Cucu and her older sister Emilia (Savannah Nicole Ruiz) try to fit in with their peers, the Castelli parents struggle to ensure their daughters can experience the American dream at its finest.

Created by Claudia Forestieri, the show is loosely based on the life of Forestieri as a young child. Thanks to its realistic portrayal of the life of an immigrant family, the comedy series has made its way into several hearts. The show’s narration binds the series together and lets the audience know more about what is happening. Apart from telling the story, the narrator has a humor of her own that shines through at many moments. So if you want to know more about the voice behind the charming narration, we have your back. SPOILERS AHEAD!

The narrator of ‘Gordita Chronicles’ is the adult version of Cucu “Gordita” Castelli. The show’s story is mainly told from Cucu’s perspective, though we do get to see several moments that she is not a part of and is unlikely to have heard about later on. Through the narration, an older Cucu reminisces about her past as a 12-year-old. The voice often provides an insight into what is going on in her head and explains the reasons behind the actions of her younger self. Her tone goes well with the mood of what is happening on-screen and often leads to a chuckle or two.

As the series progresses, the older Cucu expands upon how she and her family lived in Miami. The narrator further talks about how she was made fun of due to her weight and appearance, leading a young Cucu to try her best to improve her image and impress those around her. The narrator also mentions her older sister’s and her parents’ struggles; despite the family’s hardships, they try to support each other and stay true to their roots. Overall, it is a hilarious and chaotic journey that the Castelli family embarks upon.

The beautiful narration is carried out by Dascha Polanco, whose life actually is quite similar to that of Cucu. The actress was born in Santo Domingo, Dominican Republic, and moved to the USA at a young age, where she grew up with her two siblings in Brooklyn, New York, and Miami, Florida. Dascha aspired to be an actress from a young age but hesitated to audition as she was conscious of her weight. While working in hospital administration and studying nursing, she gained the courage to try her luck in the entertainment industry. Since then, the beautiful actress has not looked back.

Dascha has been a part of several well-known projects over the years. You may know her from her role as Dayanara “Daya” Diaz in ‘Orange Is the New Black.’ Her other works include ‘Russian Doll,’ ‘In the Heights,’ and ‘The Assassination of Gianni Versace: American Crime Story.’ Given the parallelism between Dascha’s own childhood and that of Cucu, her role as the adult version of the leading character is all the more fitting. We wish the talented actress the best in her life and hope to see her in many more projects in the future.