Who is the Person with Black Gloves at the End of Chucky? 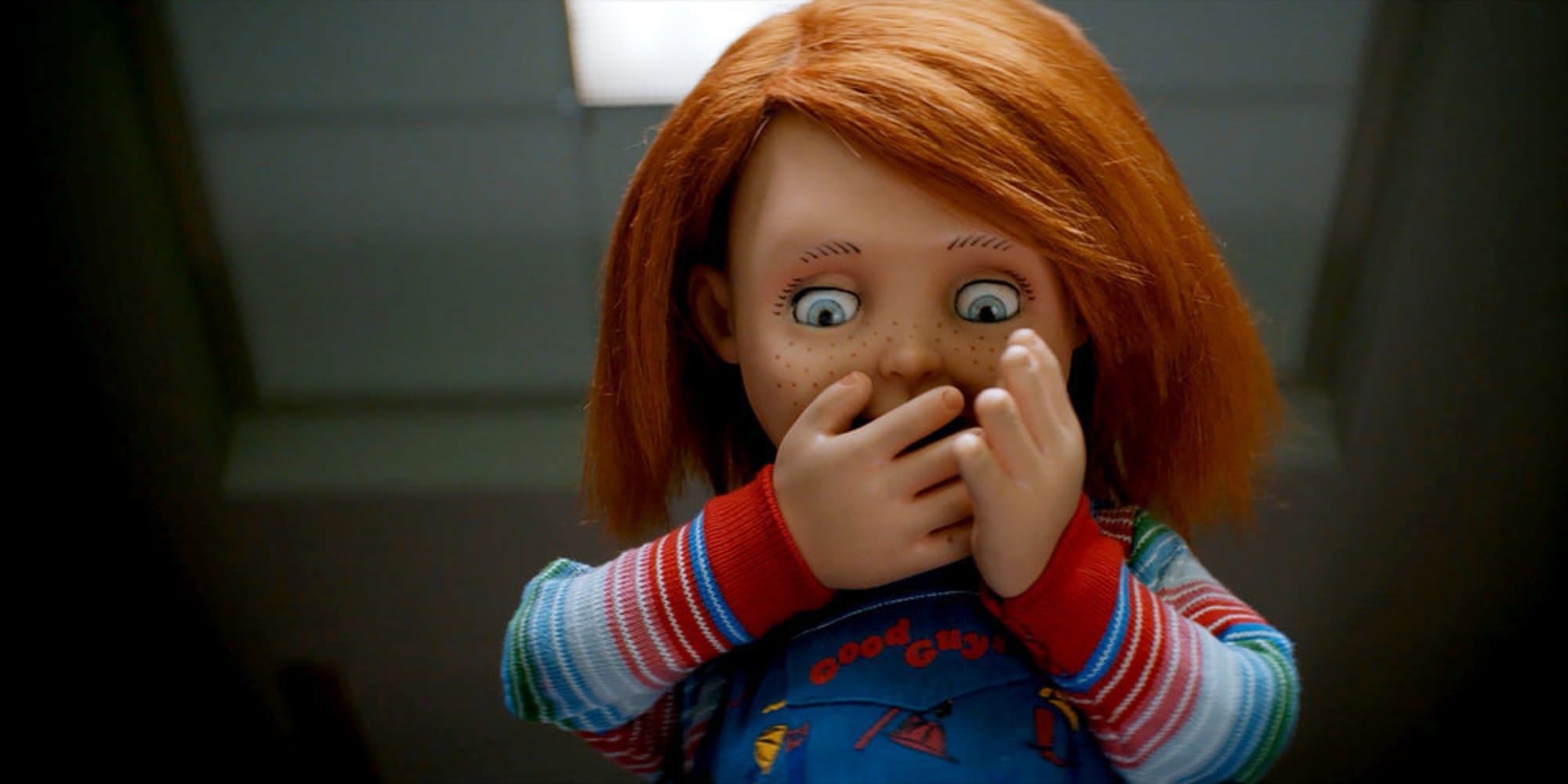 The ‘Chucky’ season 1 finale is packed with loads of surprises as the conflict between Jake and Chucky comes to a head in the episode. Jake and Lexy team up with Andy and Kyle to save Devon and takedown Chucky once and for all. On the other hand, the serial killer doll joins hands with Junior to enact the final stages of his master plan.

In the aftermath of Chucky’s carnage at a local charity event, Jake, Devon, and Lexy prepare to resume their lives while carrying forward the memory of the ones they have lost. However, the presence of a mysterious person in the episode’s final moments must have left fans baffled and could signal a dire future for the teenagers. Just who is this mystery person? Here are our best guesses about the identity of the black gloves sporting person at the end of ‘Chucky’ season 1!

Who is the Person with Black Gloves?

In the closing moments of ‘Chucky’ episode 8, titled ‘An Affair to Dismember,’ Jake, Devon, and Lexy gather around Junior’s grave. In a voiceover, they express their feelings about their altercation with Chucky and the losses they have suffered in the process of defeating the evil doll. As the teenagers prepare to embrace what the future holds for them, a mysterious figure watches from a distance, and their black glove-wearing hand appears on the screen before we cut away.

The person in question could be Andy Barclay. The last time viewers see Andy; he is transporting the Chucky dolls away from Hackensack. However, a Tiffany doll holds him at gunpoint and ensures that the dolls are taken to the airport. Chucky’s plan is for the dolls to be spread out to needy young children across the country. Therefore, if Chucky has succeeded, Andy might be back to recruit the teenagers to fight against Chucky’s cult.

Another likely, but the less obvious choice for the same would be Andy’s foster sister, Kyle, who seemingly died in the explosion at Charles Lee Ray’s old house. If Andy survived the blast, it is possible Kyle did too and is watching over the teenagers. The evidence that points to either Andy or Kyle being the mystery person is that both wear a black pair of gloves for most of the episode.

However, the cryptic scene has a sinister vibe that hints the person might have nefarious intentions towards the teenagers. In the same sequence, we see that Miss Fairchild, the teenagers’ biology teacher, is waiting for them outside the cemetery. The angle from which the mystery person is watching the teens is similar to where Fairchild is standing.

Moreover, her hands are suspiciously concealed when she appears on the screen. The mystery person’s right hand sporting a black glove appears in the final shot of the episode. Fairchild has a delinquent past, suggesting she might have bad intentions towards Lexy, Jake, and Devon. Will she become the next serial killer in town? It is certainly possible. Some viewers have suspected that Fairchild is secretly Chucky and Tiffany’s offspring(s) Glen/Glenda, who we first meet in ‘Seed of Chucky.’ We will have to wait and see whether this particular fan theory plays out on screen.