Who is Wanda Sykes Married to? Does She Have Kids? 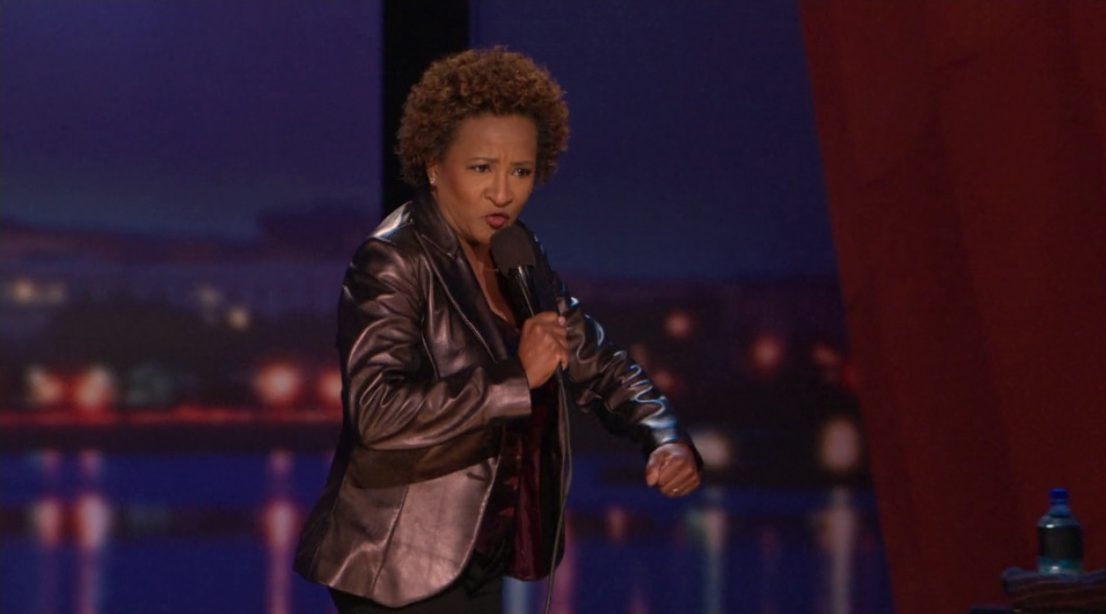 Wanda Sykes is a comedian, actress, and writer whose prolific career spans decades. Named by Entertainment Weekly as one of the 25 funniest people in America in 2004, the Primetime Emmy winning writer has worked on iconic comedy shows like ‘The Chris Rock Show’ (which earned her the Emmy) as well as appeared on HBO’s ‘Curb Your Enthusiasm’ and ABC’s ‘Black-ish’ amongst many others.

Effortlessly switching roles between film, television, and stand-up comedy, Sykes is also the co-creator and co-showrunner of Netflix’s sitcom ‘The Upshaws,’ which sees comedy veteran Mike Epps in the lead. Known for her call-it-like-I-see-it attitude, Sykes’ frank and straightforward rhetoric has earned her the respect of her comedic peers and fans alike. The outspoken comic has also had an eclectic personal life. If you’re wondering who Wanda Sykes’ partner is, we’ve got you covered.

Wanda Sykes got married to record producer Dave Hall in 1991. Hall is known for working on Mary J. Blige’s debut album as well as with musicians like Madonna and Usher. The two remained married for seven years but then eventually divorced in 1998. During this time, Sykes’ stand-up comedy routines would often poke fun at her own marriage, hinting at her dissatisfaction with the relationship. However, at the time it was taken in the guise of comedy, and not as her actual situation. On November 15, 2008, Sykes publicly came out as a lesbian during an Equality rally in Las Vegas, regarding Proposition 8.

Years later, in a 2013 interview with Oprah, the actor-comedian admitted that she had felt little connection with her husband for most of their marriage. She also revealed that despite coming out to herself as gay at a very young age, she repressed it because it conflicted with her religious upbringing. In her 2004 book titled ‘Yeah, I Said It,’ Wanda opened up about her failed marriage to Dave Hall. She said, “We were married seven years, no kids. So we went out of business. No inventory.”

Apart from coming out to the world at the same-sex marriage rally in November 2008, which in itself was big news to anyone outside of Hollywood and Wanda Sykes’ circle of friends, the actor-comedian went on to announce that just a few weeks earlier, she had married her girlfriend of 2 years Alex Niedbalski.

The two first met in 2006 after the comedian saw Alex on a ferry headed to Fire Island in New York. Sykes, who now owns property there, was on her way to Cherry Grove when she noticed her future wife. Later, the two were introduced to each other, and as it turned out, got along very well. At the time, Alex worked at Polycor, a stone mining, and cutting company. She is now the Senior Vice President of Sales – Business Development at Polycor. After dating for two years, Alex and Wanda Sykes tied the knot in a private ceremony in Las Vegas on October 25, 2008.

A month later, on November 15, Sykes came out at a rally in Las Vegas protesting a law that banned same-sex marriage. Sykes and her parents initially had a falling out over the comedy star’s sexual orientation, which resulted in the parents not attending her wedding. However, over the years, they have reconciled, helped along by the twin children of Sykes and Alex. In an interview with Oprah, Sykes mentioned: “We’re in a great place right now, my parents are wonderful… They weren’t at my wedding, but they were at the kids’ last birthday party…”

Alex gave birth to the couple’s daughter Olivia Lou and son Lucas Claude on April 27, 2009. The four of them live at their home near Philadelphia in Media, Pennsylvania with Sykes dividing her time between her home and Los Angeles. Alex’s French heritage also means that both Olivia and Lucas are bi-lingual, and the family also spends time in France. In conversation with Ellen DeGeneres in 2021, Sykes addressed rumors about her and Alex getting a divorce by debunking them. With her signature straight-faced comedian flourish, she added “But no, it’s all good here. Matter of fact, we were just talking about getting a new mattress!”

Read More: What is Wanda Sykes’ Net Worth?