Who Is Wednesday’s Stalker? Theories 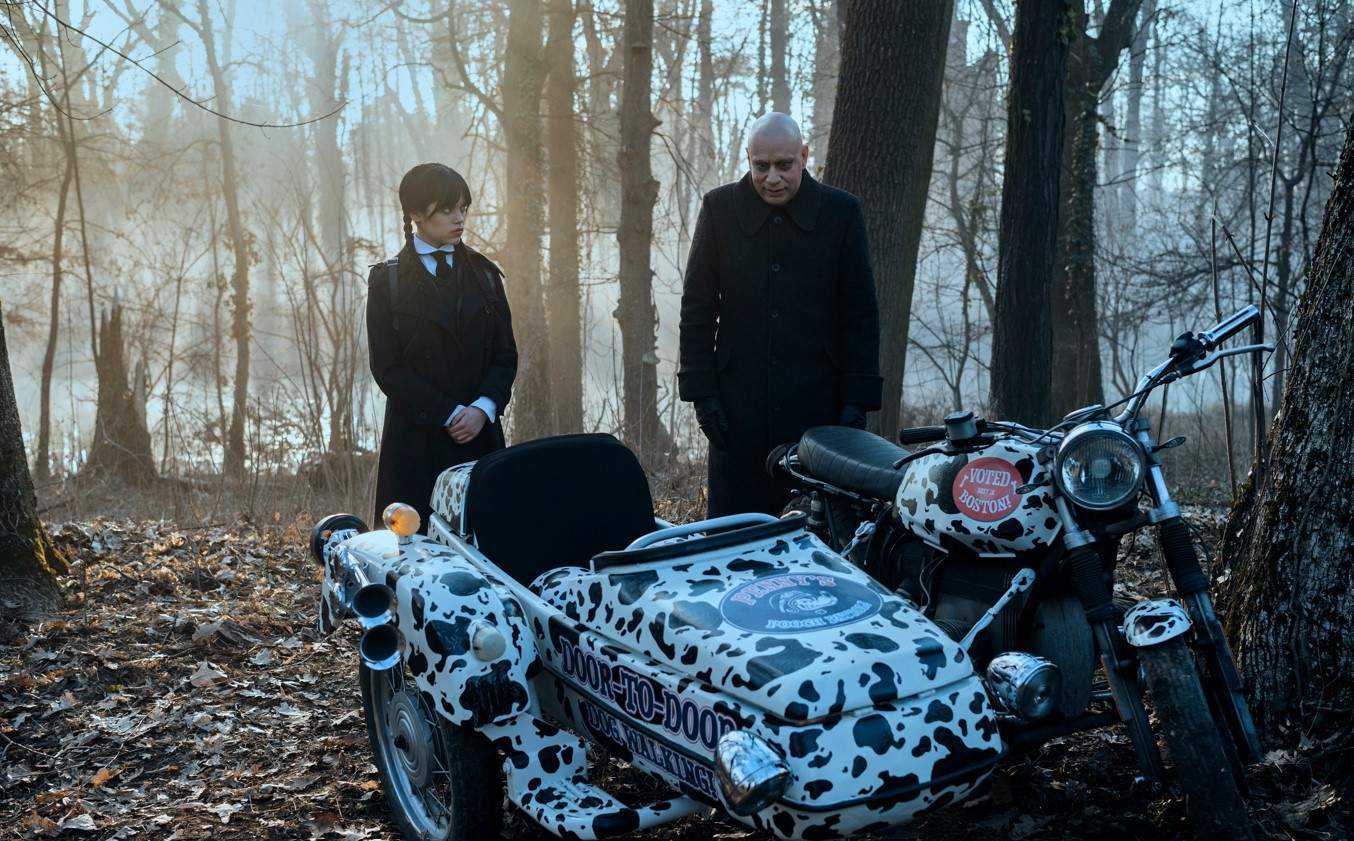 ‘Wednesday’ is the Netflix coming-of-age fantasy adaptation of the Addams Family, characters created by American cartoonist Charles Addams. The plot revolves around the eponymous character, who has gone through eight schools in five years. Although her parents appreciate how intelligent and individualistic their daughter is, they still want her to have a normal childhood filled with friends and various life experiences. So, they decide to send her to the Nevermore Academy, the boarding school they attended. At Nevermore, they hope Wednesday can be herself. But even there, Wednest stands out. Like her mother, she has visions, though the gift is much more potent in her.

As the first season of ‘Wednesday’ comes to an end, some questions remain unanswered. One of them is raised in those final moments and involves a potential stalker of Wednesday. Here is everything you need to know about it. SPOILERS AHEAD.

Who Is the Stalker?

With Principal Weems dead, the school is shut down for the semester. As Wednesday says goodbyes to the friends she has made along the way, Xavier, a fellow student and Nevermore’s very own tortured artist, gifts her a smartphone. Wednesday never had one before and seems happy accepting it, especially after Xavier tells her that he has saved his number in the phone.

As Wednesday travels home, she receives a message from an unknown number. Apparently, the sender has taken photos of her with both Tyler and Xavier. They have sent those, along with an animated GIF showing the gruesome death of a girl who looks distinctly like her. Wednesday realizes that she has a stalker and wonders what challenges lie ahead.

As the phone and the number are supposedly brand new, let’s deal with the most obvious suspect first — Xavier. He has the opportunity. After all, he is the one who gave her the phone and saved his number on it. There is a legitimate chance that he is the stalker. But then, even if Xavier has the opportunity, he doesn’t have any reasons. At this point in the story, he doesn’t have the motive to play mind games with Wednesday. And anyway, Xavier doesn’t seem like someone who enjoys sending disturbing messages to other people.

The second possible candidate for Wednesday’s stalker is Marilyn Thornhill or Laurel Gates. In the climactic battle, Wednesday seems to knock Laurel out, and we don’t know what happens to her after that. Given that Tyler is shown in police custody, the same might have happened to her. It’s possible that she somehow escaped. The message is Laurel’s way of letting Wednesday know it’s not over.

One plot thread hardly addressed in the season involves the cult Bianca used to be part of — MorningSong, led by a man named Gideon. In episode 5, during the parents’ week, Bianca is surprised to see that her mother has come. However, she soon realizes that her mother isn’t there out of love for her. Before she came to Nevermore, Bianca, whose name used to be Brandy Jane, was part of the cult, along with her mother. Bianca fled, but her mother stayed behind and later married Gideon.

In later episodes, it is implied that the cult has become active in Jericho. So, it’s possible that in the next season, this Gideon might serve as the primary antagonist. Bianca is terrified of him, and even her mother, who is supposed to be married to the man, is wary of him and implies that she is worried about the consequences of failing him.

The stalker can be the cult itself, several members keeping a close eye on Wednesday on Gideon’s orders, or a single member working on their own. Either way, they probably want to exploit Wednesday’s powers for personal gain.

Read More: Is Marilyn Thornhill aka Laurel Gates Dead or Alive in Wednesday?