Who Wins the Battle of the Bands at the End of Metal Lords? 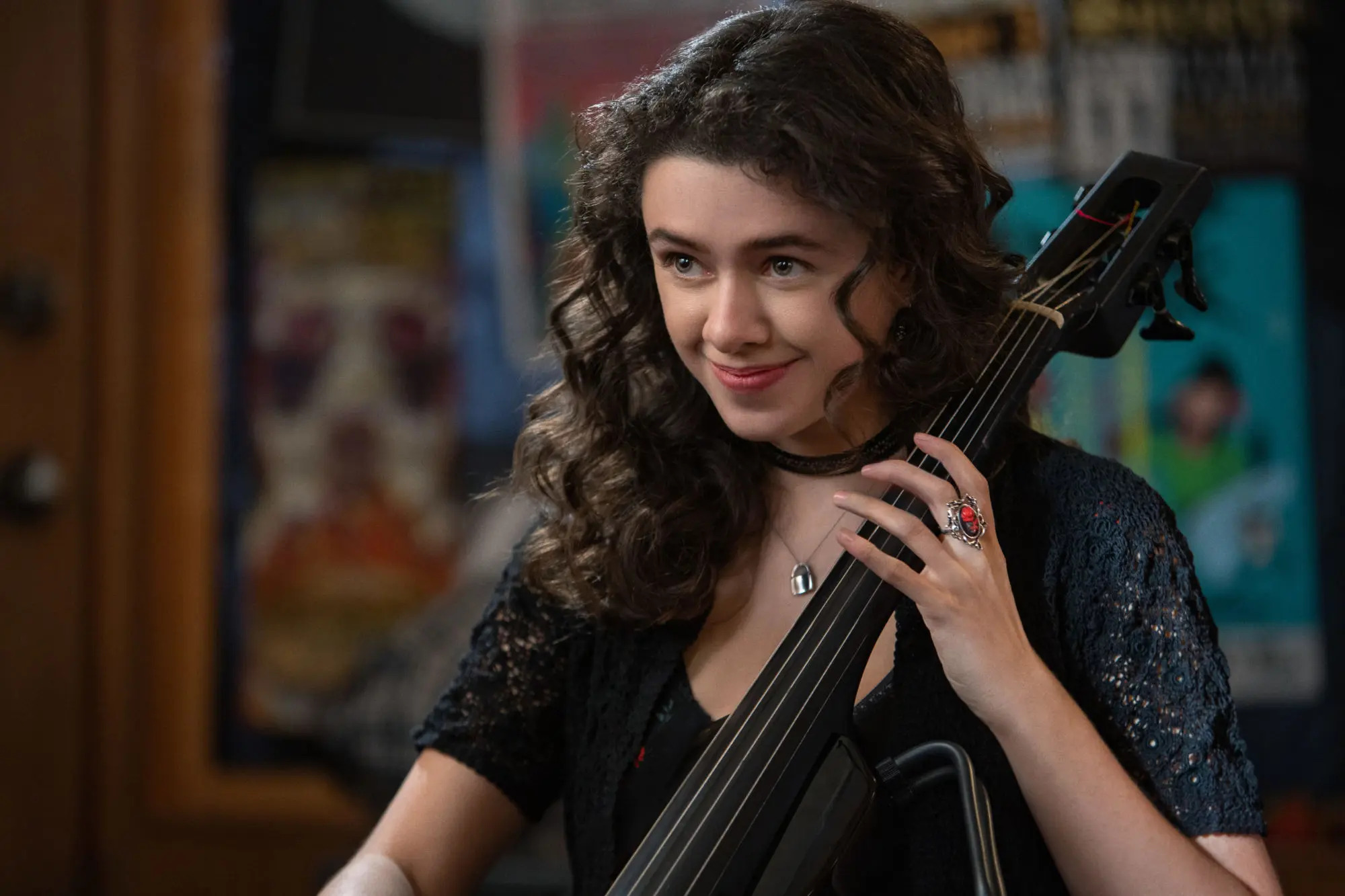 ‘Metal Lords’ is a coming-of-age musical film. It follows Kevin (Jaeden Martell) and Hunter (Adrian Greensmith), best friends and co-founders of the fledgling heavy metal band Skullf***er. With his roomful of rock memorabilia, Hunter is evidently more invested in the band. Kevin, at least initially, is just there for the ride. They are essentially school outcasts. Apparently, fanboying over Judas Priest, Black Sabbath, and Iron Maiden is not as popular a conversation starter as it used to be. In contrast, there is Mollycoddle and its lead singer, Clay. With their charming smiles and Ed Sheeran and Imagine Dragons covers, they are the quintessential popular kids of the school. Hunter and Kevin begin to prepare after learning that the legendary Battle of the Bands contest is set to return that year. However, they still need a bassist to complete the triad and seem to find it in Emily (Isis Hainsworth), a young Scottish-American cellist with rage issues. If you are wondering who ultimately wins the Battle of the Bands, here is what you need to know. SPOILERS AHEAD.

Who Wins the Battle of the Bands?

Like most other high schoolers, Kevin and Hunter’s lives have a myriad of problems, including bullies, unsympathetic parents, and exasperated teachers. Hunter is the Dewey Finn of heavy metal. From Satan-worshipping to dressing up as if he is a Kiss member — he expresses his love for the genre in total abundance. Meanwhile, Kevin is not as enthusiastic about heavy metal as his friend. They are students of Glenwood Lake High. While attending a party, they learn about the Battle of the Bands from Clay. Hunter insults Clay and the type of music his band play, declaring that Skullf***er will win the contest. After registering with Dean Swanson, the boys begin a desperate search for a bassist.

Hunter buys a high-end drum set for Kevin with his father’s credit card without telling the latter, even though his friend is initially reluctant about making music. It’s all about what Hunter wants at first. And music is a medium through which they connect. But as the film progresses, Kevin realizes that he has a latent talent for drumming. His training sessions during the after-hours at school draw Emily’s attention. They do an instrumental cover of ‘War Pigs’ together. Realizing that Emily just might be the bassist they are looking for, Kevin speaks to Hunter, who immediately dismisses the idea, apparently holding onto misogynistic views that girls can’t be in heavy metal bands. He also thinks a cellist can’t be a bassist.

A romantic relationship starts to form between Emily and Kevin. When Hunter insults Emily in public, triggering her rage, it causes a rift between him and Kevin. And their band seemingly breaks up. Kevin then agrees to play with Mollycoddle at a wedding. Hunter dresses up like a Kiss member and tries to crash the wedding but is arrested before he can do so. His father subsequently sends him to rehab, where he meets Troy Nix, who is one of Hunter’s idols.

Eventually, Kevin breaks Hunter out along with Mollycoddle’s drummer, who also has been a resident at the rehab. Hunter apologizes to Emily, but it seems that she will not join their band. At the Battle of the Bands, Mollycoddle performs a cover of Imagine Dragons’ “Believer,” and it is received quite well. Just as Kevin and Hunter are about to get on stage, Emily arrives, dressed like a proper rocker and with an electric cello. However, the dean declares that the trio can’t go on to the stage with a name like Skullf***er, so Emily comes up with a plan and changes it to Skullflower. The crowd goes wild as they perform their original track, “Machinery of Torment.”

However, several pieces of sound equipment fall on Hunter, injuring him. It is later revealed that Mollycoddle has won the Battle of the Bands. But the members of Skullflower aren’t too bothered by it, as they know that this is just the beginning for them. As the film ends, they begin playing “War Pigs” once more.

Read More: Is Metal Lords Based on a True Story?