Whose Baby is it in Ozark? How Did Darlene Get the Baby? 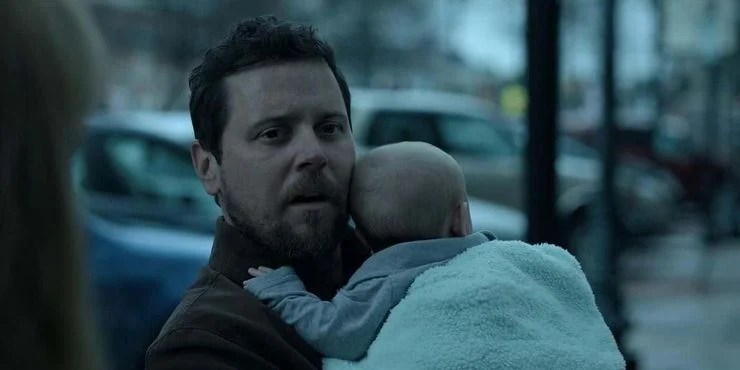 One of the main reasons ‘Ozark’ differs from other crime shows is because of how masterfully it combines crime and family. The deep, long-lasting effects that a life of high (or low) crime has on a family and the wellbeing of its members give the show many of its longest-running themes. Over the course of 4 seasons, we are not only introduced to the remarkable changes that the Byrde family undergoes because of their proximity to dangerous people but also see the evolutions of the local Langmores and Snells. To an extent, even the families of the cartel boss Omar Navarro and his lawyer, Helen Pierce, become briefly entangled in the mire.

Perhaps the most tragic story arc, and one that most effectively symbolizes the devastating ruthlessness of organized crime, is that of baby Zeke. In season 4, the child is cared for by a loving Darlene Snell until a truly tragic turn of events. But how did baby Zeke end up with Darlene anyway? And who are his birth parents? Here’s a little ‘Ozark’ refresher about baby Zeke. SPOILERS AHEAD.

Whose Baby is it?

Baby Zeke is the son of Pastor Mason Young and his wife, Grace. In season 1, the pastor is introduced as the idealistic preacher who chose the path of god after a near-death experience. His sermons on the lake draw a paltry but dedicated crowd, but in what is one of the show’s most appalling early revelations, we find out that the local drug runners use the pastor’s sermons to distribute heroin. The crowd pretending to listen to the sermons is actually waiting to purchase drugs! 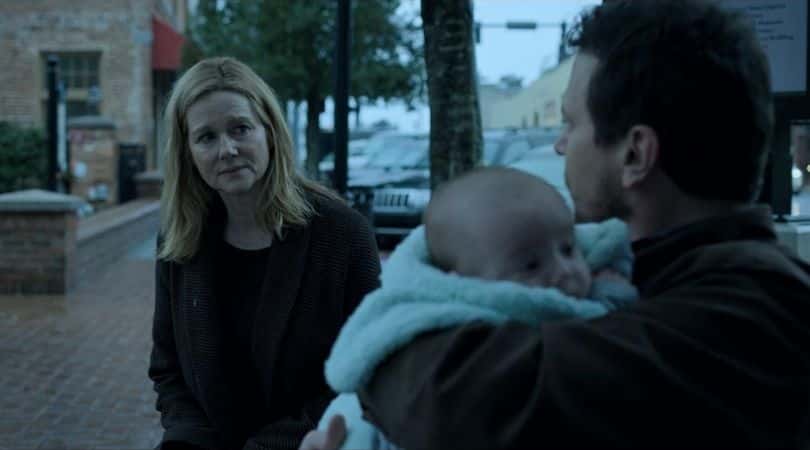 Mason’s wife, Grace, is the love of his life and late in her pregnancy when she is introduced. After Mason confronts his clandestine drug-running partners (which is how the Snells are introduced into the ‘Ozark’ plotline), his wife Grace goes missing. She is never seen again, and Mason finds his son, safely delivered, in his home. In one of the darkest instances of mafia justice, Darlene and Jacob Snell deliver the baby and kill the mother, leaving the father completely devastated and in a crisis of faith. It is Mason and Grace’s tragic baby who is eventually named Zeke.

How Did Darlene Get the Baby?

After the appalling death of his wife, Mason keeps custody of Zeke even as the father slowly loses his mind. He preaches angrily in street corners and blames the Byrdes for the dark events that have come to pass ever since he met them. Marty and Wendy, possibly out of guilt and a twisted sense of morality, attempt to get Zeke a more stable living environment, eventually leading to a confrontation with Mason. The pastor and his infant son’s tragic arc continues as the former is accidentally shot dead by Marty during a tense moment. 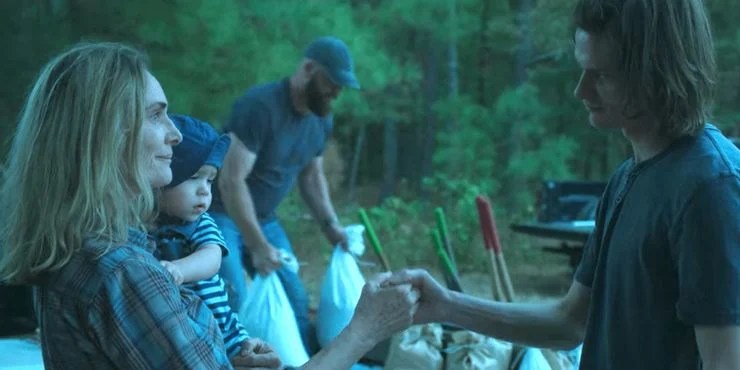 Killing Mason causes one of the biggest shifts in Marty’s otherwise calm and calculating demeanor and essentially puts his character in the passenger seat while Wendy begins to take a more active role in directing the family’s dangerous affairs. In order to hide the murder of his father, the Byrdes are also forced to adopt Zeke and pretend that Mason has abandoned his young son (just as they tried to convince Mason that his wife, Grace, abandoned him). Jonah and Wendy become quite emotionally connected to the infant even as Marty remains detached.

Meanwhile, Darlene begins to feel like she needs a child to care for and, despite Jacob’s vehement protests, begins to look into adoption. Once Jacob dies, she becomes even more adamant about bringing a child into her family. In Darlene’s twisted logic, baby Zeke is the perfect candidate, and it is hinted that she feels a connection to the infant for having helped with his “birth” (which involved slaying the child’s mother).

Darlene eventually forces a deal with the Byrdes by holding their casino hostage because it is situated on her land. Despite Wendy’s outrage, Marty does the unthinkable and hands baby Zeke over to Darlene. The “transaction” is kept a secret from Jonah and Charlotte, but the Byrde children eventually find out. Zeke being given away to Darlene becomes one of the major factors that contribute to Jonah’s eventual disillusionment with his family.

Against all expectations, Darlene is a loving mother and spends long periods fawning over Zeke. She is genuinely attached to the child and becomes furious when Wendy (unsuccessfully) tries to get custody taken away by proving that Darlene is unfit to be a mother. Despite the surprisingly loving environment that the Snell matriarch is able to provide, her criminal empire only takes a brief backseat.

After a few months of taking care of baby Zeke full time, Darlene announces that “maternity leave is over” and delves back into her drug-running business. Though she continues to take good care of the child, something that Wyatt also attests to multiple times, Darlene’s criminal involvements lead to some truly horrific outcomes, and baby Zeke’s tragic story becomes even more full of death.