Do Marty and Wendy Byrde Die in Ozark Season 4? 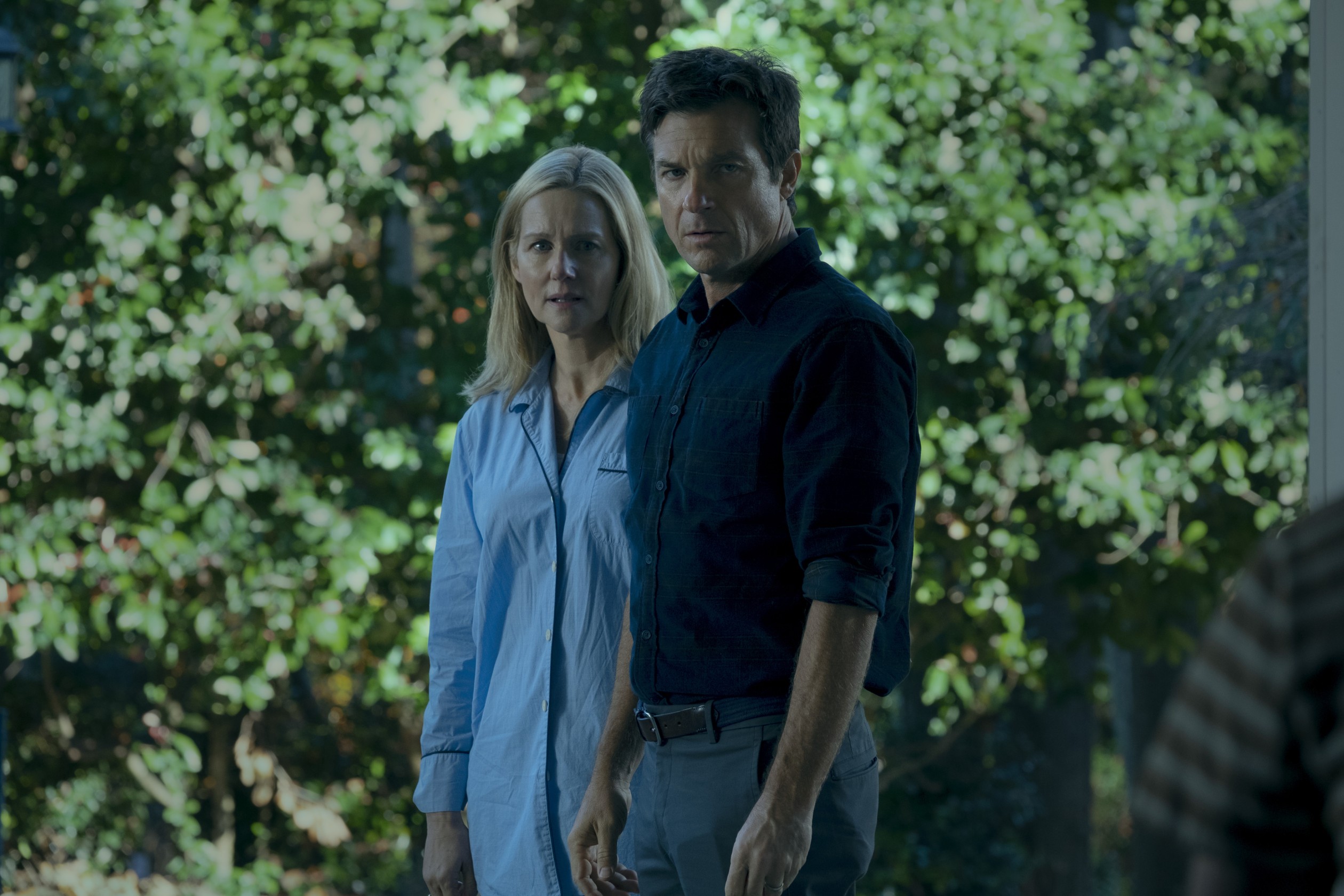 ‘Ozark’ season 4 finds our favorite Missouri power couple, Marty and Wendy Byrde, taking on even more outrageous ambitions. Impressed by their dogged navigation of ongoing FBI investigations and murky local politics, the Mexican cartel boss now entrusts his own freedom in their hands. With their added responsibilities comes an uncomfortable proximity to cartel violence, and the Byrdes have never been in as much danger as they are now.

Season 4 literally starts with Marty and Wendy wiping off bits of their predecessor’s skull from their clothes. So how far do they get? Can they stay afloat, or have the Byrdes pushed their luck too far? Let’s take a look at what ‘Ozark‘ season 4 has in store for Marty and Wendy Byrde. SPOILERS AHEAD.

Do Marty and Wendy Byrde Die?

As stated, season 4 opens with Marty and Wendy cleaning up after being spattered with blood when the cartel (and their) boss Omar Navarro has Helen Pierce unexpectedly shot. It is apparent he is sending a message, and the Byrdes hear him loud and clear. With the cartel leader entrusting them to make an immunity deal on his behalf with the FBI, they are now truly playing with fire. In fact, season 4 opens with all manners of ominous portends for the Byrde family. Their car — with all four of them inside — is involved in a horrific crash in the season’s opening sequence.

Next, Marty and Wendy are seen wiping the remains of Helen Pierce from their clothes, and finally, Navarro introduces his maniacal nephew, Javi, to the central power couple. Marty and Wendy are never quite out of danger but have so far remained untouchable because they work for one of the most powerful drug cartels in the world. Javi adds an entirely new angle of risk to their lives because he essentially is the cartel, and it becomes clear that even Navarro might not be able to save them if Javi wants them dead.

To make things worse, the impulsively violent nephew instantly distrusts the Byrdes and never quite warms up to them. At one point, when he thinks he finally has a reason to kill Marty, Javi reveals how much he’s been looking forward to it, saying he’s going to make a “meal” out of it. Another aspect that leaves Marty and Wendy’s fate in limbo is the car crash from the season 4 opener. Part 1 of the season (the first seven episodes) does not elaborate on the aftermath of the crash and essentially follows events preceding it. Thus, the last that we see of Wendy and Marty, they are in a horrific crash that could be fatal.

So far, however, till the end of season 4 part 1, both Marty and Wendy are alive. But of course, they are not safe — the truth is far from it. Ironically, the biggest threats to the Byrde power couple’s lives are their own “employers.” With Omar Navarro’s deal with the FBI going sideways and the cartel boss’ subsequent arrest by Agent Maya Miller, all fingers point towards Marty and Wendy, who essentially brokered the deal. Their boss has made it clear that they will die if he is not released from prison in forty-eight hours. Meanwhile, seeing his uncle arrested, Javi has lost what little restraint he had when dealing with Marty and openly threatens to kill him.

Thus, the Byrdes are not safe until Navarro is out of prison and Javi is somehow neutralized (which is where Ruth’s revenge rampage might come in handy). Their only other option is to flee the country — something they have considered before. Provided they escape the cartel and survive the crash, Wendy and Marty might just get out with their lives. In the meantime, they have a long way to go and much to resolve.

Read More: Who is Ben in Ozark? Is He Missing or Dead?