Do Darlene and Wyatt Die in Ozark Season 4? 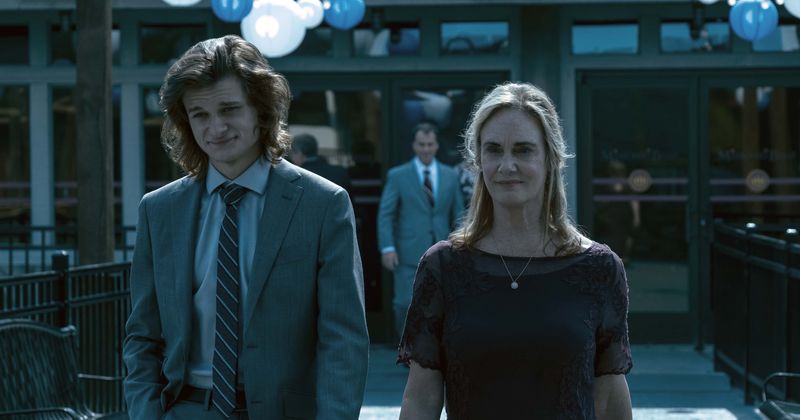 Remember the good old days, when all Wendy and Marty Byrde had to deal with were wholesome local, homegrown drug lords like the Snells? With ‘Ozark’ season 4 taking the central power couple up to new echelons of power (and danger), their old collaborator-turned-nemesis Darlene Snell is left to her devices and carves her own twisted path.

Though she starts distributing heroin again, Jacob Snell’s widow also transitions into a noticeably domestic lifestyle. Don’t get us wrong, Darlene Snell keeps up her body count with her signature murderous flair, but she also makes time to develop a delicate relationship with Wyatt. The dynamic between the two is one of the show’s most masterful pieces of character development. Could there be tragedy lurking around the corner? Let’s see where Darlene and Wyatt end up in ‘Ozark’ season 4. SPOILERS AHEAD.

Do Darlene and Wyatt Die in Ozark Season 4?

A little background first. Darlene and Wyatt fall into an unlikely but strangely well-matched relationship after the former bails the latter out of prison and offers him a job. Ruth, of course, can’t stand the thought of her young cousin dating a seasoned drug runner like Darlene, but Wyatt remains unmoved. However, even as she enjoys the added company, the Snell matriarch decides to restart her heroin production.

Darlene making and selling her own heroine doesn’t sit well with the Mexican cartel, whose boss still remembers their previous (disastrous) deal with the Snells. Darlene is not one for taking threats seriously, and Marty’s warnings about a potential cartel rebuttal are met with a sarcastic smile. When it does come, the cartel’s response is at the hands of Omar Navarro’s maniacal nephew Javi.

However, it is not a planned response but one of the impulsively violent cartel boss’ many savage and unexpected killings. Armed with the confidence of being a protected FBI informant, Javi bursts into Darlene Snell’s home and, sadly, shoots her before she has time to react. It gets worse, as Javi then turns to Wyatt and, after apologizing for not knowing who he is, shoots the young Langmore through the head.

Darlene Snell’s impending death is lightly hinted at as she is seen getting increasingly reckless (even by her standards)! When she finally shoots down the Kansas City mob leader, Frank, it becomes clear that Darlene plans to go down swinging. However, Wyatt’s senseless murder — though expected given that he’s chosen to live with Darlene — causes much more of an upheaval. The murder of Ruth’s cousin by Javi has far-reaching effects on the plot of ‘Ozark,’ most notably because Ruth now plans on avenging Wyatt. She has held herself back in the past in the interest of peace and on the insistence of the Byrdes.

However, Wyatt’s death is too significant and cannot be left unavenged. Thus, the longrunning chapters of two ‘Ozark‘ old-timers seemingly come to a close in season 4, but their conclusions open up a breathless new angle. Ruth’s hunt for the cartel boss to avenge her cousin’s murder will have disastrous consequences if she succeeds. The Byrdes’ and the FBI’s plans to use Javi as an informant will go up in smoke, and more crucially, Marty and Wendy might be shot on the orders of their impatient boss, Omar Navarro.

Read More: How Did Ruth’s Father Cade Langmore Die in Ozark? Did Wendy Kill Him?